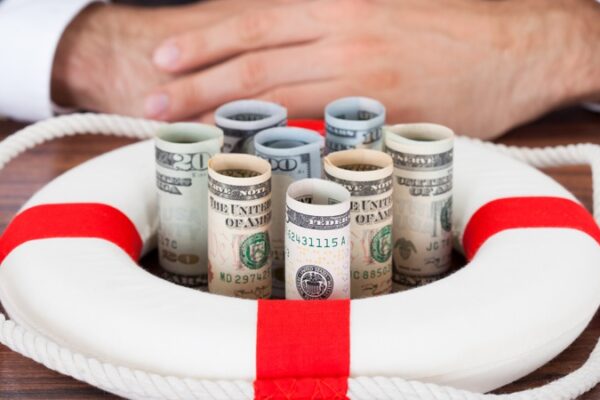 The U.S. Senate unanimously adopted amendments to the state program of support of small business. In an accompanying note to the”law on the flexibility of the program of protection of wages”reported:

“These amendments will allow small businesses more flexible and efficient use of allocated state aid”.

lines of credit that small businesses (500 employees) can use for salary payments. Also the money goes to pay for communal and rental

In addition, a process of writing off such loans. The first phase of the program took place in early April and identified a number of problematic issues, the solution of which is directed and adopted amendments.

However, changes in the terms of lines of credit do not remove questions left behind the attention of legislators. In particular, the trapped complex process of applying for cancellation.

This was stated by the Association of bankers and the Institute of banking policy. On the eve of the adoption of these amendments, these public organizations have sent a joint letter to Congress and the Senate. They offered software to automatically write off the loans of up to $150 thousand.

The reasons for the proposal the representatives of the major banks of America explained in the pages of the Wall Street Journal.

“The credit line proved to be burdensome because of large gaps in policy implementation of the program. In addition, instead of restarting and development of its production business will have to spend money to return loans.

In turn, banks will be able to focus time and resources on ensuring a safe and rapid recovery of the economy, instead of processing documentation in the design, write-off and subsequent return of loans or their delinquency”.

In defense of its proposal, the bankers told the government that 1% of interest on loans does not pay for the maintenance of such accounts.

Major financiers was supported by regional banks. In particular, the CEO of Sunrise Banks D. Reyling in conversation with the journalist of Fortune said:

“The vast majority of our customers are small businesses. And the biggest problem they faced is the design documents and calculations for decommissioning. They can’t afford the luxury of having a separate accountant, and we can’t afford to let our staff thought of everything for them.

It’s like when you’re trying to personally fill in his first tax return. You try hard to understand accounting language and jargon that just don’t understand. And then it turns out that all you did wrong and forgiveness of the loan will not. It’s annoying”.

In turn, L. Morais, a financial Advisor from Funding Circle, in an interview on CNN noted that the current terms of write-downs of loans much pressure on the creditors.

“The adoption of legislation that would automatically forgive all loans less than 150 thousand dollars, would allow the banks to return to what they really want to do — to traditional loans,” said Morris.

In addition, according to him, even under threat of bankruptcy due to the pandemic, borrowers with care applied for loans.

The reason is the threat to be among those who “write-off of loans is not allowed.”

“The process confusing and complicated. The business does not know if he can hire people back. Therefore he does not want to risk driving yourself into debt and not having full confidence in how it looks for forgiveness,” concluded Morris.