Another change of the maximum recommended rates were the most negative in recent times.

Since August 2019 KDIF 13 times the parameters are changed, and the third time his recommendations do not include the increase. Moreover,

It is quite strong: for a number so low interest rates not seen since at least August 2019. Among them:

“In accordance with a decision taken on the gradual decline in interest rates on short-term deposits, KDIF is 1 percentage point reduces the spread to the base rate.

Thus, gradually decreased the gap between the current base rate at 9.5% and previously approved rates for deposits of physical persons”, — explained in KDIF. 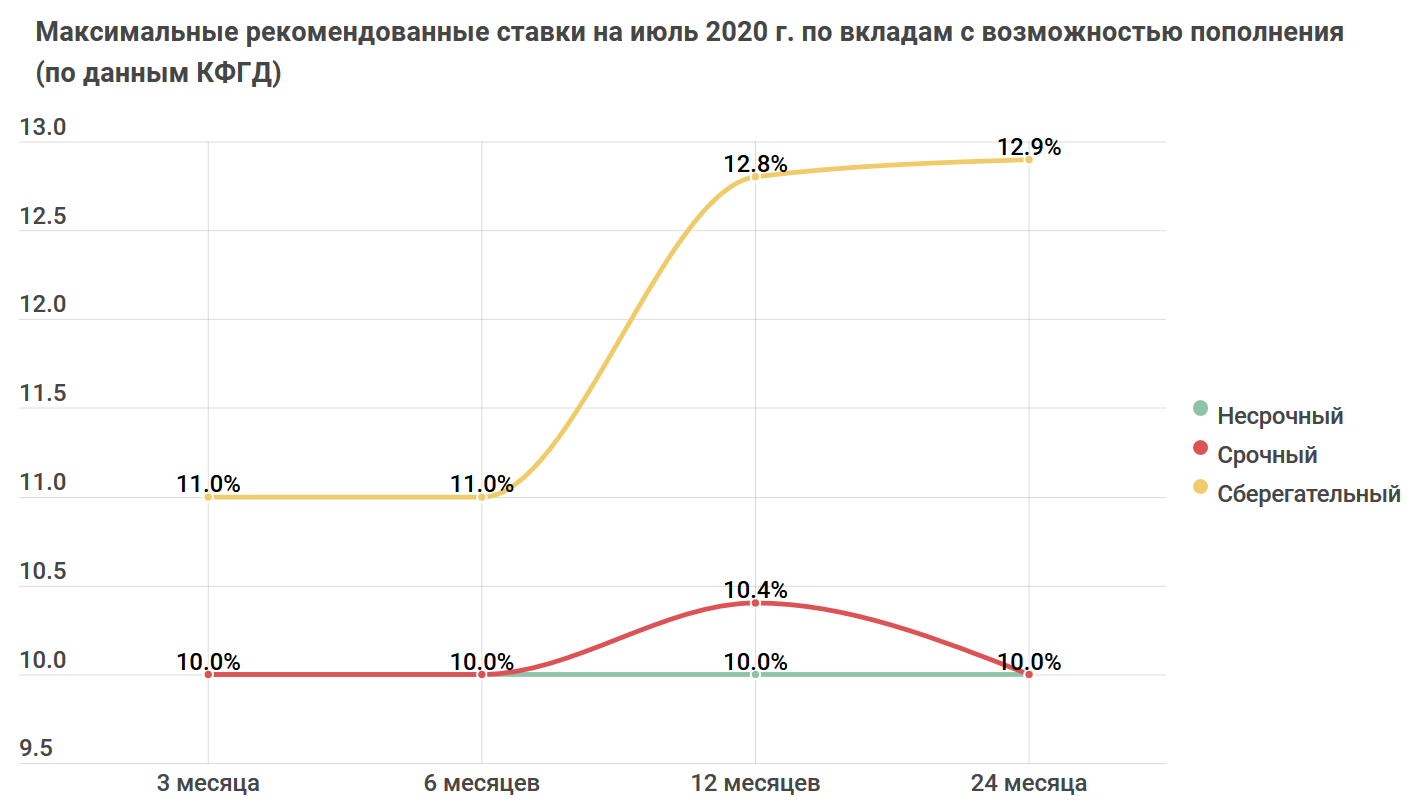 The difference in rates of almost 5%

The only types of deposits, the maximum recommended rate on which is not reduced, that savings deposits at 12 and 24 months regardless of the possibility of replenishment.

These are the deposits, which not allowed the partial early withdrawal – only complete. In case of early withdrawal, the Bank will reduce accrued interest up to 0.1% per annum or lower, and the money can be issued no earlier than 30 days.

In July the maximum rates remain at the June level. That is an increase of 14.9%, if we abandon the possibility of replenishment, and 12.8 to 12.9%, if you leave the opportunity.

“Maximum recommended rate on time and savings deposits at 12 and 24 months are calculated based on the weighted average of interest rates for which they were engaged” — reminiscent of the KDIF.

Ppoluchaetsya interesting picture. The decrease in the maximum rates on term deposits says that Kazakhstan is ready to bear money in banks, and a smaller allowed percentage.

And stable conditions for savings deposits, by contrast, indicate that the population is not ready to trust their money to banks for a year or two without the ability to remove them early.

As a result: the difference in interest rates between the time and savings deposits at the same time and with the same terms of now is from 2.4 to 4.1%. This big difference was not. 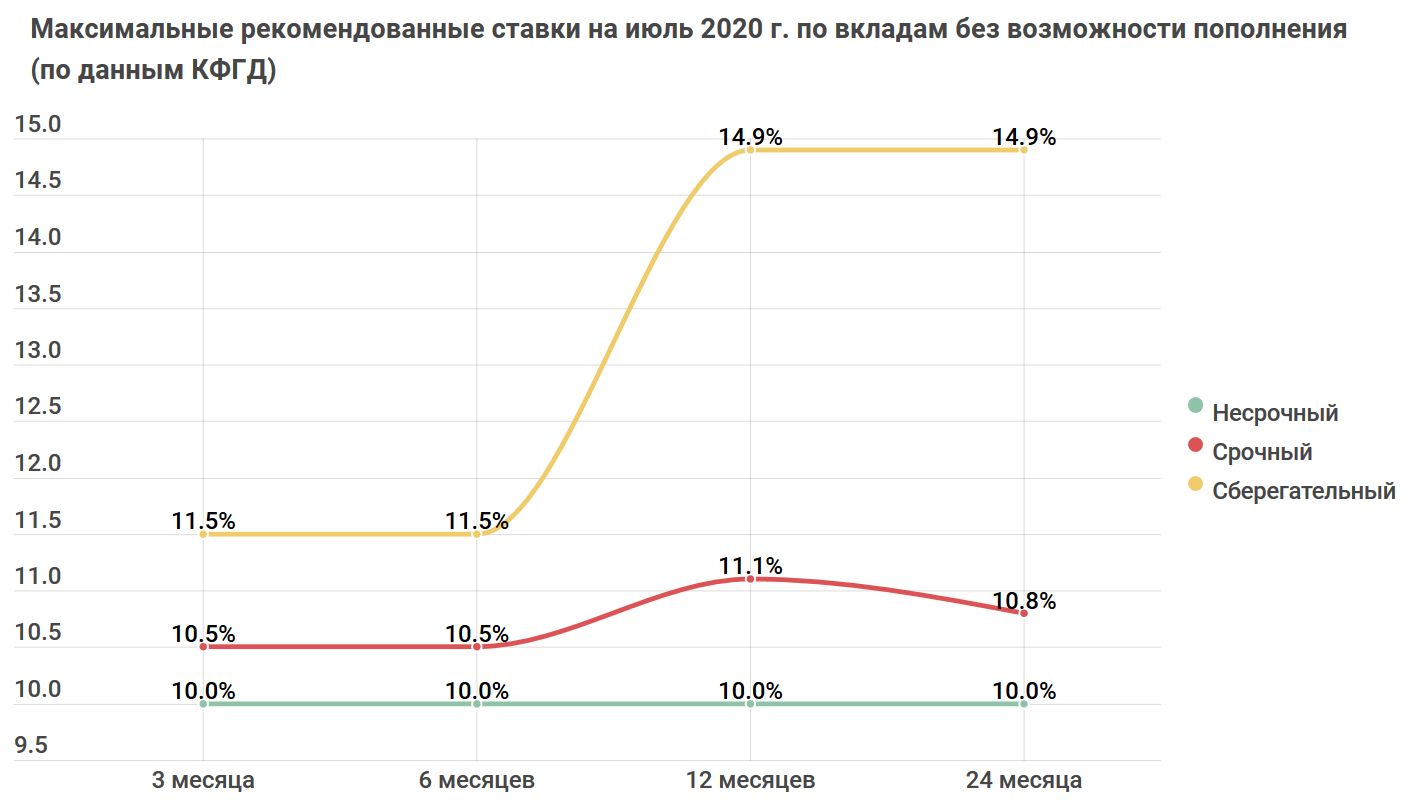 Things to remember when opening a Deposit?