By the end of 2019 we can say that the financial system of the country has stalled. On the positive side can be noted, the insurance sector and pensionku. Banks and stock market are in apparent stagnation.

To support banks expended considerable state funds. However, the impact is not. Over the past year the role of the banking sector in the national economy decreased.

As can be seen from the graph, the analysts of the national Bank, the negative trend for these indicators emerged in 2016. Earlier similar happened in 2010-2012, immediately after the global financial crisis.

By reducing the role of the banking sector in the national economy at the same time growing and its concentration. Thus, the share of 5 largest players in total assets last year rose from 62.4 to 63.0%. Total customer deposits increased from 64,1 to 65.8 per cent. At the same time decreased the share of the five largest banks in total loan portfolio from 61.8 to 60.8%.

Despite problems in some banks in the past year significantly (26.4%) increase in total net income of the banking sector. Rose and rates of return:

Decreased role in the national economy and the domestic securities market. According to the regulator, the ratio of the capitalization of stock market to GDP of Kazakhstan fell last year from 35 to 26% and the bond market from 27% to 18%. Themselves as stockbrokers reported a decline last year, the total trading volume on KASE by 7.6% compared to the 2018. 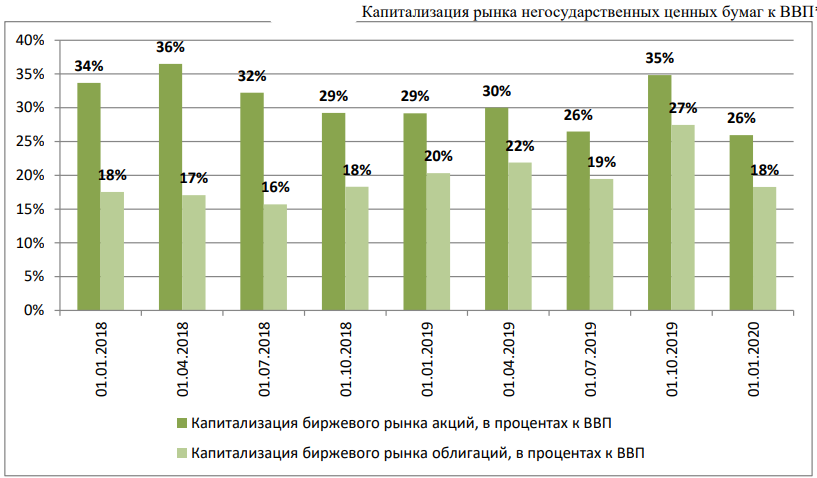 Against this background, the dynamics of the key indicators of the insurance sector looks definitely positive. Recall that this sector, unlike banks, does not receive state support. The ratio of his total assets to GDP increased last year from 1.78 to 1.95%, own capital – from 0.80 to 0.90%, insurance premiums – from 0.65 to 0.82%. 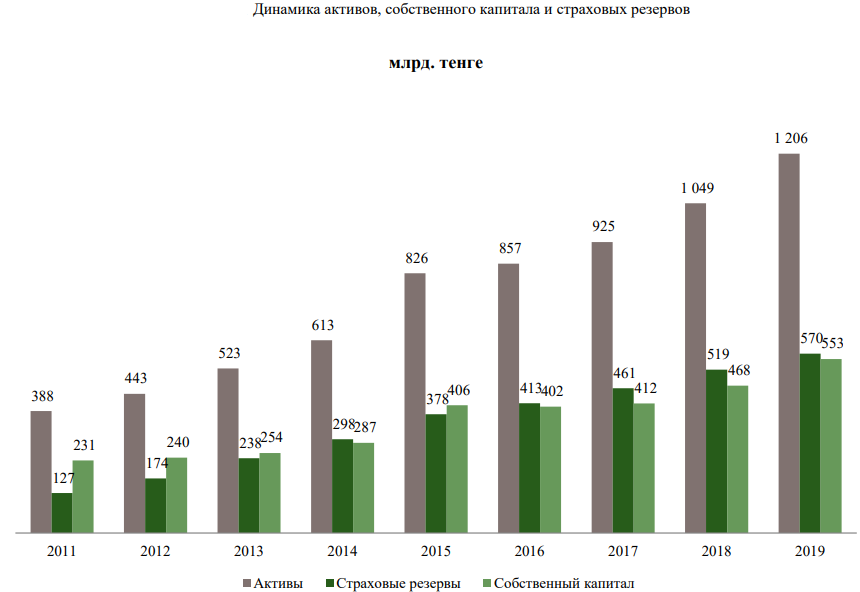 A positive trend has developed in terms of volume of pension savings to GDP. After declining by the beginning of 2017 this figure then grew and by the beginning of last year reached 15.7 per cent. However, its subsequent dynamics is difficult to judge, as data controller submitted two scores.

By the way, in the final publication for last year’s banking sector is another GDP – 67 trillion 668,4 billion tenge.