A feature of last summer has been the rapid growth in the volume of transactions for currency swaps on Kazakhstan stock exchange (KASE). At the same time on the spot market turnover has declined steadily. 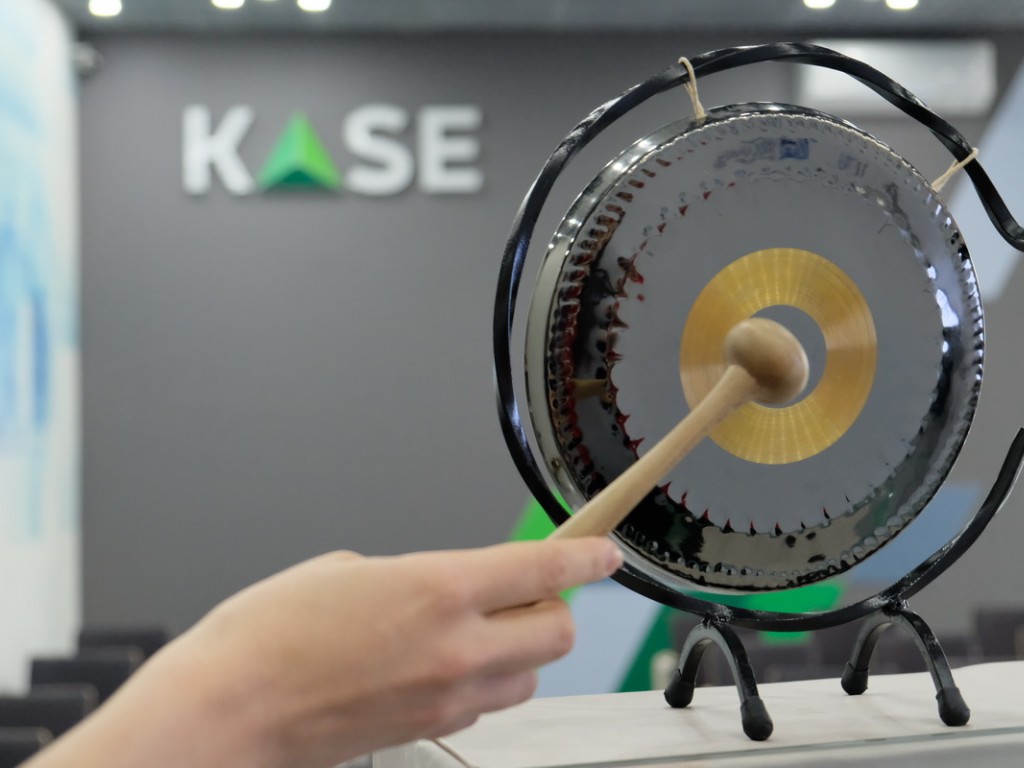 As can be seen from the data of stock market analysts, in August the swap market was to reach the maximum. Such volumes of foreign exchange transactions was not for several years.

The turnover of the swap market the last summer month amounted to $7 billion 143,7 million, compared with July increased by 3.9% and in absolute terms – by $270.5 million

In this sector of KASE growth began in June, and then the speed increased every month. Recall that the swap market banks take mainly dollars from each other and from the national Bank, and

It is also worth noting that the highest activity in August and January-August distinguished interstate “Eurasian development Bank”.

The population and the dollar

But Bank customers are clearly in no hurry to stock up on dollars to import goods and services.

On the spot market of the current year high was reached in June. Then the volume of deals in this sector of KASE reached $3 billion 931,9 million In July, the turnover fell by 30.8%.

Paradoxically, while official data on foreign trade of Kazakhstan indicate considerable growth in imports in the July. In relation to June to 17.1%

In August, relative to July, the decline in turnover on the spot market amounted to 6.0 per cent. As can be seen from the data given in the table in recent years is the minimum result for the last month of summer.

This negative trend looks rather strange against the background of strengthening of dollar to tenge during the last months of summer because of July green rose 0.9% and in August by another 0.6%. 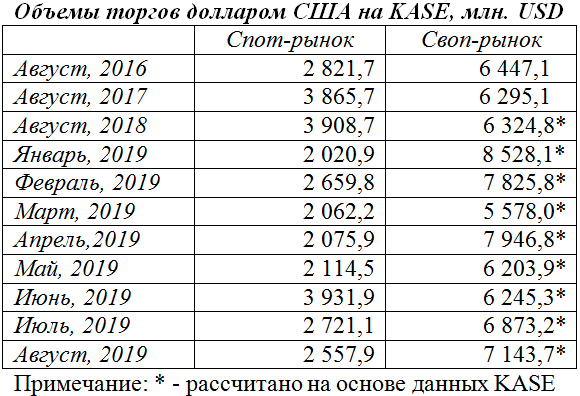