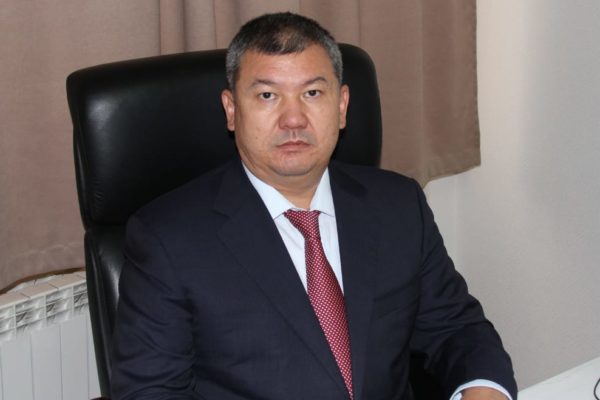 The impugned order of the Ministry of agriculture issued April 2, when from-for quarantine in Kazakhstan had serious restrictions on exports of grain and vegetables. The document provoked a storm of criticism in the Agency. Many said that the Agency has shifted its function of distribution of export quotas to the Quartet community organizations. Grain Union, the Union of grain processors, oil and fat Union and the Union of vegetable and potato growers of Kazakhstan became the very lucky ones who with the submission of the Ministry of agriculture delegated the authority for receiving and checking of applications for export.

manufacturers, which quotas are not inherited at all, appealed to the President Kasym-Zhomart Tokaev to intervene

After 2 months, namely from June 1, the strange order of the Ministry of agriculture has lost its power. But businessmen believe that for lost profits and the violation of their rights, the state Agency needs to answer.

Executive Director of the Union manufacturing industry Adilbek Bektybaev on his page in Facebook wrote about the plans of a group of businessmen to defend their rights in court. The MediaPortal 365info more he told the story of this conflict.

Functions are there, there is no liability

Order, you are going to challenge, has had some serious consequences?

— This order was preceded by the presidential decree to the government on the adoption of measures to ensure food security. The government, to enforce the decree, ordered the competent authorities to issue regulations with the rules and other details. The Ministry of agriculture has set quotas for grain, potatoes, flour and other items.

We are now interested in the question of grain exports. Because the state Agency of its order made 4 public enterprises by the competent authorities on receiving applications, their verification and distribution of quotas.

What we have in the end? Grain Union of Kazakhstan in April, 78% of the quota was given to its members

Some exporters got such tiny amounts that they were forced to abandon the export. Anyone not able to submit an application.

— Does the Department not know about this?

— The court will ask. The Ministry of agriculture is trying to prove to us that in this case, a non-profit organization according to this order give the state some service. That is not contrary to the laws. But the distribution of quotas and establishing the rules for the market — it’s not a favor, it’s garfunkle. And this function is assigned to the Ministry of agriculture. The law on regulation of trading activities that specifically prescribes.

We have appealed to the Ministry of agriculture with the request in this order.

The result was that abiznes violated the rights of the business, giving two-thirds of the quotas on grain exports “to your business.”

So in terms of giving public organizations, with which the unions are, state powers, Ministry of agriculture wrong.

Perhaps the two-thirds of the Grain Union do meet the requirements and rules?

— How to check? They’re not a government Agency, we require that they can not. Given the complaints of several companies, with the allocation of quotas was not all pure. Suppose the application, the exporter filed, and it was simply discarded as not relevant. To understand the legality of these actions of the Union only in court.

When the decision is made, the issue will lose relevance. The exporter did not return the car on time in April to get his quota?

We even think to bring to this topic and the anti-corruption Agency. A lot of bad things POPs up, but for now, in order to avoid charges in my address, I won’t tell. But private determination in the address the Ministry of agriculture was fully deserved.

— Transfer of state functions to self-regulatory organization could be with the compulsory membership of all grain traders in the country. But in the Grain Union is not all exporters. Similarly for other unions from the list of “authorities”.

— Do you think that this idea belongs to the Ministry of agriculture or unions for such a gig selling?

— Let’s assume that the order approved by the Ministry of agriculture. On what basis he did it, we don’t know. “To help businesses with business” — it doesn’t work, because unions are not business entities. They represent the interests of the business and makes a business that is not part of their ranks, to work with their Union. This was the only condition for exporters to realize their right to export products. In any case, the onus is on minselhoza.

The order is cancelled, the consequences were

— How many exporters have stated the violation of their rights because of the order?

— With the exact number being defined. But several companies have already declared itself. The analyst will be ready to trial.

— Is it the officials are so overwhelmed that they decided to get rid of the “quota ballast”? There must be some explanation for their actions?

— If they fail to do their job, albeit generally they won’t do it. I do not understand this message. There is no other authorized in this issue of structure, except for the Ministry. And to the point. If it’s so important to get rid of this feature, then you need to make changes to the legislation.

— For what term the unions got their powers?

Before September 1, but after may 14, we made noise, and some businessmen have written to the President, the Ministry issued another order. About the cancellation of his controversial orders from 1 June.

But they canceled the order or not was canceled, has no values. The fact of the transfer of state functions to non-profit institutions was 2 months sure they use them

Some businesses suffered. Missed them the benefit of we in the court will understand. A very serious topic. Not only that, by themselves, the quota affected the interests and revenue of exporters, so also is this trick of the Ministry of agriculture has finished them off.