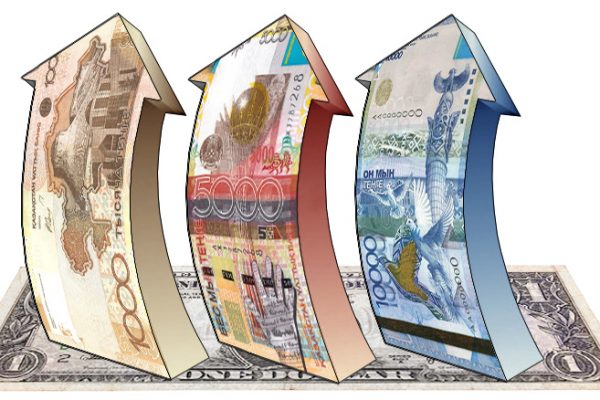 The idea of the Ministry of energy to release gas prices November 28, quoted by news Agency LSM. Vice-Minister of energy Makhambet Dosmukhambetov said that he understands the consequences of non-regulation prices. However, no alternative to consumers do not offer. So by the end of 2020 in Kazakhstan is likely to be another free market gas. How to live, and are there other options not to condemn the people of Kazakhstan on expensive gas, said the chief researcher of the Institute of Economics of MES RK Oleg Egorov.

To release the price — nothing easier

— Oleg Ivanovich, as we have a gas market is not competitive, and the country is gas, will not happen so we output get too high prices for consumers?

We slowly released the price of AI-92, diesel fuel. What it led to, know everything. 3 years shakes consumers, nobody knows what will happen next. There is a proposal from the new year for 10 tenge to increase the excise tax on gasoline. Now it is 8 tenge per liter, is 18 tenge. Price released, and when there is a need, we give the following explanation: the budget needs money. The paradox, of course. The second — on the border with Kazakhstan, the Russians refuel our gasoline.

The stupidity of it all, and we must read and believe

Meanwhile, when released the prices on them who wants it and is affected. Same will happen with natural gas. When we send it for export abroad, orientirueshsya to world prices. And in this context conclude the contract of supply. This is our commitment. And on the domestic market after the failure of the state price regulation, the holder of the resource may at any time modify the terms and rates. And it is very bad for the consumer.

— You do not see here a direct connection with the rapid gasification of the country?

— To supply gas to Central Kazakhstan, the capital and other towns of the country is very expensive. They somehow need to recapture. And then it turns out that the easiest way to do this is to release the money. And then install some high threshold.

— Given the appetites of our monopolies, we get a transformation more or less cheap natural gas into expensive. What is the solution?

Outputs a lot. Go to normal economic control levers. Discard many of the intermediate structures that are fed by oil and gas.

If you look at the diagram of the movement of oil from the rockers to the gun, there’s dozens of strange parties

Which have no relation either to production or to transportation, or processing. This is the first place where you need to restore order.

you need to deal with a huge structure “Ministry — “Samruk-Kazyna” national company”. It contains thousands of useless people with very large salaries

Money for gasification can appear due to the careful approach to this hierarchy. Leave only the right people, 10-15 times the smaller number. The consumer will soon become easier. You’ll see.

Reinforced restrictive measures imposed till 7 a.m. on June 8. It is reported coronavirus2020.kz with reference to the chief sanitary doctor of the region. Prior to June 8, the intersection of the quarantine zone is prohibited Atyrau. The exceptions provided for in the document local operational staff. They apply in particular to the transport organizations of life support. In Zhylyoi district is the Tengiz oil and gas field, where on 20 may the coronavirus was…