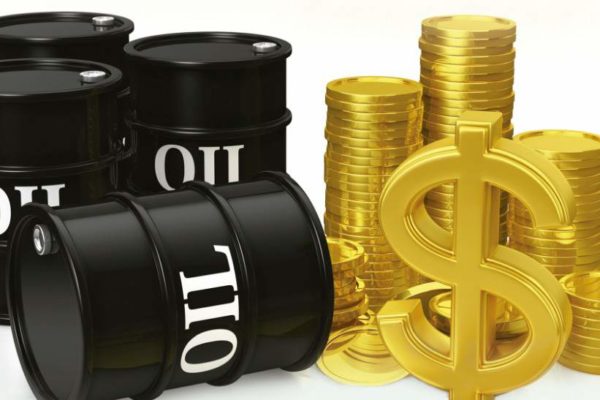 Chinese oil companies together to reduce the cost of purchased oil. According to Bloomberg, the talks on forming groups for joint purchases of oil abroad is led by several state-owned companies.

Among them are giants of the industry such as Sinopec, Sinochem, PetroChina and CNOOC. One of the reasons for the formation of the Union – the rise in prices for raw materials on the spot market. It occurred after China’s economy began to recover after the epidemic COVID-19.

The currencies of developing countries are no longer dependent on oil

If agreement can be achieved,

the world will see the uncontested largest buyer of oil

Together, the company imports 5 million barrels of oil per day. The possibility of the global production is currently estimated at 100 million barrels, but are limited by the Treaty OPEC+ and relatively low prices, making some companies unprofitable.

And it affects the price of oil, avoiding price wars among themselves.

It is noted that the first members of the Alliance plan to jointly apply for the purchase of some varieties Russian and African oil. First, the purchase of Siberian oil can be served in July. In the future, the Alliance can connect and independent refiners, including the so-called “kettles” (small refinery) from Shandong province.

According to Bloomberg, the formation of the Union has already received approval from the government of China and the relevant regulatory authorities. The benefit of this experience is already there.

For Russian companies this Association is rather bad news. However, nowadays, the oilmen and the so worried not the easiest times. On the one hand, Russian oil is trading at quite high prices. So, the premium for Brent is $ 2.5 per barrel, the highest since 1994. But on the other hand the buyers are looking for more budget options. As a result, deliveries to Europe from Russia are falling.

In particular, in July, the Russian oil export via the ports of the European part of the country will be only 2.28 million tons, or 540 thousand barrels per day — 42% less than in June. This is the lowest since 2003.

The place of Russian oil to Europe is varieties from the USA, Norway and West Africa

They are not only cheaper, but also more light – processing is cheaper.

However, Russian oil is a big plus. They sell the raw material, which trades on European plants for several weeks. The American and African brands longer delivery times, which requires significant changes in the logistics system. However, in the case of tightening quarantine measures and falling demand, this advantage will no longer play a big role.

The market will recover soon

Another difficulty faced by exporters around the world, it is relatively low raw material prices. The agreement OPEC+, and the gradual easing of the quarantine in many countries, lifted prices slightly above $ 40. However, the higher values was not achieved. Although many experts predicted that by mid-summer Brent will rise to 50-55 dollars.

Now the forecasts are far less optimistic. For example, the head of Shell Russia Cedric cremers noted that the recovery in prices will take at least another year.

“We believe that oil prices will remain lower than in pre-crisis period, in 2021, and possibly until the end of 2021. This is the forecast on which we rely in our planning,” he said.

Experts believe the crisis in the oil market 2020 was the strongest in history. According to various estimates, the demand for these raw materials because of the pandemic will fall by 8-9 million barrels per day. To restore market and expenditure accumulated surplus market will take time. Fitch estimates that it could take several years.

In preparing the article used materials of RBC and Finanz.EN