In September, annual inflation declined in Kazakhstan and Russia. However, in search of stability, the Central banks of both countries are moving in different directions. And the Russian way looks interesting. 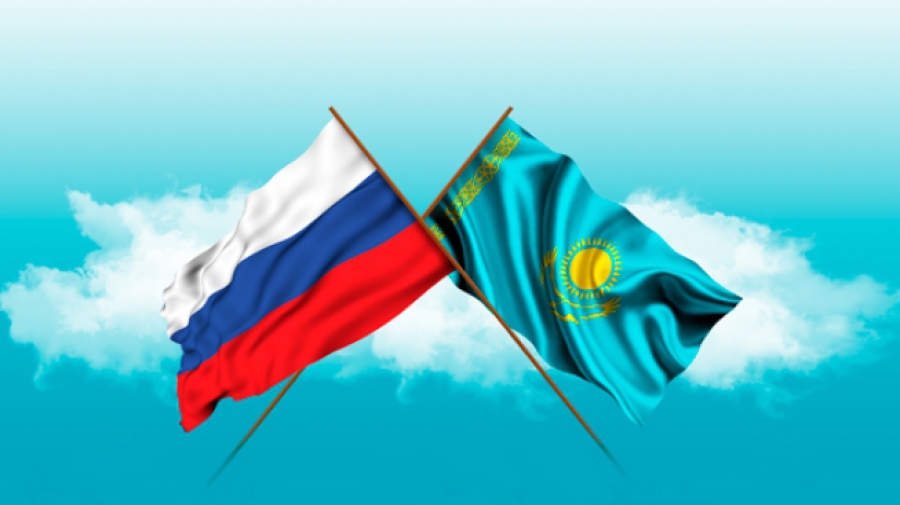 According to official data, annual inflation in Russia in September decreased to 4.0% (in August was at 4.3%). Thus in September compared to August by 0.2% decreased consumer prices, whereas last year at this same time he observed their growth.

It is noteworthy that the fell not only food products (0.4%), which is usually in the season of mass influx onto the market of a new crop, but also paid services for the population (0.2 percent).

In early September the Central Bank decided to drop the base rate by 25 points to 7% per annum.

It seems that the easing of monetary policy (DCT), i.e. depreciation of money did not prevent the reduction of inflation. But Russia is still under sanctions of the West and does not remove retaliatory bans on food imports.

It turns out that the Russian economy is the exchange of sanctions went only benefit. This is not surprising that the head of the Central Bank Elvira Nabiullina at the Sochi forum “Finopolis 2019” literally sparkled with optimism. She stated that once again, for the fourth this year, the inflation forecast is revised. And in the downside.

And what we have

Yerbolat Dossayev, Chairman of the national Bank of Kazakhstan also participated in the Sochi forum of financiers. However, in a press release of the national Bank any of his statements on the subject of reducing inflation and adequate changes in the DCT are not given.

Meanwhile, after the increase in base rates in early September to 9.25% annual inflation in Kazakhstan in annual expression has fallen to 5.3%. But statistics clearly shows that this

positive is not due to market factors, and strong government control over the price appetites of the monopolists in the housing sector

After a year the tariffs for paid services for population rose only 0.7%, considering that the food products in annual terms rose by 9.1%.

In Russia the increase in prices for these items were, respectively, 4.0% and 4.6%, respectively. And non-food goods went up the neighbors by 3.4%, while in Kazakhstan by 5.4%. 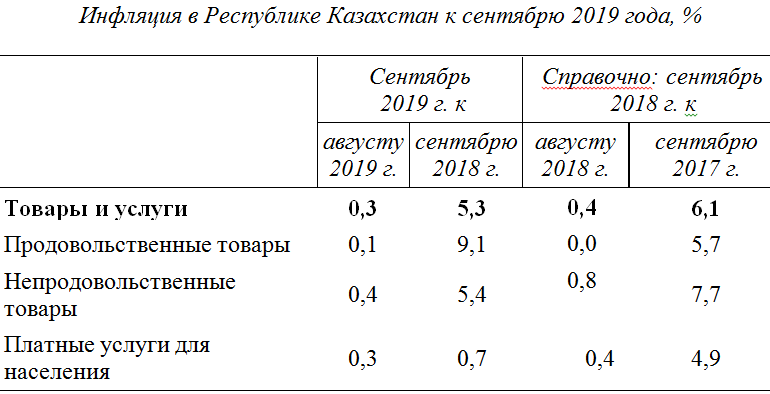 Recall, speaking about the increase in the base rate, the Minister stated that the dynamics of actual inflation above the sum of the forecasts of the regulator. Since August the level was expected to be 5.1 to 5.2 per cent.

At the end of the forecast round,

in the next 6 months, the national Bank expect inflation to rise

The difference is not in favor of Kazakhstan

How to react now the national Bank the decrease of annual inflation in September, it will become clear on October 28. On this day the Board of the regulator will take a decision on the base rate.

The Board of Directors of the Russian Central Bank will make its decision on the key rate earlier – on October 25.

But in any case it is apparent that the result of DCT easing by the Central Bank and its tightening of the national Bank of the divergence between Kazakhstan and Russia on key macroeconomic parameters grows.

As inflation in Russia, as the cost of money is lower these factors quite naturally reinforce its attractiveness for living and doing business with borrowed funds.

In Kazakhstan, while the higher rates on deposits in national currency. But it is unlikely that this factor can be considered particularly meaningful. After all, the dollar in Russia has fallen since the beginning of the current year by 4.3%.

In Kazakhstan, on the contrary, since the beginning of the year, the dollar rose 1.4%