Also over cash and motor fuel. 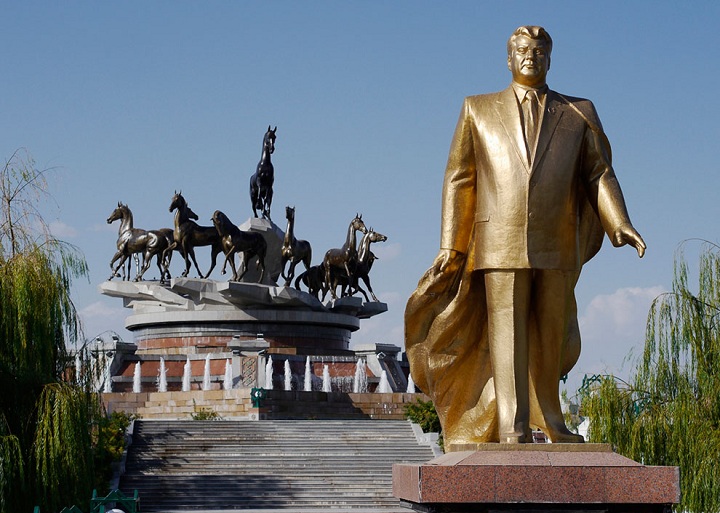 In Turkmenistan again the food crisis, foreign media reported. In the state stores some products disappeared altogether, and to private traders to sell do not allow. Prices, meanwhile, rose and those and others. Due to the General depletion decreased even the size of bribes, sometimes several times.

No money, no eggs

In Turkmenistan a new round of inflation and food shortages, reports Azatlyk. Prices jumped all the products, and the shelves of the state stores lost some products. Privateers still remained, but several times more expensive. In Ashgabat disappeared eggs and for some reason the carrots. In Mary, too, eggs, and home-allegedly not even on the market.

What happens in Turkmenistan, really? review

The traders say they are not allowed to sell. Sell furtively, only those whom you know, put in black bags, so it was not so noticeable — say the journalists of the portal.

Even those products, which is still sufficient, prices rise. Some people believe that the shortage and rising prices started with Eid al Adha, which is celebrated from 11 to 14 August. But the authors argue that in 2019 it had quite modest. And just because people are impoverished.

The previous price hike was in July, and many experts attribute it the government’s intention to increase salaries from the beginning of 2020

— Traditionally in the beginning of each year in the country by ten percent, raise salaries, pensions, allowances and scholarships.

This increase in wages is accompanied by a doubling of prices,

Turkmen.news reports that the country again began having cash flow problems. Even at the ATM to withdraw money is not so easy – turn they do not disappear even at night. Although most such crowds in the beginning of the month — when people list the salaries and pensions.

It lasts from mid-2017 and has since regularly escalates. Then the Turkmen authorities decided to impose universally a cashless form of payment. But appropriate measures taken did not bother

To pay with card is possible only in big supermarkets, but it’s expensive. Why people prefer to buy in markets, but there, only cash.

Because of the crisis became even less of a bribe

Meanwhile, Central Asian news service reported that in the South in the Mara is over, and gasoline A-95. It can only be found on one filling.

— In Lebap province also there is no quality of gasoline, the fuel of a lower quality sold by normalized. In the Eastern region, except for 95-octane gasoline, no 92, — notes the Agency.

The lack of 92-octane and 95 began in June. But now in short supply and a low-octane fuel. In the same lepape A-80 only sell five liters per car.

Supposedly, they cause harm to the environment.

— The first time the amount of the fine of 300 manats, but you can avoid the penalty by giving a bribe of 20 manats (about 6 dollars at the official rate).

And in the schools of Mary velayat (though not all) demand to hand over the money to buy a flag and portraits of the President. But

parents suspect that the money the administration and faculty will take

With each 11th grade student to collect 400 manats. Sometimes the required amount is increased to 500-600 – if the parents have relatively high incomes.

teachers have warned that money will affect the assessment at the end of the school year.

And automatically the possibility of further entry into higher education, because with the triples in the certificate this will make it difficult.

Central Asian news service claims that Turkmen universities was ordered to pay for school students in 2019. Although previously stated that just over a third will study for free.

The Agency Gundogar , Turkmen official accused the media of falsifying reports on the meeting Berdimuhamedov with the Minister of foreign Affairs of Uzbekistan Abdulaziz Kamilov. In the second half of August that arrived on a working visit to Ashgabat. The plans were meeting with Turkmen counterpart Rashid Meredov, nothing more on this occasion a press-service of the Ministry reported.

The fate of the President: where did Gurbanguly Berdimuhamedov and what he managed to remember?

However, the result showed the plot of the Kamilova meeting with President Gurbanguly Berdimuhamedov. Later wrote about the same thing and Turkmen Newspapers, and the Uzbek press is nothing of the kind ever published.

— The plot was assembled from often alternating large and medium-sized plans separately Berdimuhamedov and Kamilova, taken at the same negotiating table, but in a different light. In addition, the position of the negotiators at the table relative to each other several times clearly have changed. The whole story was fully voiced-over text without background noise. The same speaker was fully voiced interview Kamilova, supposedly written after the meeting with the Turkmen President, according to the Agency.

As you know, Berdimuhamedov for some time disappeared from the media and even rumors about his death. However, in the end denied them, but where in fact a few days was the Turkmen leader – is still not very clear.

The more stolen, the less you give?

The portal Chronicles of Turkmenistan has shared details of one of corruption stories. However, it is the perpetrators of serious punishment has not suffered, having got off “easy fright”.

In the first half of August, Berdimuhamedov dismissed two prosecutors: the Baycan Baganova and Eliminate Eganova. The wording reads “for inadequate execution of official duties”. But the reporters conducted their own investigation and claim that these transgressions were much more serious.

Chronicles of Turkmenistan: billions of dollars in contracts to the President’s family — media review

Baijanov was a Prosecutor in Koytendag etrap of Lebap province. He allegedly engaged in systematic theft, including designed for himself and his family five houses belonging to the municipal services.

The Prosecutor Dovletli district of the same province of Eganov illegally bought two houses, who also belonged to the utility.

Both had a joint business, but wages their workers were paid local entrepreneurs

The list of transgressions cigarette smuggling from Uzbekistan, but there is also illegally exported diesel. The same one that Turkmenistan itself is actually in deficit.

For three months in Uzbekistan, has sold about 280 tons of gasoline A-92 from the quota allocated to Turkmenistan Dovletli and called Koytendag. In this case the result also holds Uzbek side, the portal writes.

However started whether the former Prosecutor of the criminal case at home or they have got a simple dismissal — was unclear.