6.9% for the year increased the price of the main raw materials – fresh milk. The growth in the Republic was uneven. For example,

Varies widely and the total cost. Liter of pasteurized milk in Almaty for almost one and a half times more expensive than in Taldy Kurgan: 270 vs 190 tenge. The average price in the Republic at the end of December was just over 251 tenge. 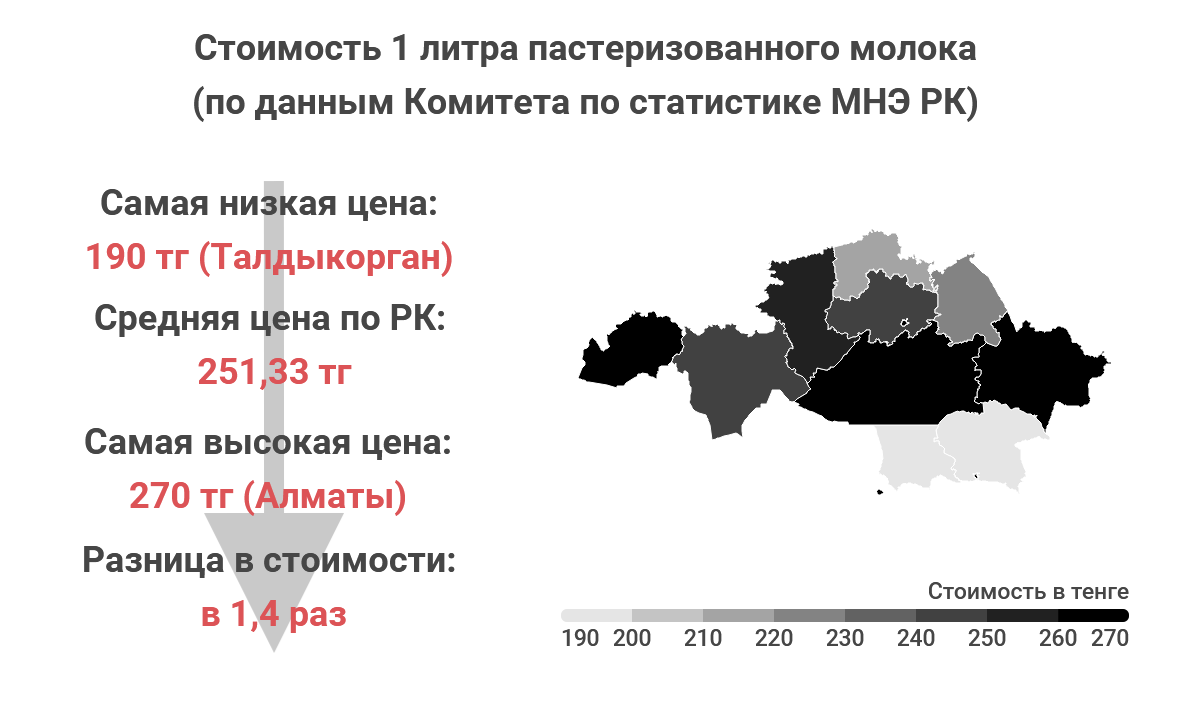 A significant difference in price and other dairy products:

But the biggest difference in price (more than double) for butter and cheese. In Pavlodar, for example, a kilo of butter can be bought for 1 848 tenge in Aktau for the same amount you give a 3 944. The average cost for the Republic – 2 368 Tg (growth in prices over the year to 11.3%).

The most expensive cheese sold in Atyrau – the price per kilogram 2 143 tenge, and is 34% higher than the average figure

But the further North-East, the lower the price. The minimum in Petropavl: according to official figures, here, the cottage cheese will cost you 1 147 tenge. 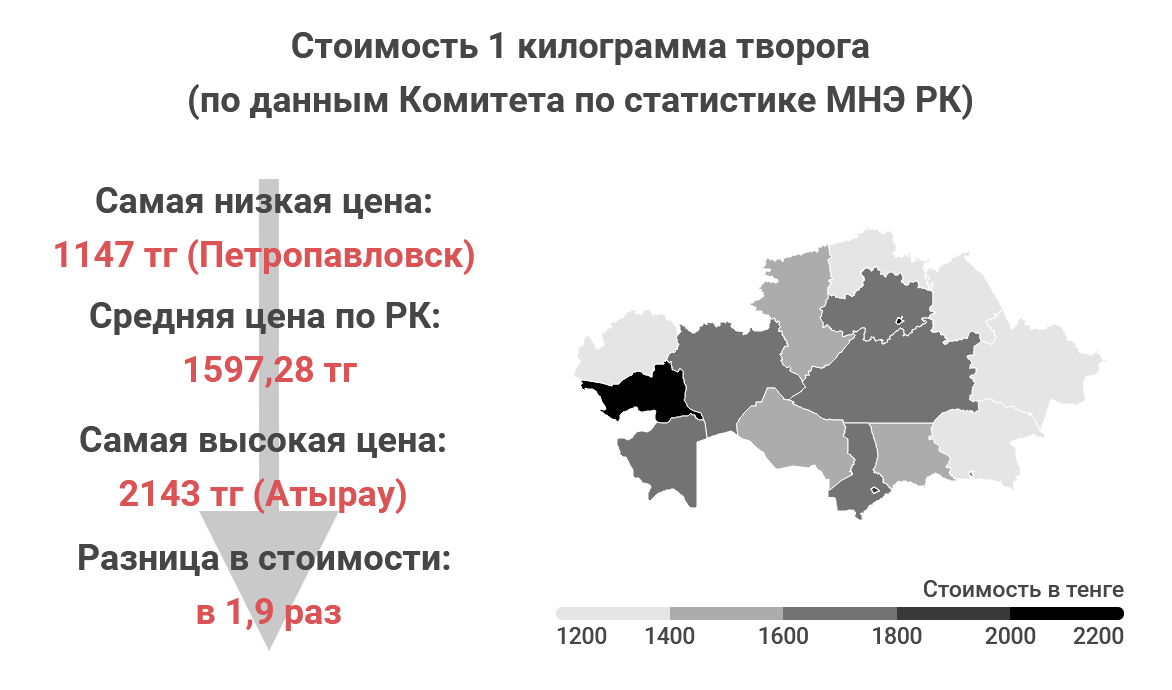 Groceries: the only balance sugar 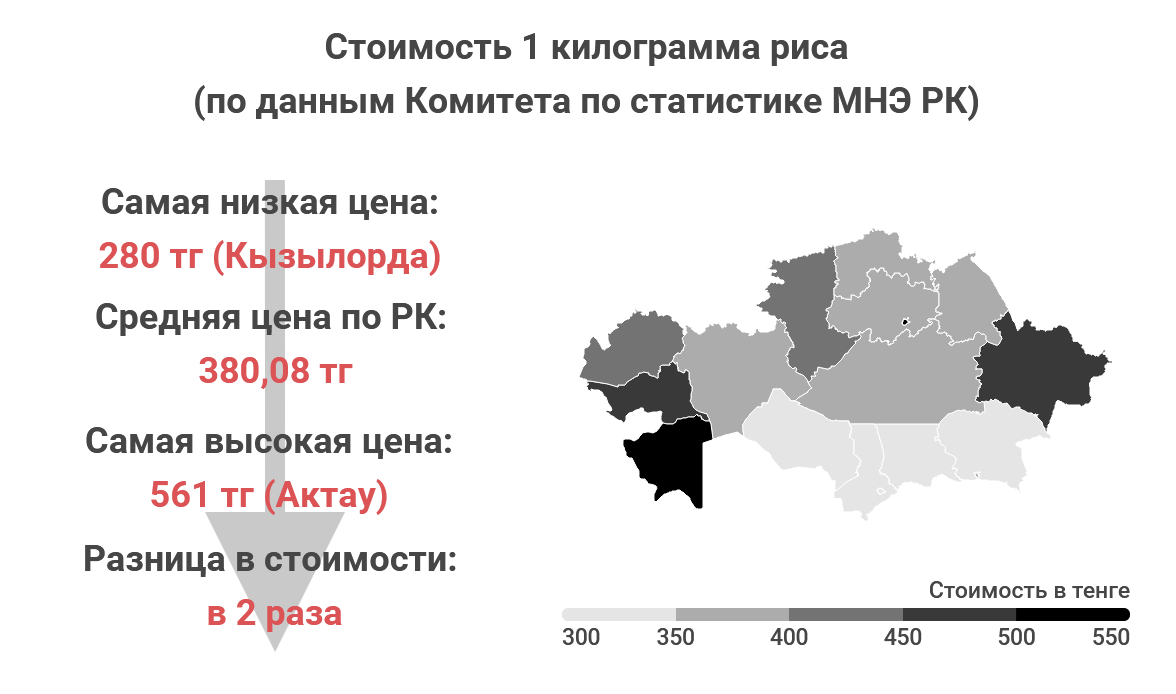 The price difference depending on the region observed and other items of groceries. Thus, the cost of buckwheat is characterized by 76%. Residents of Nur-Sultan, for example, are you buying it in average of 418 Karaganda – for 238 tenge.

The difference in cost makoronnye products is even higher: a kilogram of horns in Aktau is 490 tenge and in Turkestan on the money you can purchase a 2.3 kg (210 tenge per kg).

Cheap chicken eggs sold in Kazakhstan in Petropavlovsk — 230 tenge per dozen. This is 1.6 times cheaper than in Almaty and Nur-Sultan (361 and 352 thousand tenge, respectively).

The difference in cost of sunflower oil is characterized by 108 tenge per liter. The cheapest in Karaganda (380 Tg), the most expensive in Aktau (Tg 488).

More evenly distributed sugar prices: in Aktobe he asked for KZT 160, the most expensive (Tg 211) in Ust-Kamenogorsk. 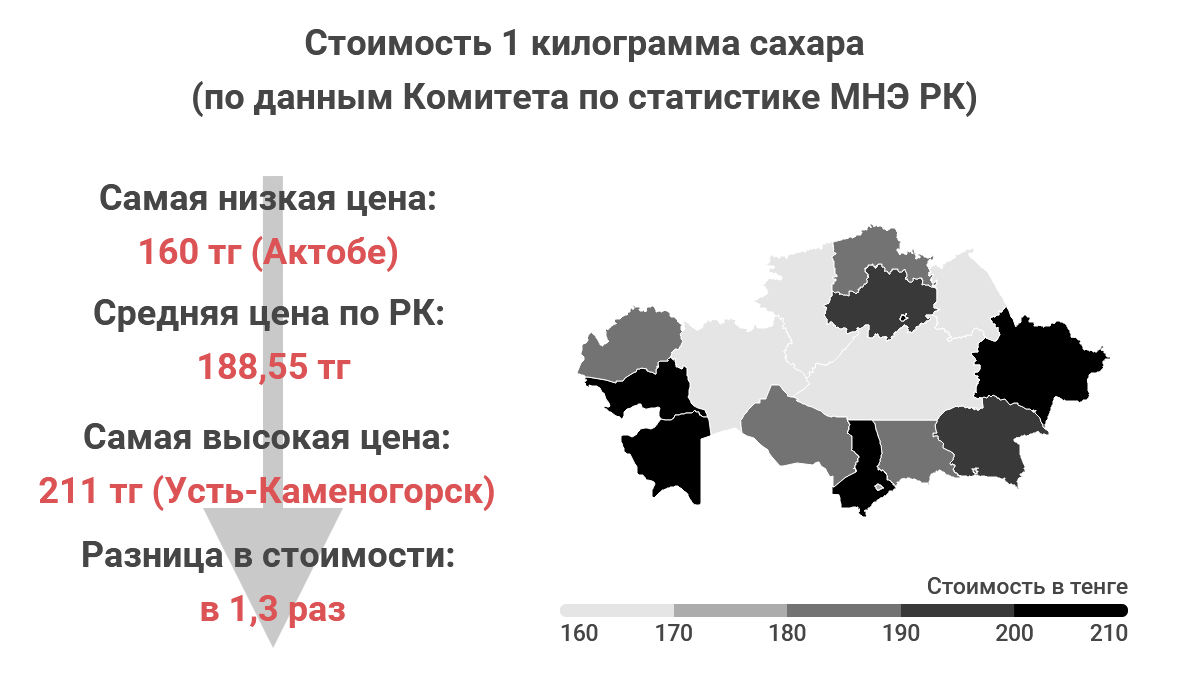 The price of bread differs by 2.2 times

2019 it’s hard to call in terms of urejenost wheat were collected significantly less than expected. This had an impact on the cost of production: the prices of flour for the year increased by 27.3%. Moreover, the products of wheat of the first grade is going up faster than the highest (31.3% and 26%, respectively).

According to the statistics Committee, the average cost of a kilogram of flour of the first grade at the end of December was 167,03 tenge. The highest prices in Aktau (Tg 234), a little less in Nur-Sultan (Tg 230) and Almaty (Tg 220). The cheapest flour in Pavlodar (121 Tg per kg). 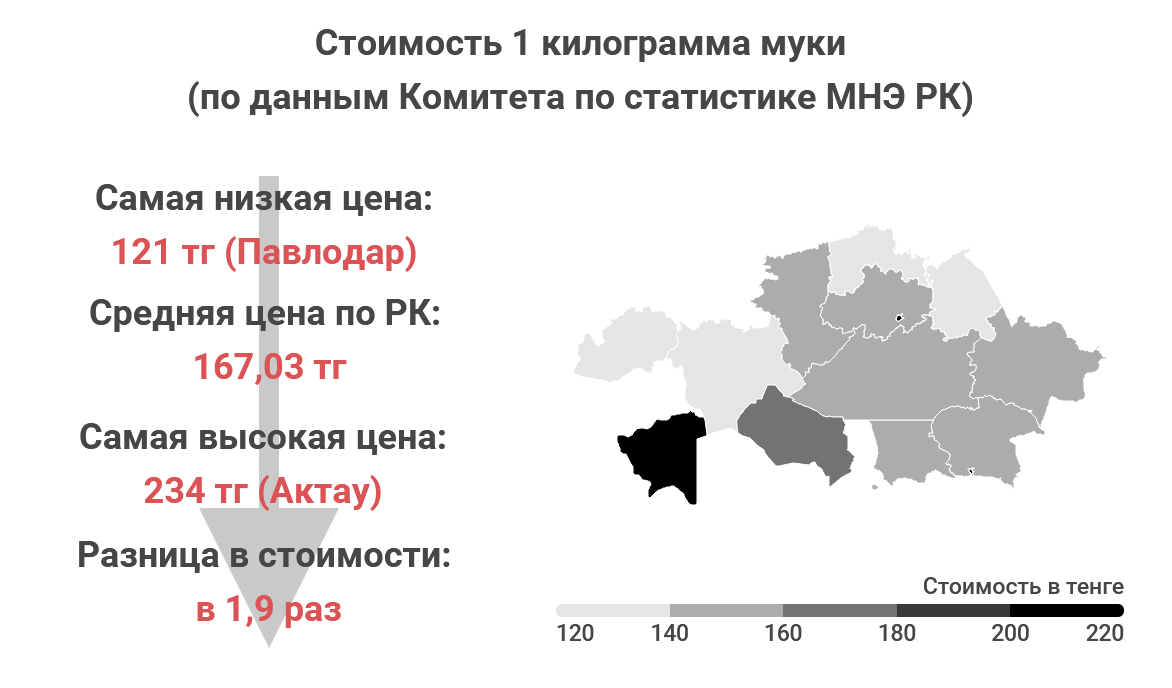 In 9 of the 16 major cities of the Republic of first grade flour costs more than bread from it. The difference in the price of a loaf of such bread (refers to the socially important goods!) the Republic is relatively small: in Atyrau 179 kg and in Almaty – KZT 132.