Most likely, the rate will remain at about 380 tenge. And this is actually a strengthening of the tenge, albeit hidden. 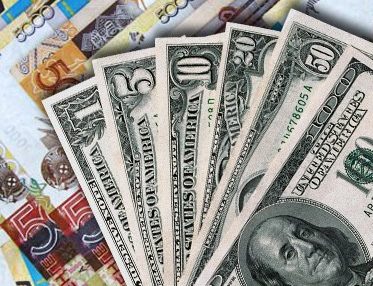 Exchange rate adjustment was in 2018, when the value of the dollar ranged from 320 to 380 tenge at the end of the year. In 2019 the rate stable until the end of the year no shocks are expected, said economist Almas Chukin. Moreover, the expert believes that are actually stronger tenge, albeit “veiled”.

Fixed rate we have already passed and it ended badly

— Almas Tarasovic, the projections from different economists a no-no, and slip the expectation of a serious devaluation of the tenge. And it is not just about 10%, sometimes it is time to talk about this collapse. Though so panicky predictions little.

No collapses of course not, that’s what I said before, I repeat now. Before the New year and will be around 370-380 tenge.

— That is, approximately at the same positions.

— In fact, tenge is strengthening even though the nominal numbers like are the same. But now the inflation of KZT 6%, and dollar – less than 2.

That is ahead of schedule. But let’s say that a year ago a product was worth 10 million tenge. And if today you can buy for the same money (and inflation was around 10%), it turns out, in fact, that tenge appreciated.

All the devaluation in Kazakhstan: how it was

The correction was in 2018 and from 310-320 tenge at the beginning of the dollar rose to 380 in the end. But in 2019 there’s nothing going on, the course is about in the same area and only journalists to discuss the growth of one tenge. In fact, the course is now very stable.

— Not so long ago the economist Rakhim oshakbayev announced once again that it is time to return to a fixed exchange rate of tenge. By the way, this same idea was expressed by other experts. How about this idea?

— The idea I do not support. This view generally is in a deep minority.

Fixed rate we have already passed and it has led to the fact that the tenge is very sharp collapses. From 120 to 180, then up to 350. In my opinion, better

floating instability than stability, after which we have is so painful to fall

One Mashkevich can to move our entire currency market

— I think if you go back to a fixed rate, to avoid such jumps again will not work?

Our tenge is the currency of a developing country, which in theory should gradually decline. We have a weak economy that is 70% dependent on raw materials. We ourselves especially to do anything has not learned, only to consume.

The dollar “floats” in a terrifying future 400 and further Svoik

Why constantly strengthened, for example, the Swiss franc? Because a strong economy, they sell their watches, machines, and banking services. They are so effective that Switzerland attracts money from around the world. The economy is a positive balance in everything. This excess of foreign currency that don’t even know where to put it. Have already introduced zero and negative rates, and even recently created a guaranteed income for citizens. Was this experiment, which attracted 500 people and just handing them money, however, rejected the idea. It’s all thanks to a powerful economy and production.

— Some experts argue that the value of the tenge in addition to the usual factors influence some hidden. Which, to not judge, but the fundamental why it is not working. Why?

— Economics is not mathematics where one plus one equals two. Basic science is often called political economy, it is affected by a number of political factors in the broadest sense of the word. The actions of politicians, some social upheavals, and the like. So in the end it may be three, minus two.

Fundamental factors are indeed important, but in terms of “overall climate.” If we talk about the daily weather, then the possible combinations are unpredictable.

Experts: before the election the dollar will not change

And all the experts who are trying of oil prices to calculate future exchange rate of the tenge just do nothing.

Also, don’t forget that Kazakhstan is in fact a small country. Only 18 million population is very small by world standards. One Mashkevich tomorrow will buy or sell dollars, and the market will move. But if two or three of the group of companies? Too many factors affect the behavior in the short term. You need to evaluate the situation at least for the quarter. What course expect for the New year — I have already said.

To buy dollars from the population is no more tenge

Earlier Chukin claimed that by the end of 2019 should not expect fluctuations of more than 2-3%. However, he added that “if the Kazakh authorities will not repeat the mistakes of 2017” and barring force majeure.

The record of the dollar beaten. The national Bank will return to the intervention?

— Curve of exchange rate fluctuations in 2019 seems a bit strange. It deviates from the typical seasonal fluctuations. But this is not a devaluation. This year, the government actively extinguished debts. Therefore, this abnormal outflow of dollars, said Chukin, speaking at a meeting of the expert club Think Tank Club Aspandau.

At the same time, the expert called “serious” fluctuations of 10%, but the prerequisites for this, in his opinion, no. And explained it is an elementary shortage of money supply in the population.

— Show me a huge mass of people who lie heaps tenge, and they will buy up all the dollars for 500 tenge. For example, I see the falling incomes.

What dollars were, they have long ended, those who live on wages

The rich might have something left. But, in General, to a catastrophic collapse of course has no prerequisites, then said it.

However, other experts argue that the foreign exchange operations of the population — just a drop in the sea. And virtually no impact on pricing is not have.