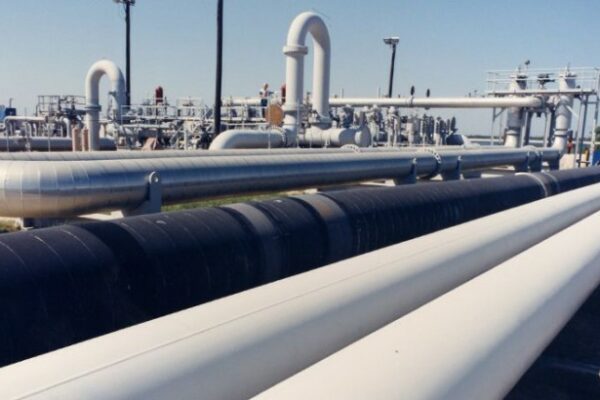 The necessity of harmonization of national legislation in terms of energy trade is the main deterrent. And the fact that even during the period of absentee discussion 5 of the EAEU countries are moving productively towards the goal, says about mutual benefit from common energy market. Plans to launch it no later than 1 January 2025.

The last Protocol from the 13th meeting of the Advisory Committee for energy of the EEU was June 22, 2020 signed by the member of the Collegium (Minister) for energy and infrastructure of the EEC Emil by Cicielem.

“The launch of the Eurasian economic Union may lead to an increase in volumes of mutual trade of electricity, will create preconditions for strengthening of the economies of the EEU”, — the Minister noted.

It should be recalled that the General plan of measures is being adopted by the heads of the countries-participants of the EAEC December 20, 2019.

He is considered one of the most important in the formation of a common energy market.

This document sets deadlines for the adoption of various rules and regulations, and conduct organizational activities

It remains to choose a trading platform and to test technological Foundation of the common market.

However, in the process of integration of the electricity it is important to optimize the sequence of processes. With this goal and identified milestones and project approval documents. The latest proposed draft of the road map and a document with the specified terms of approval of the Advisory Committee and the carrying out of regulatory impact assessment.

The work done in the form of predictions and wishes contained in the National energy report of KazEnergy Association companies IHS and Groupe Markit Avantgarde in 2019.

The EEU and pricing

Vice-Chairman of IHS, Markit Dr. Daniel Yergin emphasized that Kazakhstan three decades of independence made significant progress towards diversification. However, the Central role in the economy still prevail in energy.

“One of the key themes that repeatedly rises in the National energy report for 2019 – the conflict between the government’s desire to maintain low electricity prices, gas and oil products for consumers and the need to organize production, processing and distribution of these resources therefore, to ensure the flow of sufficient profits for reinvestment in the industry,” said Dr. Yergin. – “The dilemma faced by many countries –

after all, to find a middle ground in solving these two tasks is extremely difficult and we strive to take this fact into account in our recommendations

It is also important to note that the upcoming formation of common markets of oil and oil products, and natural gas and electricity in the framework of the EEU even more complicates the solution of the question of pricing”.

For example, if you disassemble the gas market of the EEU and the problem of harmonization, the most important is the energy trade between the two countries based on bilateral trade agreements. The parties agree on volumes, timing, prices and export duties. The same conditions exist, what is the ambition of forming a common gas market.

In early December of 2018, member States of the EEU has adopted a programme for the formation of this market. By January 1, 2021, that is, after 4 months, the parties must agree on the basis for the formation of the common gas market, including trading mechanisms. If you can not do without changes in national legislation, it is necessary to accept them.

In 2022, participating countries of the EAEU are planning to prepare a draft International agreement on forming a common gas market. In 2023-2024 is to create a stock exchange on trade in gas.

And that, said the experts preparing the national energy report are needed to tackle a number of important issues.

“It relates to the formation of the mechanism of deregulation of prices in the common market: the price will be determined in direct supply contracts between members of the common market or in course of execution of exchange trading in the absence of price regulation with a prohibition on resale to third countries the gas purchased in the common market”, — the report says. – “According to the program, price indicators for the common gas market will be determined on the basis of prices at the St. Petersburg international commodity exchange and the contractual prices of independent gas producers. At the same time

each of the countries of the Union, including Russia, still need to decide how and where to register prices of independent producers”

In the course of creating a common open markets, which is a long-term perspective, will change to reflect the price of natural gas for consumers of Kazakhstan and Russia.

At the same time, experts note that since the internal market of Russia is much more Kazakhstan, that Kazakhstan’s domestic gas prices will be aligned with Russia, not Vice versa. By the way, any significant progress in this matter yet. The countries have one similarity – the domestic gas prices vary by region.

And, according to the report, Kazakhstan plans to bring prices in line with lower prices for industrial consumers, in gas producing regions of Western Siberia, and not with the higher prices in gas-consuming regions of the European part of Russia.

“This would allow industry to Western regions of Kazakhstan to remain competitive within the wider economic space, the EEU, and consumers, it would be easier to adapt to changes” — analysts say. – “In such a scenario for harmonization in the Yamalo-Nenets Autonomous district of Russia by 2025 (as is planned in the framework of the EAEU),

and then after 2026 approximately to follow the pace of domestic inflation in Russia.”

Would be delighted if consumers of the news, is unknown. In any case, the effect of surprise will not be accurate.