The diet of the people of Kazakhstan takes place in the direction of fruit and meat. 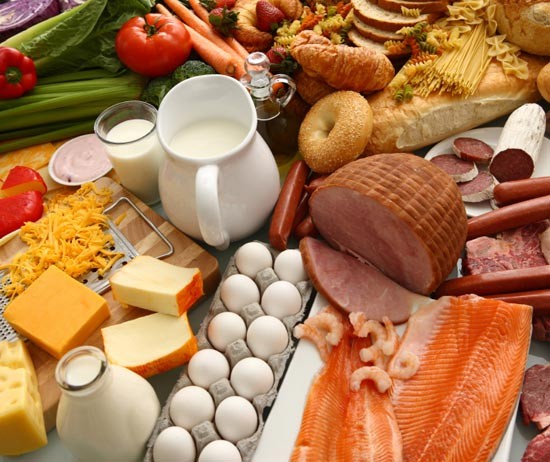 If you look at the data of the statistics Committee of the RK for the second quarter of 2019, it seems that the diet of the population began to change dramatically. For example, during the reporting period, every citizen of Kazakhstan ate on average of 33.6 kg of grain products and grain products. Compared to preliminar 2018 consumption decreased by 1.8 kg. the Population was eating less (20%) white bread (from wheat flour). But just from flour did not refuse the consumption of the flour year-on-year grew by 22.2% (to an average of 4.5 kg per person). Therefore, we can assume that the population has moved on to making bread at home.

Among cereals the most popular product is rice. However, its consumption declined by 3.4% to 3.8 kg per quarter per person. Much less our citizens began to use semolina (-6%), buckwheat (-15%), oatmeal (-13%) cereals and millet (-19%). In addition, consumption fell spaghetti and vermicelli.

Vegetables on the tables became less

Together with cereals falls and consumption of vegetables. Them in April-June 2019 on average, each ate 20,3 kg – 2.1 kg less than in the same period of the previous year. Thus, the consumption of all major types of vegetable production.

The only exception — potatoes, but here the symbolic growth of about 1%. 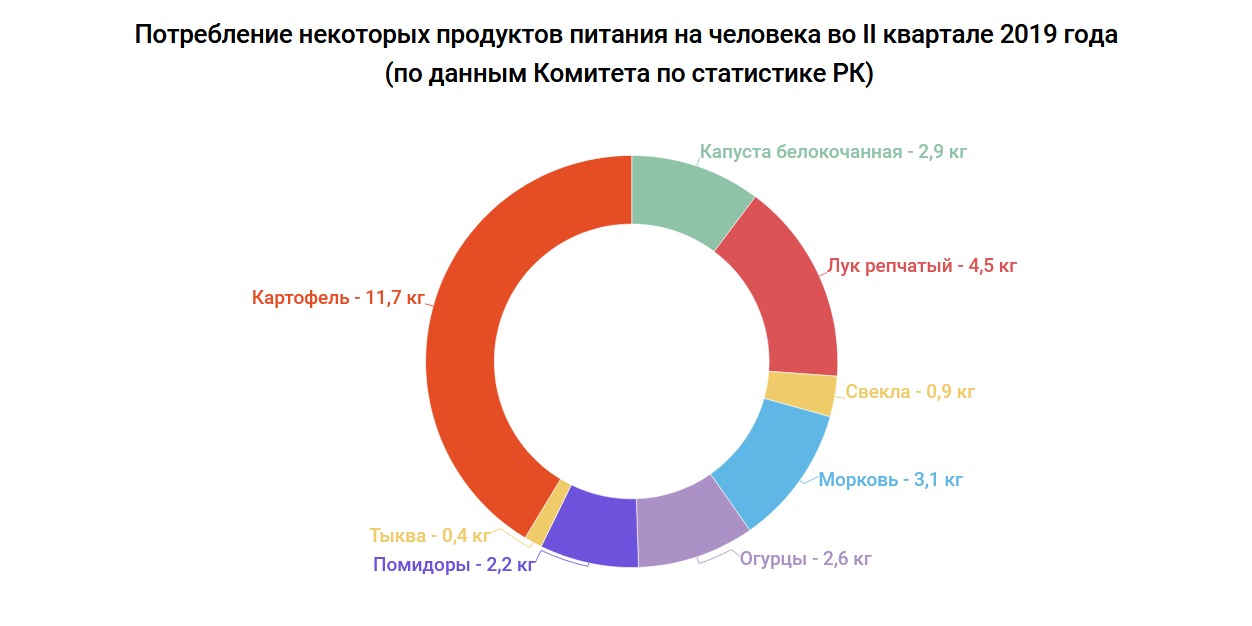 The demand for meat is growing

Despite significant price increases, from the meat to give the people of Kazakhstan do not intend to. According to official statistics, on average, each inhabitant of the Republic in the II quarter ate 19,1 kg of meat – almost a pound more than the previous year. Most of the population consume beef of 5.6 lbs. But it in the diet gradually replace horse-flesh (+15%), lamb (+7%) and pork (+13%). However, while even the aggregate consumption of these types of meat is inferior to beef.

Another trend: if in 2018, the Kazakhs often ate hot dogs and sausages, now make a choice in favor of sausage. And smoked sausage on the table you can see a half times more often than boiled.

As for fish, its consumption has increased by 11% to 3.6 kg per quarter per person. Most often it is the fresh or chilled fish (2.3 kg), but the ice cream began to eat less for the quarter did not have enough and 300 g.

The most popular fruit — the Apple

Consumption of dairy products for the year decreased by 4%, but according to official statistics, the demand remains the strongest – more to 63.3 kg per quarter per person. However, it is not clear by what is typed in this volume: the consumption of milk for 3 months is an average of 5.6 liters of yogurt and 4.3 liters of sour cream – 1.2 kg and the rest of the products even less.

Preference change in Kazakhstan and in the matter of selection of fruit. Total consumption increased to 15.3 kg (+8%). While less common in the diet began to meet pears, tangerines, watermelons, bananas, oranges, lemons, cherries, cherries and strawberries. To replace them come apples, peaches and apricots.

Reduced consumption of sweets. Kazakhstani people began to eat less sugar, honey, chocolates, fruit juices, and with it all kinds of tea. This was partly offset by the growth in demand for jams, ice cream and coffee.