After a relatively successful first two weeks of the state of emergency imposed on March 16, in the second month of spring, foreign exchange market experienced a significant decline in turnover.

So, if in March the volume of trading in the spot dollar market of Kazakhstan stock exchange rose in February by 1.6 times to $3 billion 455,3 million, the April ended with a drop by half compared with the previous month to $1 billion 721,4 million This month, the lowest since January of 2017.

To a much greater extent reduced the turnover on the spot market for Russian currency is 18.8 times before 256,1 million rubles

To swap the foreign exchange market in April the volume of transactions also fell to a monthly low in recent years $1 billion 851,8 million That is compared to March, a decline of nearly 30%, and in absolute terms – $787,9 million Turnover here fell from February about the same high rate. And it can talk about reducing the requirements of banks in foreign currency, which they take from each other or from banks. 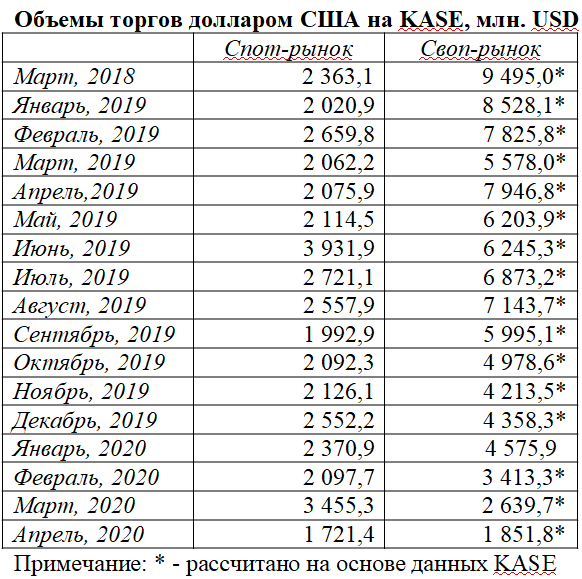 The “freezing” of exchange currency market does not Bode well for the national economy. Because foreign currency is purchased not only a significant portion of consumer goods for the domestic market, but also modern equipment along with the technologies necessary for the development of domestic industries.

The message As the fall of foreign exchange transactions on KASE will affect the economy? appeared first on 365info.kz.