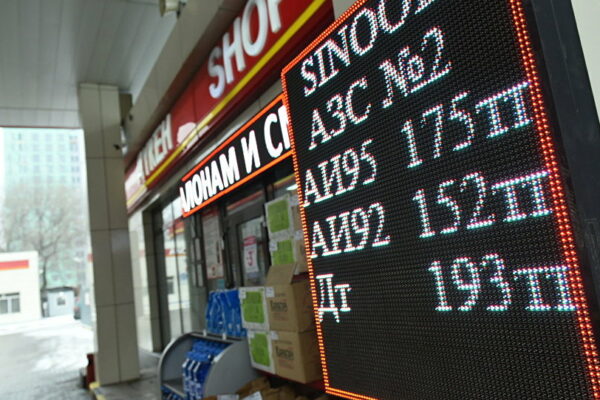 Their views were shared by the economists of Aidarkhan Kusainov and Rasul Ismambetova.

This is not populism!

Aidarkhan Kusainov thinks that everything is fine.

But this is contrary to the policy of cost containment.

– Let us think on two levels. First, the policy of cost containment blunt. Initially, this populism, and old-fashioned. By the way, here I would like to note the following.

We often talk about forgiveness of loans, wage increases and so on. This populism. But these measures are not populism, and rebuilding the economy. Is economic policy.

We all somehow believe that if people make something pretty, it’s populism. People are always waiting for: I have to quilt! If I have given something good, then it must be economically unhealthy, it is populism. This is the wrong approach.

Sometimes, the economic policy needs to give something good. This is not populism, this is a normal economic step. And

the policy of containment of prices is populism in its purest form,

unlike any pay increases. Because prices are impossible to contain. Prices – a reflection of the economy. And when you’re trying to keep them down, you hereby declare that go against the economy. And from this point of view, it is populism.

No government can go against the economy as a whole. That is a distant promise

The normal policy is: OK, we can’t keep up with prices, so we will increase the benefit of the poor. Rich type of this will manage themselves, not the last piece of bread eats. And raise the poor.

It is a kind of economy in which the state may not interfere. And what can it do? It can increase or not to increase some social security for poor people. This policy does nepoluchitsya. It’s just normal economic policy. When you start to talk about cost containment, it’s a bullshit populism. This “I’ll write against the wind” and “fight of the rising sun”.

According to its laws

The price of live a kind of their own laws, which are determined by the domestic economy.

– From this point of view we have a special body – the national Bank. Who has the special task of targeting inflation.

No state in the world is struggling with rising prices

Just because there’s a whole Institute in the face of the Federal reserve system, European Central Bank and the National Bank. Which monetary resources, its monetary policies are working with this inflation. Direct and manage it.

There is no conflict. No policy of containment of prices. This is a populist cry: Akimov on the market that stood near the vendors and did not allow them to raise prices.

The second part. It is not the governors of the bazaars have to run. We have anti-monopoly Committee, and he has the tools to investigate antitrust conspiracies and fines. There is a list of actors who occupy a dominant position in the market. Remember how a year or two ago at the security Council, the President talked about this Antimonopoly Committee: “you Have the tools.”

You can come, fine, take out the documents – powers fully. The national Bank and Antimonopoly Committeefrom the two departments which shall stand before the people, the government, and say why it happened. Everything else, including the cries that we have a policy to combat the rising prices, is nonsense. There is no such policy. There are two parties who have failed in their task.

Rasul Ismambetova says: most likely, the gasoline is more expensive because of higher excise taxes. As stated earlier, the Ministry of Finance.

I think the guilty will not. However, we can assume that tax revenues are reduced for another reason.

That is, the plan is executed in reality, however, is going far less. In a sense, tax breaks for small business will help to reduce the gap between accrued and collected sales tax payments.

In any case, increasing taxes on fuel does not help to reduce prices for social products, including food, as their shipping is included in the price.

At all desire it is difficult to assign blame to any particular authority. The General economic crisis. Therefore, the Ministry of Finance will not be able to rectify the situation than one year.

If the government will not launch a programme of sweeping changes in the economy to reduce costs – transport, ease tax administration and other small but annoying obstacles to business crisis will continue to deepen,