The Eurasian economic Commission told the countries with which negotiations on the establishment of free trade zones. 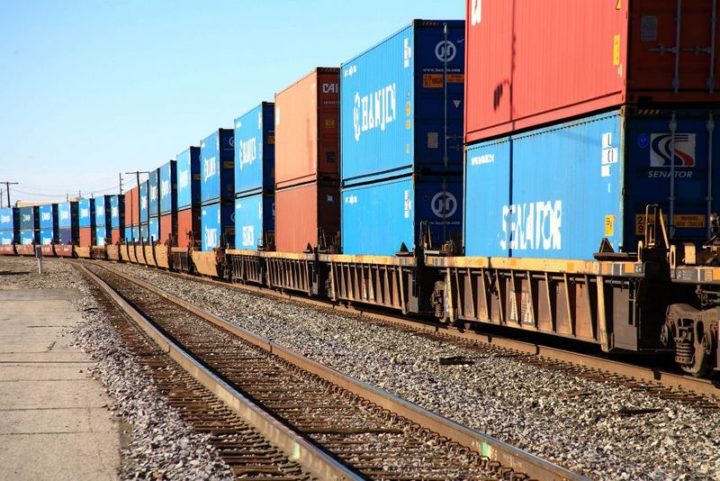 One of the outcomes of the summit of leaders of the Eurasian economic Union (EEU), held on 1 October in Yerevan, is the signing of the first part of the package of agreements that form a comprehensive free trade area (FTA) between the two countries and Singapore. On the eve of the event said the Minister of trade bloc Veronika Nikishina.

According to her, the agreement of the EAEU and Singapore on free trade include a package of seven contracts. The first will be concluded with Singapore on behalf of the EEU and will deal exclusively with merchandise trade. Additionally will be signed five bilateral agreements in each of the countries of the EAEU on trade in services and investment regime. Seventh framework agreement brings together the whole set of agreements into a single package.

Talk of creating a free trade Area (FTA) between the two countries and Singapore being the first year. First, it was assumed that the agreement will be signed in 2017. Later the deadline was postponed, but to no avail. Now

we are talking about the signing of the basic document that regulates trade relations between the parties, in the fourth quarter of 2019

While the EAEU as a whole agrees, the trade turnover between Kazakhstan and Singapore reached record highs. By the end of 2018, the volume of transactions exceeded USD 520 million. Virtually all trade has converged on the export of Kazakh oil. In 2019, sales of “black gold” fell by two thirds (for 7 months). But even so, the volume of trade between the two countries in January-July 2019 was higher than for the whole of 2017.

Another potential partner in the Eurasian economic Union is Egypt. The signing of the FTA could take place next year. At least until the parties actively go to it.

“For the current year we have held two full rounds before the end of the year there will be another. We are moving at a good pace and prepare for a serious breakthrough. Egyptian colleagues is also very constructive work”, — says Nikishin.

Kazakhstan, as in the case of Singapore, trade is growing without any zones. By the end of 2018, the volume of transactions amounted to 84 million dollars – the best result in 6 years. This year, trade may be even higher:

at the end of 7 months the trade turnover has amounted to 63.2 million dollars

Moreover, Kazakhstan acts as a net importer. The sales volume of domestic products in Egypt traditionally been low: in the last 6 years, he only once came in above 17 million dollars. In January-July 2019 foreign sales barely exceeded $ 10 million, with more than 80% of these funds had sulphur.

But the import is increasing. Now it is based on three types of products:

The strengths of Egyptian exports are textiles, cotton, and products of agro. However, in Kazakhstan they have not yet claimed.

In 2020, the EEU countries also plan to intensify talks with India. But apparently, to expect a quick agreement is not necessary. The negotiations began in 2017. For the upcoming 2020 scheduled only a few rounds without any specific expectations. Earlier it was said that special attention is given to trade in agricultural products — cereals, vegetable oils, vegetables and drinks.

Between Kazakhstan and India is based on other products. In 2019, for the first time in 2014, exports may exceed $ 1 billion. For 7 months in India already sold on 721,6 million And 635,9 million of oil sales for the year increased 2.1 times. In addition,

India is one of the largest buyers of Kazakh silver

For 7 months of exports amounted to 38.5 million dollars.

Import from India to Kazakhstan traditionally varied. Only in January-July, Kazakhstan imported goods for 485 items. Major drugs ($39.4 million), cell phones ($33.6 million) and tea ($20 million). In the future in Kazakhstan there will be demand for the Indian software and engineering products.

May 17, 2018 in Kazakhstan, in the framework of the annual economic forum, have signed a temporary (for a period of three years) the agreement resulting in the formation of a free trade zone with Iran. However, according to Veronika Nikishina, because it will come only at the end of October 2019.

“We are talking mainly about agriculture and about the different types of goods used in the construction industry”, — said the Minister.

“Of course, we can not worry about the political situation around Iran. And we would not want this to somehow negatively affected the trade between our countries,” said Nikishin.

Anyway, trade between Kazakhstan and Iran is now experiencing not the best times. Just because of the threat of secondary sanctions stopped the supply of flat steel. And this is one of the main export products (January-July 2018 to 73.2 million).

Decreased and selling of wheat. However, this was more than offset by increase in transactions for barley (+22.2% to $146.9 million). As for imports, then the volume is traditionally low. For 7 months in Kazakhstan brought goods to 46.9 million dollars. The main article cement ($8.8 million), dates, figs and other ($8.7 million).