The weakness of the “exchange” leads to a withdrawal of capital from the country and the “strange” exchange rate of tenge. But the limping manufacturing does not allow it to harden. 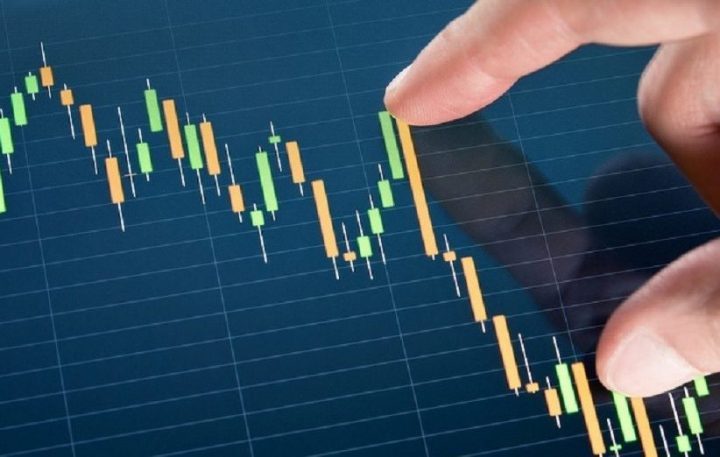 The fight against speculators

Head of analytical Department of FXPrimus Arman beisembaev prefers to work in international markets. According to him, the local stock market is too “dangerous” for the capital.

“I represent the cohort of people in Kazakhstan contemptuously called speculators. And here a small note — we blame all the troubles of that is speculators. This fall of the national currency, and the collapse in the stock market.

Although in reality, speculators do not form the space where something falls. They give dynamics to disperse. We join the formed trend and give it a go.

If the tenge exchange rate falls, it does not mean that speculators are running around the exchangers,

and it’s all supposedly puts pressure on the national currency. Nothing of the sort.

The main task — to make money. So-called speculators take risks, but in exchange require the same income,” — said the expert.

According to the analyst, the state in recent years quite actively fighting against “speculators”. But it does mean that it “cuts off the branch on which it sits.”

“The stock market of Kazakhstan there are two kinds of “users”. The first is the large institutional players, they are called “whales”. Second — all those speculators.

The problem is that pressing the second category, the authorities actually kill the stock market

Because by themselves “whales” do not create liquidity. They are its scavengers”, — said Arman Beisenbayev.

The lack of development

In Kazakhstan it is often taken as an example of Western financial markets. Sometimes they really admire. Domestically, many investors who want to invest. However, under current conditions they do not consider the domestic stock market from the word “quite”, says Arman beisembaev.

“And there are a lot of reasons. There are basic elements from which all repel each other.

The basis of the stock market — the inviolability of private property, fair competition, equality before the law and presumption of innocence

In Kazakhstan, all four pillars are not working. Summary: in the real sector, no one wants to work. This is what I repeatedly hear from local entrepreneurs,” he says.

In the country the main “face” in the economy that creates demand, that state.

“This is a public tenders, business support, etc. According to the existing business, the biggest “lohotronschikov” in the country, paradoxically, is also the state.

Entrepreneurs participating in goskoncert, can’t get their money

The debt is all the time postponed. You may recall the organization of the EXPO, when a lot of private traders remained “in flight”. Many went bankrupt. All this leads to the fact that we are constantly trying to withdraw funds offshore, ” said Beisenbayev.

He noted that the regulatory “pressure” on the stock market does not contribute to its development. The state apparatus is configured not on the market, and curtailing. Plus, the almost complete absence of financial instruments.

Kazakhstan stock market were to perform different functions. The reallocation of capital between sectors of the economy, the function of insurance, and information services. All this, said the analyst.

“So who can shape the course of national currency? Who wanted to buy dollars, he bought it. Speculators are pushing the state. But the tenge depreciates, where are the answers? There are no answers.

Therefore, among the population has one paradigm — buy dollars in any unclear situation,”

— asks questions of the analyst.

Beisenbayev hopes the oil price will not grow. This is not a good reason and prerequisites.

“The raw economic model has exhausted itself. Here’s just a shame for your country, when, with such opportunities, we grow only 3 percent a year. The rate of the national currency largely depends on oil prices.

So, I think that for the New year the dollar will not pass for 400 tenge

However, in the future we will run a psychological mark. The problem is that the strong exchange rate of the tenge in Kazakhstan nobody”, – the expert believes.

The lack of production

According to the economist of Aidarkhan Kusainova, on the tenge exchange rate does not affect the state of the stock market. It is important the number of participants using the currency as a financial instrument.

“Stock market in the country is underdeveloped, as I would like. Naturally, this is a specific problem. Does this situation on the course? I think that virtually no. Because the national currency is something systemic.

By the way, the past leadership of the national Bank changed the access rule to currency trading, you have made a small brokerage company. That is, opportunities for smoothing the foreign exchange market”, — the expert believes.

In General, the problems of the stock market are the economic policies of the Kazakh authorities.

“In fact, since 2004, carried out a program of import substitution. It all depends on the size of the economy and features of the settlement. In Kazakhstan in each segment imported by a fairly small amount. For example, $ 500 million is a lot. But the stock market is “penny”.

The fact that we have a very narrow regionsrewards market. If the country appears a large enterprise, for an interesting “exchange”, that is, as a rule, a monopolist.

If the industry remains competitive, then there is no one major player.

Perhaps if in Kazakhstan promoted the logic of export-oriented, it would be easier

Then, suppose there were 20 plants, focused on external demand. They would not depend on the internal “disasters” and would be free to raise funds on the stock exchange. Today, no diversification, no competition,” — says the Vice Minister.

In fact, the existence of a developed stock market turned into a fetish, he said. Its presence or absence has no effect on the economy.

“Moreover, if the market is imposed by force, imposing artificial constructs

Of course, it does not need and deliberately to kill. You need to let in natural market conditions. When will large-scale production with large export sales, will revive the market” — sums up Aidarkhan Kusainov.