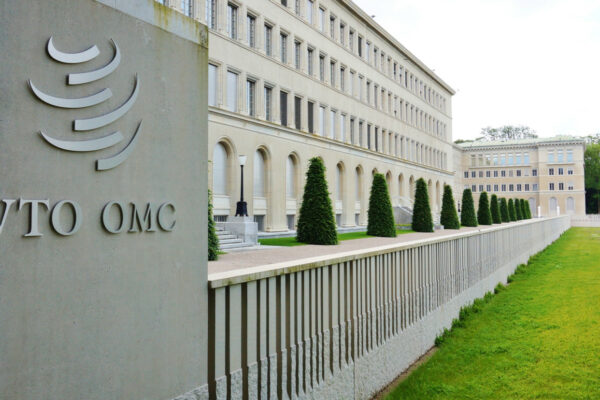 December 10, court of arbitration of the world trade organization the resignation of two of the three judges. According to the regulations of the appellate body trio — the minimum required number of judges. Thus, on December 11, 2019 arbitration court of the WTO ceased to exist. And in fact it allowed disputes between members of the organization, was independent and politics and the human factor.

According to the law of the jungle: the world trade organization ordered to live long?

In fact, the US achieved what we had sought for the last two years. Washington blocked the election of new judges and waited for the referees to retire. In Brussels are considering the creation of a new temporary court. However, the administration of Donald trump opposed.

As no appellate court of the WTO in the organization will be able to survive small economies, including Kazakhstan? Economist Aidarkhan Kusainov believes that most large economies are not interested in violating the rules of fair trade.

— As the Institute of the agreements of the world trade organization remained in force, — the expert believes. — It continues to generate its standards, and to enforce the rules. From this point of view, the WTO is not dead. And that’s good. And while the country feels comfortable in the existing framework, everything will remain as before.

— In the Western world believe that without the WTO court will exist in the “law of the jungle.”

— Yes, it is a problem. And it consists in the fact that the differences between the two countries now will not solve a fair and independent Institute. When the court of arbitration worked, arguing with each other and the country clearly carried out his decision.

On the other hand, a significant number of economies bespredelnichat no reason. Because everyone realizes that any movement will be the answer.

— Why the US had to destroy arbitration court?

— They want to revise the world trading system. Their position is clear — to gain some exclusive conditions. In the words of trump, all WTO decisions are taken against the United States. And this, incidentally, was a logical response to inappropriate behavior.

United States in the face of the tramp was originally focused on the transformation of the global economy, realizing that the current system is their strength and leadership fade

Everyone knew it, so intensified regional and alternative projects: the EEU, Belt road, the Asian infrastructure investment Bank, CIPS (the Chinese alternative to swift). So that everything goes in the logic of global rebuild.

There is interest to live by the rules

— That is the elimination of the arbitration court of the WTO actually untied the hands of the United States in the boundless trade?

— Would it be correct to say that it unleashes all. But while we can only speak about the United States.

— We now mean a trade war against China?

Yes. Because when the United States imposed sanctions against the European Union, he went to the WTO court. The Chinese have responded to U.S. countermeasures, but also went to court. Was trial.

What happened with the arbitration court, a move clumsy, but effective from the point of view of force

If you all the time understand the court not in their favor and can destroy it, it is better to destroy.

— WTO consists of countries with quite different size economies. Can it happen that the weak will be forced to leave the organization?

— It may very well be. But those who fell into the WTO are not interested to withdraw from the organization. It makes no sense. Yes, there’s now insecurity, WTO members from violating the rules of the organization and inadequate behavior of strong economies against. But while this behavior is just one big economy.

— Yes in any way. In the short term by the events surrounding the WTO court neither cold nor hot. It is much more important than the EEC.

Of course, when there is no court in response to unfair behavior can be closed against the offender. And it is very unlikely that all of a strong economy again begins to violate earlier agreements and rules.

But in principle, of course, without arbitration, the WTO would fade. “Gentlemanly” behavior will be relatively short-lived,

then here and there start violations. Begin to play a much more important role of bilateral agreements and regional unions, including the Eurasian economic Union. I suppose that we stand on the threshold of WTO reforms in General, and then sought Washington.

Reform of the WTO is not a quick process, so even more will increase the role of regional unions. And this is including the wisdom of the EAEU establishment.