From a monthly survey of inflation expectations of the population disappeared several questions. 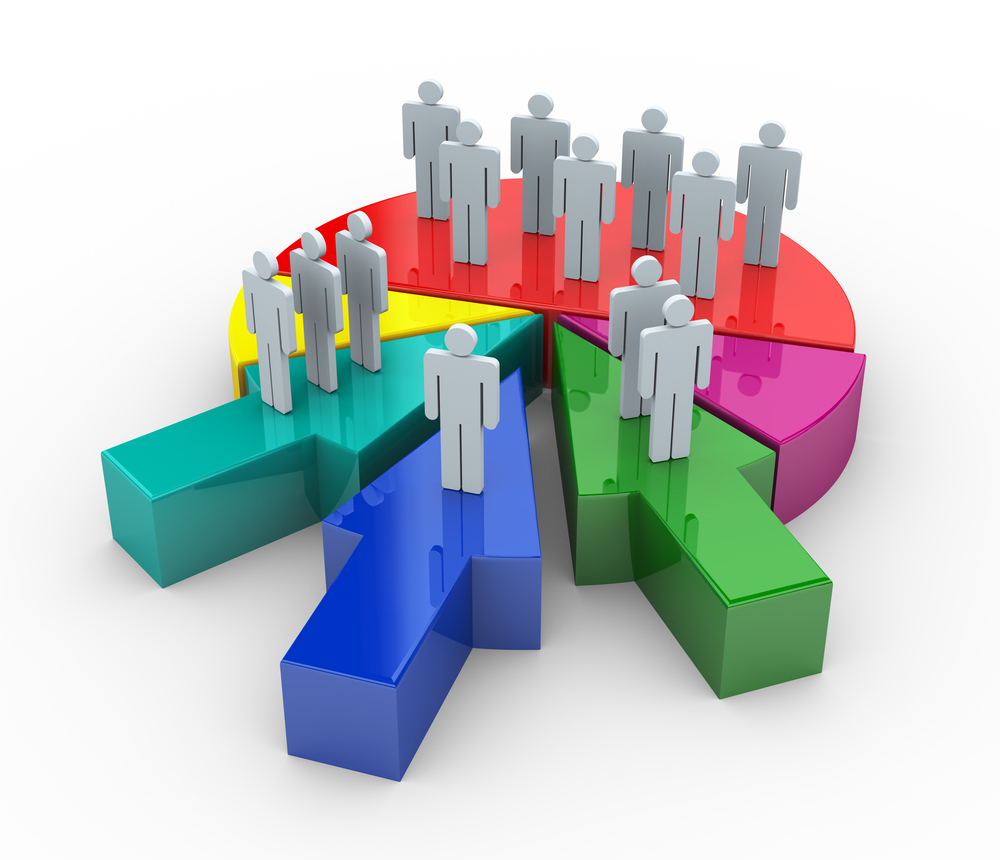 If earlier, the respondents answered the 31 question in the August survey, their remaining 27. Without any explanation from the regulator and survey company “GfK Kazakhstan”.

Among the excluded questions are very important: what is the population exchange rate of dollar to tenge

And this is considering that on the results of a survey on the matter focused and in the national Bank, and experts in their forecasts. Also

In neighboring Russia, the issue of the national currency for the Central Bank remained relevant. And judging by the results of the August poll, conducted by OOO “infa”, the share of respondents expecting the growth rate of the dollar against the ruble rose 1% to 43%.

The share of Russians, focusing on the stability of the exchange rate of the national currency declined from 31% to 27%. Decreased and the number of those who hoped for the strengthening of the ruble (from 8% to 7%).

Expectations of Russian ruble after 12 months

For comparison: in July, when a similar subject of interest among domestic respondents for the last time, the share expecting the devaluation of the tenge rose to 70% from June’s level of 67.1%. In principle, these pessimistic expectations have been met, because the tenge depreciated against the dollar by 1%.

We note in passing that the results of surveys of Russians on inflation expectations is still published by the Central Bank with the same regularity. But in Kazakhstan, published on the regulator’s website at the time greatly moved. Typically, survey data were put in the middle of the month following the survey, we have a couple of weeks. Now the experts, the media and the public have to wait much longer. Thus, the results of the July survey were published in early September, and August – early October.

Anyway, the key set of questions on the assessments and expectations of the people of Kazakhstan in relation to the actual inflation remained unchanged. The data for August revealed that the proportion of respondents expecting preservation of the inflation rate at the current level in the next 12 months, grew from 35.5% to 37%.

Recall that in reality, for August annual inflation rose to 5.5% from July’s level of 5.4%. It is noteworthy that the share of compatriots awaiting the acceleration of inflation continued to decrease and fell 22.1 percent in July to 22%.

But it remains stable, the proportion of respondents who to a slowdown in consumer prices is 14%. The same applies to those who were expecting zero inflation. That is, the preservation of prices at the July level. The share of those throughout the summer was estimated at 6%. It is interesting that stabilized the percent of those waiting for lower prices (3%).

How to change prices on food, non-food goods and services in the next 12 months?

In Russia, where, in contrast to Kazakhstan, the annual inflation rate declined in August from 4.6% to 4.3%, the share of respondents, pending further slowdown of price growth has increased from 5% to 6%. This significantly decreased (from 59% to 53%) the share of Russians who is on the decline in these prices. However, it became less and pending the acceleration of inflation (down from 20% to 18%).

How will change prices in the next 12 months? 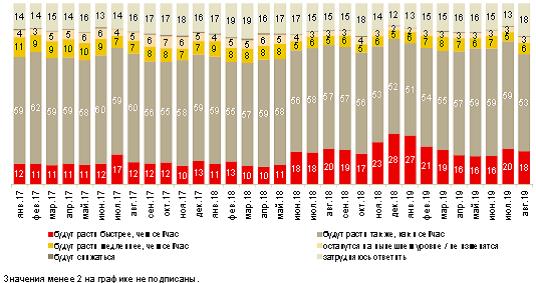