The regulator plans to cope with high debt load of the population. 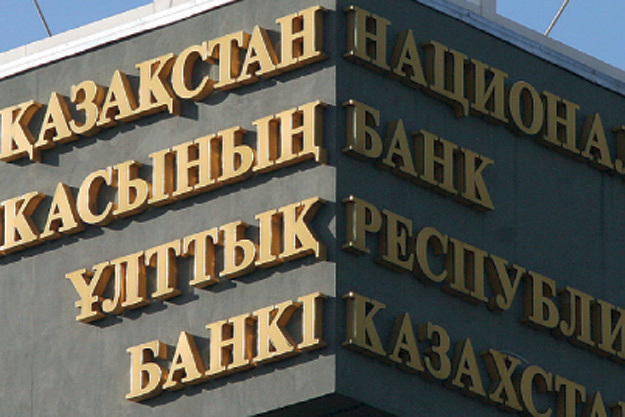 The national Bank of Kazakhstan

A few days before the start of the credit Amnesty Deputy Chairman of the national Bank Oleg Smolyakov on a press-conferences declared that in Kazakhstan in lending will take into account the gray income citizens.

2 Sep the message to the people of Kazakhstan Kassym-Jomart Tokayev has made it clear that the government will not allow a high debt load of the population.

Changes in legislation will really be. Version of MediaPortal 365info received a response to journalistic inquiry.

— In connection with a specific instruction of the President to continue to avoid high debt load of the population, please provide relevant data, as of June 1, 2019. What is the number of borrowers at that date was problematic (didn’t pay over 90 days, whose debts are collected through the court or collectors)? What is the amount of problem loans?

— The Ministry of labour and social protection of population of the national Bank provided five lists. On the basis of identified 507 363 citizen, which second tier banks and microfinance institutions have repaid the debt.

The sum amounted to 105 billion 174,6 million tenge. Thus was fulfilled the presidential decree

After that, the Ministry of labour sent additional lists of citizens who find themselves in difficult life situations, which are not able to pay debts on loans.

Why debt in Kazakhstan repaid even those who are not asked?

It should be noted that the total amount of unsecured consumer loans in banks and microfinance organizations as of June 1, 2019 amounted to 3.1 trillion tenge. The number of borrowers 5 million people. While arrears over 90 days amounted to 9.8% of the total outstanding loans of this category. The average debt burden of 82.3% of borrowers — 299 thousand tenge (it does not exceed the amount of two average monthly salaries).

— How the national Bank of Kazakhstan intends to “continue to avoid high debt load of the population”? To toughen requirements to borrowers ‘ income when applying for a loan? A ban/restriction on consumer lending recipients ASP?

— The national Bank is working to limit excessive growth in household debt. For this purpose the amendments to the legislation.

The national Bank plans to establish a ban on the accrual of penalties, commissions and other charges related to issuing and servicing the loan for all unsecured loans to individuals, if term of delay exceeds 90 days. This innovation will not apply to loans obtained for business. It is expected that the amendments will take until the end of the year.

In addition, the national Bank has developed amendments to revise the changes to the calculation of the debt load of the borrower

They are discussed on the grounds of the Association of financiers of Kazakhstan with the participation of the banking sector and the National chamber of entrepreneurs “Atameken”.

Protection of the poor

In the last 5 years the retail market of consumer crediting has grown. The installments can even acquire food, not to mention household appliances and cars. And this product is in demand. As stricter requirements in lending (cutting off low-income citizens) will affect the position of the banks, because their incomes clearly fall dozens of times. Again, we will rescue at the expense of the national Fund?

— The national Bank has developed amendments (listed above) to increase the accountability of banks in the lending process. Second tier banks will take into account the social status of the borrower and its level of income.

and will have a positive impact on the quality of banks ‘ loan portfolio.

On the basis of streamlined answers about restrictions in lending, the notorious “black list” of those loans will soon not see, there.

The editorial in the query interested in the explanations and the statement of Oleg Smolyakov on accounting in lending gray salaries. In particular, we were asked to give information about its scope, the well-known national Bank. We also asked whether the Bank to pass information to the gray salary, sheltered from taxation by the state revenue Committee? However, these are matters that the regulator is given.