Head of the Department of the Kazakh research Institute of Economics AIC and development of rural territories of Canada akimbekova analyzed the situation in the villages. She notes the negative dynamics of internal migration “village-city”.

Many are born, live for a long time

— State in the history of independence has implemented several programs to support the village. Now this is a project “Auyl — Ate besigi”. And yet working people continue to leave the village. What is the reason?

One of the challenges of the XXI century is the global demographic imbalance. Aging and the increase in population of Land — a global trend.

Low birth rates and aging in many countries inevitably cause problems on the labour market. In particular, the shortage of manpower. The growing demographic imbalance generates new waves of migration and increases social tensions.

Any new trends in the demographic processes directly affect the condition and life of man. In the last decade, the size of the population of Kazakhstan is growing steadily, including rural (5.7 percent, or from 7.3 to 7.7 million). The growth of the population due to the trend of higher birth rate. It depends largely on socio-economic factors and the modern type of reproduction.

Paradoxically, but there is a definite correlation between the specific weight of the rural population and life expectancy in the village.

The lower in the country the proportion of rural population, the higher the life expectancy

In other words, the high proportion of rural residents in the composition of the population indicates the economic backwardness. 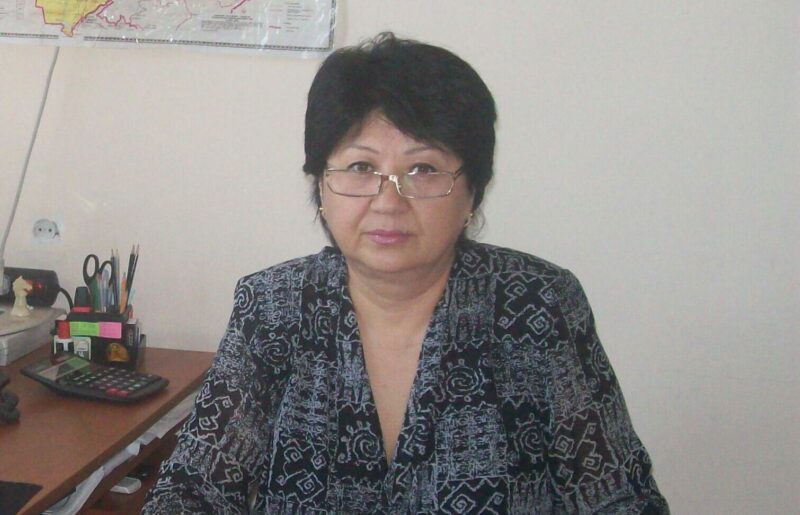 Despite the high birth rate in the villages there is a risk of population ageing. Over the last 10 years the proportion of persons under and over working age increased by 5% and 1.5% respectively. While the share of persons of working age employed in the rural economy, decreased by 6.5%.

— There are statistics in terms of regions according to shares of different age groups?

— Is. I note that now the imbalances in the age structure observed in almost all regions. For example, in the Pavlodar region, the proportion of children in the population is only 2%. While in Turkestan — 25%. Population structure of East Kazakhstan region is characterized by a high proportion of retirees — 11%.

On average now 1 thousand able-bodied inhabitants of the village have 549 children and adolescents up to 15 years and 183 retired. One reason for the relatively rapid aging of the rural population is the fact that emigrating mainly persons of working age. And older people prefer not to leave the usual place of residence.

The villagers “capture” the city

— Is it possible to identify the dynamics of migration processes and their regularity?

— Considering the dynamics of migration activity, we have identified some patterns. International migration has mainly determined the flow of immigrants from the CIS (3%). Interregional characterized by outflow of population from regions to other regions (85%). For internal migration outflow of rural population to the city (12%).

Moreover, most of them from villages to towns — people of reproductive age. Which reinforces the process of depopulation of rural areas

In Akmola, Almaty, Atyrau and Mangystau regions is enhanced by unregulated migration flows. Here migrants destabilisateur local labour markets. In the structure of migration the trend of skilled emigration and immigration of oralmans, often with low skills.

The trend of population movement from rural to urban areas is associated with high diversification of production and a more developed social infrastructure. While demographic shifts and changing labour market lead to the need to provide people with all skill levels jobs.

Given the low amount of GDP produced by agriculture, the rural population replaces urban immigrants

In case of significant outflow of the working population of the village and the increase in the number of unclaimed graduates can you talk about the quality of labor potential of rural territories?

— That is, the rural youth with higher education are not in demand in the economy?

Because the average wage in agriculture is 40% lower than the national level. She is 91.1 thousand tenge

There remains the problem of “hidden unemployment” or of self-employment, which is one of the main factors the low standard of living in rural areas.

Is 35% of the total employed rural population. The share of self-employed in agricultural production is 65%. Who are these people? It’s almost 1 million workers in private households with very low incomes. That is the job they have, but officially they are not busy. Therefore not covered by the social protection system.

It is important that in this group the number of persons with secondary vocational education. My observations show that in the coming years in the village will occur as an acute shortage of skilled and unskilled personnel.

— To understand the Exodus of young people from the villages easy. People are fleeing because of deplorable living conditions. And at a rate much higher than the process improvement.

— Yes, the countryside far from the city and some social life conditions. This and the presence of decent housing, and basic elements of social and engineering infrastructure. The villagers isolated information. Because they poorly represent their social and economic rights.

Despite the measures for development of regions, more than one third of rural settlements have no asphalted roads. The main part of rural housing remains without utilities.

According to official statistics,

Central heating is provided only 3% of the rural population, sewage is 37%. Hot water is only 2% of the villagers, and the tub or shower can afford only 7%

2.6 thousand villages with a population of 1.2 million people is no centralized water supply. That is, residents of 40% of Kazakh villages do not have round the clock access to water. More than half of these villages was considered unnecessary to summarize the water-supply networks, because it is home to less than 200 people. Most of these are concentrated in North-Kazakhstan, East-Kazakhstan and Kostanay regions.

According to the Ministry of agriculture, the problem of access to water supply in the villages will be settled until 2022. In indigenous communities establish comprehensive modules. And in villages with a population of more than 200 people will hold centralized Laundry water.

What to do next? To continue the development of the villages and reduce the income gap between rural and urban populations. How to do it? Through the employment of the economically active population of the village. Agricultural production need stable jobs. Moreover, to the extent necessary to ensure food security.