The expert believes that the regulator intervened, secretly supported the domestic currency. 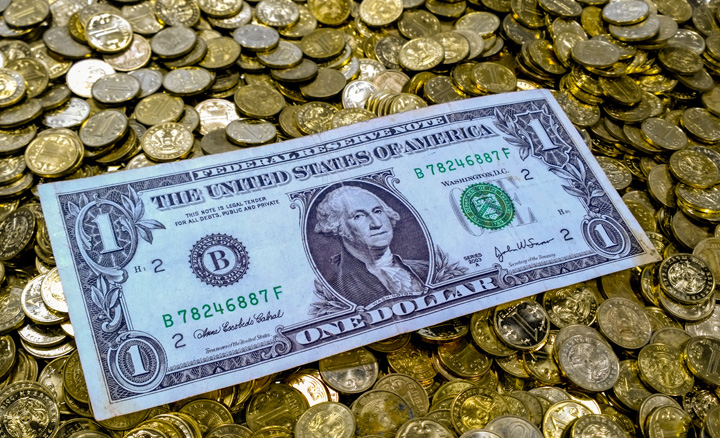 The national Bank started to fix for the dollar/tenge, says the economist Olzhas Leader in telegram channel Tengenomika. The expert believes that the only explanation for why there has not been a substantial devaluation of the Kazakh currency, although a combination of factors had lead to this.

Saves whether the national Bank tenge?

The leader believes that the tenge was supposed to be cheaper (although doesn’t specify how long exactly). He argues this as follows:

— The US dollar exchange rate the yuan rose to a month high — above of 7.14. While the dollar index (DXY) is approaching the mark of 100, which was not observed from March 2017. Statistics, China’s PMI contributed to lower Brent price slightly below USD 60 per barrel. However, to 64,9 increased rate USD/RUB, where the situation in addition to everything else increases also due to the completion of the tax period in Russia.

Dollar 500 tenge will not be — and for good reason

The result is greatly increased pressure on the Kazakhstan currency. Logical would it cheaper, but it just didn’t happen.

He believes that hand then put just the regulator, if needed

By the way, a few days before the Leader has argued that the national Bank it’s time again to “fix” a couple of dollar/tenge. At the same time emerging market currencies “are losing to the US dollar from 0.1% to 1.1%”. In particular, the Russian ruble fell to 64.3, while the Chinese yuan again exceeded 7,12.

The expert already then stated that the national Bank will try to do so. This means that a serious jump in the dollar is not expected.

— Similar dynamics of the tenge exchange rate will be associated with the actions of the national Bank,

which at the time of the current appreciable growth of USD/RUB will again try to fix the quotes of USD/KZT,

Tenge will gradually roll down the hill, not to fall into the abyss

Economist Aset Nauryzbaev, on the contrary, signs of the intervention of the regulator does not see. In his opinion, the situation develops naturally.

— In fact, the tenge against the ruble for quite a long time falling, why would it not grow back? he said.

Tenge will weaken further — the explanations of the economist

With regard to the dollar rate, Nauryzbayev and here does not see any reason for the artificial fixation. However, in his opinion, the domestic currency had strengthened – at least in the fall it happens regularly.

And the fact that she got up and quietly floats — a bad sign.

But no reason to panic and some extraordinary measures.

— If, for example, it became known that the withdrawn gold reserves, then we could talk about some interventions. But nothing like I know. And from the point of view of macroeconomics there are no serious reasons for the sharp dip in tenge is also not visible.

In this logic tenge will be quietly smoothly continue to roll down,

To help domestic currency appreciation would increase oil prices. Recently it was due to the Houthi attacks on Saudi infrastructure.

— If one day the market was delivered 5 million barrels, of course the price will jump. But then everything was back ago because the Saudis had quickly restored production infrastructure. Although the processing yet, — said Nauryzbaev.