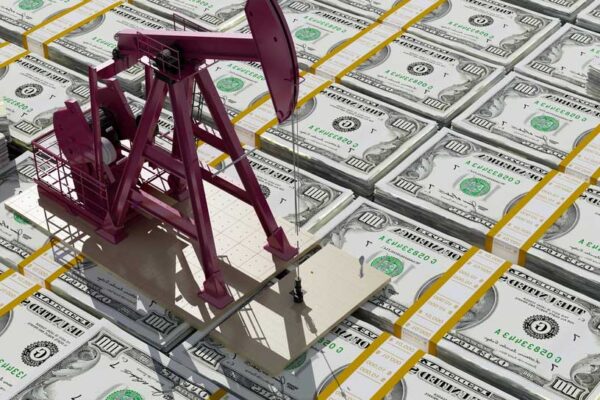 In early July, The Wall Street Journal published an important news: Saudi Arabia has threatened a new price war in the oil market. Supposedly, this force the countries-participants of the OPEC agreement, which took on obligations to reduce production, but do not perform them.

According to the newspaper, Saudi Prince Abdel Aziz bin Salman al Saud has issued an ultimatum to Angola and Nigeria, demanding their leadership to announce a clear plan to reduce production. But the representatives of these countries stated that they are not ready to take on specific commitments to limit quantities.

It is worth noting that in June, OPEC produced 22.7 million barrels of oil per day — the minimum value since the Gulf war (1991). Nigeria and Angola have improved compliance with quotas compared to may, but still lag behind (77% and 83%, respectively).

Saudi Arabia has signaled that it is ready to start to sell oil at a reduced price, and in the markets that are important for such countries:

“We know who your buyers”, — said the Saudi Minister, who was quoted by the WSJ source.

Knows it and the whole oil world. Key buyers of these countries India and China. And

if a price war will start in these areas, it will affect the rest of the world: the cost of “black gold” may again collapse

Taking advantage of the falling prices, many countries replenish their reserves of oil. The store was filled with great speed, and made me fear that new oil will have nowhere to store. In the course went even tankers, which lease is worth tens of thousands of dollars per day.

What will happen to tenge in the second quarantine? — the economists

Now the challenge for the Saudis is to force the country to spend its reserves. And it’s not only the liberation of the vaults. After all, the sooner the country will begin to consume purchased on the cheap oil, the sooner you start to buy a new one, but at a higher price. And in order to stimulate this process, Saudi Arabia raises prices to their customers.

In April and may, the Saudis have aggressively implemented the policy of large discounts (this is including allowed to strangle the competition and to push themselves to the best strategic decisions). Now from this practice, they gradually depart. As can be seen from the price list of the state oil company of the Kingdom of Saudi Agama,

in August, Saudi supplies will become more expensive for customers in almost all markets

The only market where Riyadh is driving prices, will be southern Europe. There are Arab Light and Arab Medium can be bought for 30 cents less than in July, with a premium of 90 and 20 cents to Brent, respectively.

Is there a crisis?

While global oil companies dream of rising oil prices, the processing sector, says the losses associated with the current, even a small increase in the cost.

According to Bloomberg, now oil companies are experiencing serious problems with margins. Due to the spring reduction in demand for gasoline, plastics and other commodities prices are noticeably subsided. The pace of recovery low. As a result, prices for products grow more slowly than raw materials. And this affects the financial performance of companies.

Under the threat of tens of thousands of jobs. Analysts expect a wave of bankruptcies and acquisitions. However, I agree with this view not all. A number of experts notes that the current commodity prices are significantly lower than in the beginning of the year, while the cost of products decreased much less.

In addition, if the bankruptcy goes, they are mostly affected by weak companies that have not passed the test of stress. Refining is still a very profitable business: even if you fulfilled the most pessimistic forecasts, the total revenues for the year will amount to $ 40 billion.

In the preparation of the text materials are used finanz.EN and Bloomberg