the October price increase was a record for the last almost 4 years. In the previous times as fast the cost of buildings increased in January 2016 (1.6 percent). Then it happened amid a sharp depreciation of the tenge and the resulting excessive demand for real estate. Now in the price formation the main role is played by other factors

Why prices are rising?

Significantly increased the demand for mortgage lending. According to the national Bank, in January-September of 2019, banks issued mortgage loans in 581,3 billion tenge. It’s 70% more than in the same period of the previous year (341,2 billion). This contributed to the improvement of the conditions of mortgage programs. If in the first half of the average percentage of mortgages was not lower than 9, in September it dropped to 7.8%.

A substantial amount of loans accounted for two megopolis of the Republic – Nur-Sultan and Almaty. In the southern metropolis offer though not much, but growing. So, for 9 months of commissioned 1.36 million sq m of housing — 2.8% more than the year before. In the capital, a noticeable drop of 1.2 million square meters and 34.1% less than at the end of the third quarters of 2018.

the demand for new buildings there, but the rate of input of new housing is lagging far behind

But the prices of new buildings are going up not only in the largest cities of the Republic. The cost per square meter of new housing for the second consecutive month increases:

Money from the public became more

However, the increased demand from the population reflects not only the mortgage. In General is growing and the total number of transactions, including on the secondary market. In October sold is 31.1 thousand apartments and houses – more this year, it was only in July (32,5 thousand).

But all of this would be possible without the growth in prosperity of the population. According to official data, in the third quarter of 2019, the average salary in Kazakhstan made 191,1 thousand tenge.

During the year it increased by 18.1%. Annual inflation at the end of September amounted to 5.3%. That is the average salary of Kazakhstani people is growing 3.4 times faster than prices. 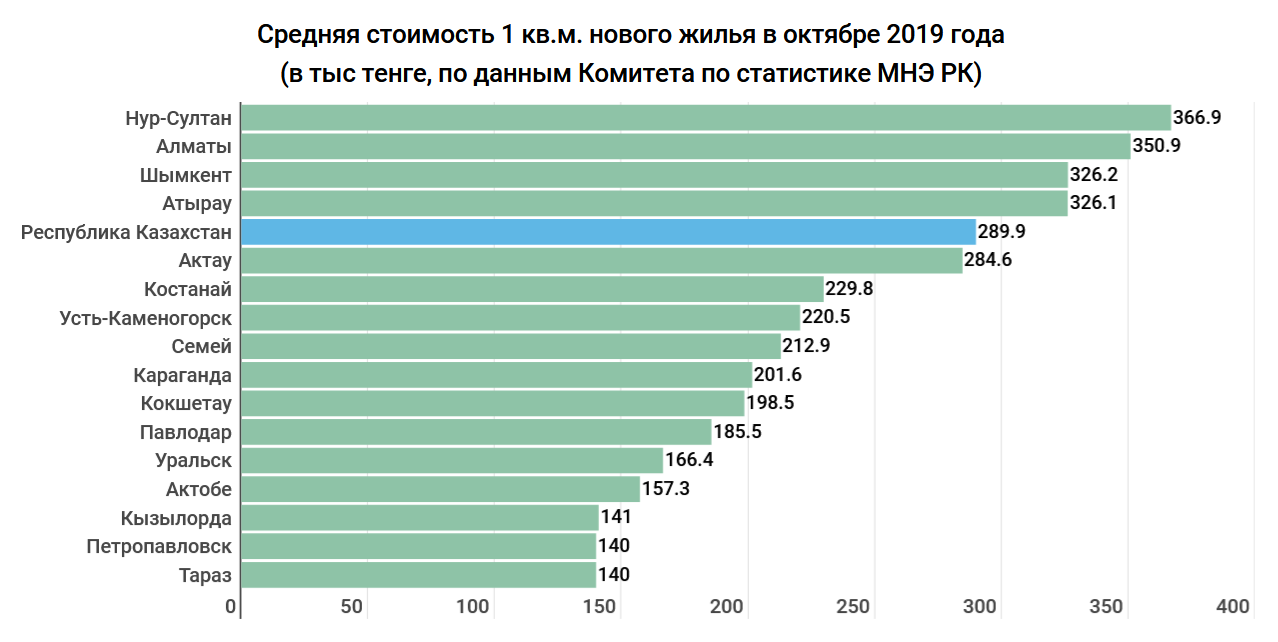 Finally, another reason of rising in price of housing, rising prices for building materials, tools and work. However, the construction industry is affected relatively slightly past 10 months where prices increased by 1.3%. Mortars, as well as some finishing materials in the country in General and is cheaper. But, for example, floor slabs, rose by 4.3%, pipes – by 4.1%, wire & cable – 3.4%, cement – by 3.4% sand and 1.5%.

How does the secondary market?

The growth of prices for new buildings provoked by the increase in the secondary. In October the average resale price of decent housing has increased again – it’s been the 19th consecutive month.

In October prices rose by 0.7% (to 198,7 thousand tenge). Year expensive secondary housing market of Almaty (in October – up 0.4%). During this time, the price per square meter increased by 24.3 thousand tenge (up to 366,6 thousand). Observed this process in other cities. So, in October the value increased 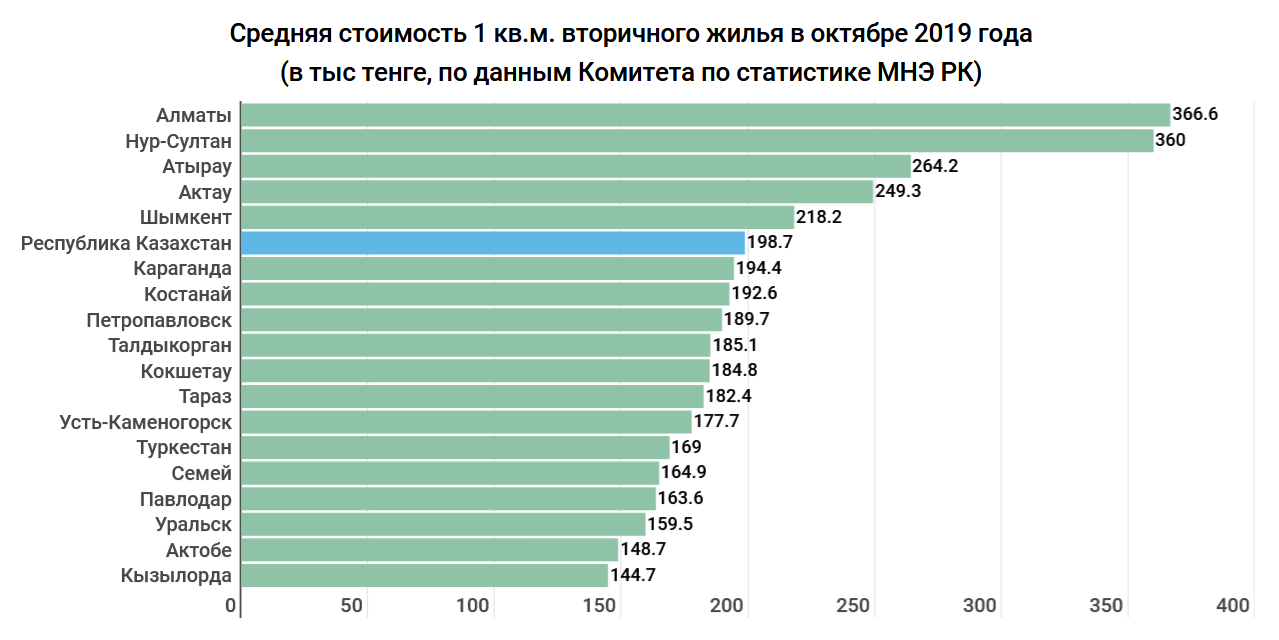