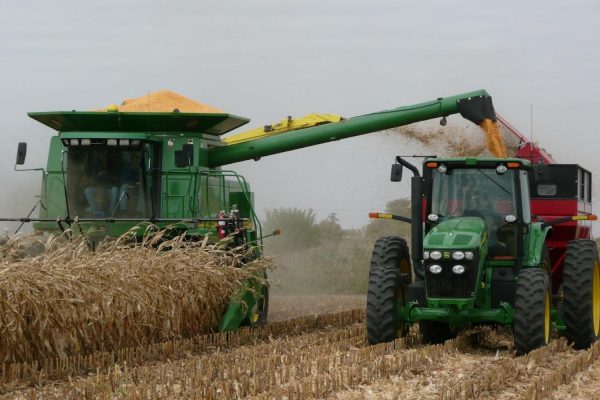 However, still the most powerful manufacturer of agricultural products in the Union remains Russia. For example, the EEU produced 19.4 million tons of meat, including chicken, the share of Russia fell to 15.1 million tons of meat products. The same applies to eggs. In 2019, the participating countries of the Union produced 55 billion eggs, of which 44.8 billion pieces — the credit Russian producers.

The only thing Kazakhstan almost caught up with the big neighbor, so that the number of small cattle. In Russia, in 2019 , it amounted to 22 million head, and in Kazakhstan — 19 million By 2021 Kazakhstan to increase the population more than 1 million heads.

And by 2021, and Russia and Kazakhstan workers in agriculture will be less. This is because among the five member States of the EEU, Kazakhstan, workers of agriculture one of the lowest wages — a total of 284 USD.

In General, according to that document, the forecast of development of agriculture of the States members of the Union for the coming half year shows a positive trend. This applies both to the production of Belgorodskiy and trade. Compared to the 2018 to 2021 gross production output of agriculture in the member States will increase in dollar terms by 8.3% to us $121,1 billion.

Bets are made on livestock, namely the increase of production of pork and poultry. In addition, the projected expansion of planted area by 1.4 million hectares — up to 110,0 million hectares Primarily to grow grain crops, legumes and oilseeds. Thus, the gross grain harvest will increase by 15.1 percent to 163.4 million tons. And although the acreage under potatoes in the EAEU countries will be reduced the harvest by nearly 1% needs to grow up.

The volume of foreign trade in food products and selhozartel members of the Union in 2021 will decrease by 1.5% to us $55.5 billion

The reason for this will be to reduce imports by 12.2% to us $27,2 billion. However, due to the increase in exports of 11.5% of the positive balance of foreign trade will amount to about $1.1 billion.

According to the forecasts of the EEC mutual trade of States-members of the Union in 2021 will grow by 15.8% compared to the year 2018. In monetary terms it will amount to 10.4 billion USD.

Thus, the EAEC will increase self-sufficiency in basic foodstuffs. Now through its own production facilities the Union provides itself with grain, sugar, vegetable oils, pork, eggs and mutton. By 2021, this list will be tightened and poultry. Up to 98% increase the availability of milk, up to 92% beef, up to 99.5% potatoes.

The EEC experts, noting the positive dynamics of development of the food market of the Union, draw attention to existing problems. For example, the low diversification of exports of member States. Since the main selhoztehnik supplied by the EEC in third countries, is grain, is clear evidence that the commodity component of the export. The numbers were impressive —

40% of all produced in the Union of grain was exported. Whereas for meat and milk production, the figure is only 2%

The problem is also significant and the share of imports in domestic consumption of meat, milk, fruits and vegetables.

Special attention economists pay to the imbalance of mutual deliveries and the simultaneous increase of foreign trade. Supply and demand is unbalanced. This suggests that when predicting the country are not well informed about the situation and do not seek to consider the interests of partner countries.

In some States of the EEU, as shown by the results of 2018, was the very low level of self-sufficiency of the individual products

For example, a private poultry production in Kyrgyzstan was 27,5%, in Armenia — 26.5%, and Kazakhstan — 58%. Armenia and Kyrgyzstan are serious problems with the production of vegetable oils.

The EEC noted that since these types of products are included in the list of components of food security, each referred to the state must increase their own production.

Collaborative forecasts — the basis for assessing the potential of mutual deliveries, the development prospects of the main agricultural industries. It is also an indicator of investment attractiveness taking into account the capacity of the market of the Union and ensure food security.