American companies that have to suffer from restrictive measures, rise in price much faster than in “peacetime”. 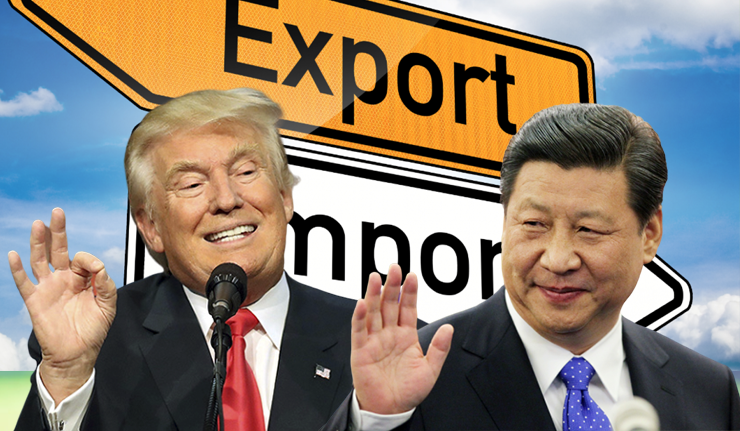 For the 3rd quarter of 2019, the S&P 500 index, which characterizes changes in the value of shares of 500 US companies with the largest capitalization increased by 19%. This is the best indicator for the last 22 years. Now the value of the index (2976,7) is near historic highs, lagging behind it by only 1.6 percent.

And this is happening on not the most favourable background. Indeed, analysts from around the world are waiting for lower world production and a fall in economic activity. In practice, this should mean that the production performance of major companies is expected to decline, and with them to fall and financial performance. But investors do not seem worried.

It is noted that the January-September 2018 the American companies have been largely successful — the S&P 500 and then grew with great speed. However, in the fourth quarter figures fell sharply. It is alarming some experts, who fear a repeat of the situation.

But there is a big difference: at the end of 2018 trade war between the US and China only accelerate. Now the same stocks increasing in price on the background of active actions of the parties. 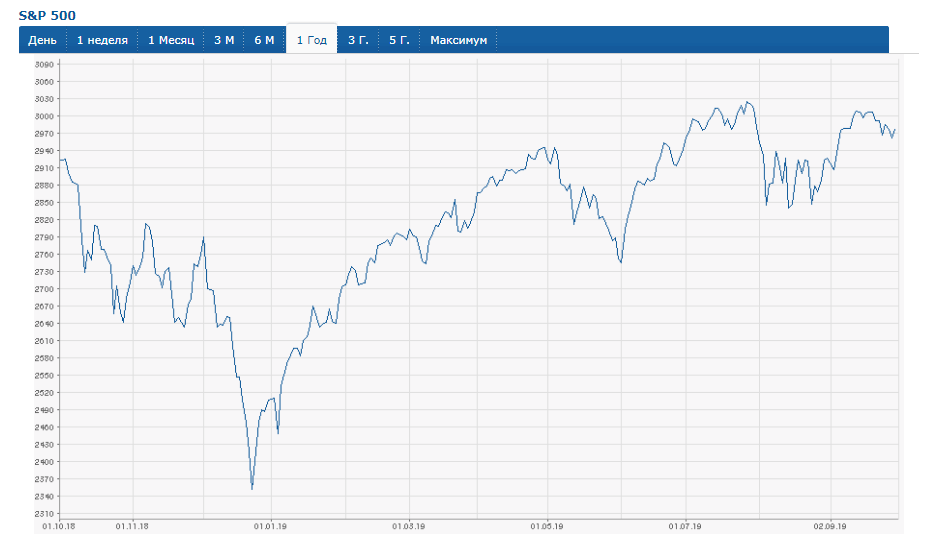 Thus, a paradoxical situation: the American company who have to suffer from restrictive measures, rise in price much faster than in “peacetime”. The same thing happens and some other industrial metals. For example, the palladium price reached a historic high, exceeding 1 700 dollars per ounce. Only in September this metal has risen in price for 10%.

The main reason is the deficit. Many countries are tightening environmental standards, forcing automakers to switch to production of gasoline and hybrid cars, abandoning the diesel models. But it needs more of palladium, which, as it turned out, just not enough.

According to estimates by Johnson Matthey, the deficit at the end of 2019 will amount to 809, as compared with 121 thousand ounces a year earlier. According to some market participants, the excess of demand over supply will continue for several more years. And this is somewhat from the projections that the growth of industrial production in the world will slow down.

Despite the fact that from time to time, the parties talk about a possible compromise, the tension between the US and China is increasing. The parties impose new restrictive tariffs relative to each other. And the stakes in the confrontation also continue to grow.

At the end of September, Bloomberg reported that the White house is considering excluding securities of Chinese companies from American stock exchanges. This may be one of the next steps in the confrontation. Markets news reacted rapidly – investors are “merging” securities. Shares of Alibaba on the new York stock exchange at the moment fell more than 6%, Baidu is more than 4%, JD – almost 7%.

As often happens, the news was preceded by positive rhetoric from the authorities. Two weeks before that, Donald trump said he was willing to consider entering into an interim trade deal with China. However, he said that he would prefer to sign a full agreement.

However, the us government news Bloomberg denied, though not quickly. The official representative of the U.S. Treasury Monica Crowley stated that

“at the moment, the administration is not considering the possibility of blocking Chinese companies from listing shares on U.S. stock exchanges.”

While the US and China continue to raise rates in trade wars, suffering and other countries. For example, 25 Sep America imposed sanctions on two companies within the Chinese group Cosco. The reason is the transportation of Iranian oil, which is prohibited by the United States.

“Daughter” of one of these companies has a joint venture with canadian Teekay, which produces a specialized fleet. Now with all of these courts have no right to work American companies and citizens. In fact, they were denied access and in foreign ports.

One of the largest customers Teekay is NOVATEK. The company acquires tanker for transportation of liquefied gas. Just for your major project “Yamal LNG” NOVATEK ordered 6 tankers.

This same “daughter” Cosco owns shares in one of the shipbuilding industry. It should be put on the Yamal LNG 5 tankers of the same type. Moreover, 3 of the tanker NOVATEK should put the joint Japanese company MOL and other structures Cosco Shanghai LNG.

De jure joint production under sanctions not covered. But still, with such companies are advised to work with caution. But in NOVATEK said that the sanctions against the Chinese in the work of the company is not affected.

In preparing the article used materials of RBC and Kommersant