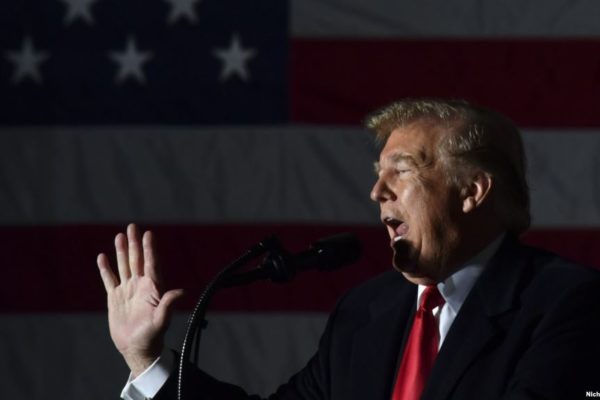 April 1, terminated the deal OPEC+, which in the last years the countries-oil exporters managed to maintain reasonable oil prices.

By the end of its validity, the global market came in a terrible state: the demand for raw materials are now at multi-year low, but the proposals do not become less. This leads to overflow of the world’s data storage and, as consequence, falling prices. In some cases, companies even have to pay extra just though someone took her.

You can earn as much as necessary?

Completion of the deal, OPEC+ actually unleashes Saudi Arabia, Russia and other countries:

now to extract oil in any quantity, beyond the framework of the agreements.

Oil has become the lots: buyers pay for her “buy”

And the country in advance declared that will not fail to seize this opportunity. This additional pressure on world prices. However, the closer to the APR, the less this kind of talk. Instead, the market is talking about the fact that world production will decline without agreements like OPEC+.

So, according to the forecast of IHS, Markit, in the first half of low prices will be removed from the market for 10 million barrels of oil per day

This will be possible due to the reduction of production in the United States, Canada, Venezuela, Iran and Iraq. On the other hand, the demand will still fall stronger: analysts estimate the April decline of 20 million barrels per day.

April 1, Bloomberg wrote that Russia has abandoned plans to increase – when there is no demand to do it makes no sense. And this is considering that a few weeks ago Russian energy Minister Alexander Novak said that Russia could increase production by 200-300 thousand barrels daily in the short term and 500 thousand barrels per day in the future. For comparison, Saudi Arabia announced that it will increase production in April by 2.6 million barrels per day.

But the main newsmakers in the oil market in recent days were not the Russians and not the Saudis. March 31 US President Donald trump said that he had discussed the issue of falling prices with Vladimir Putin and Mohamed bin Salman. It is possible a meeting of representatives of the three countries where the parties will discuss the further strategy.

“Both countries to discuss it and I will join them at the appropriate time, if need be,”

For the American economy, the fall in oil prices is not all clear. On the one hand, the country gets cheaper gasoline, which could become a driver of economic recovery after the situation with coronavirus stabiliziruemost. On the other hand, the oil industry is one of the largest in the American industry that provides tens of thousands of jobs.

US Department of energy on March 31 also reported on the meeting of Minister Dan Bruyette with Alexander Novak. Among other things discussed the issues of cooperation between major producers and consumers of energy resources. The topic is important not only globally, but also in the context of trade between countries. Russia is one of the largest suppliers of petroleum products in the U.S. – Russian Urals qualities similar to Venezuelan oil, which eventually replaced in the American market.

The need for this

In the Russian Federation has denied the talks mentioned trump: Saudi Arabia contact not stop, but the market situation is not discussed and some talk about the new deal is not. However, according to analysts, sooner or later Russia will have to take at least some steps to normalize the situation.

Price Agency Argus noted that for the past two days (30 and 31 March) some quotes of Russian oil was negative. This means that at this time the cost of shipping oil from Western Siberia and the export duty exceeded the price at which the Urals can be sold in Northwest Europe and the Mediterranean.

That is, every barrel produced, the company in fact lose money

Difficult situation in the United States. Here was recorded the first bankruptcy of a major shale companies. Whiting Petroleum began to experience problems before the fall in world prices. Now the situation has significantly worsened. By the way, a number of experts link the termination of the transaction OPEC+ with desire of the Russian oil to squeeze out of the market American kancevica. Even if it is not, then the first victim is already there. On the other hand, to start mining oil shale as it is much easier and cheaper, so

as soon as the situation stabiliziruemost, production will once again resume (even if you change a company directly involved in this)

However, the American authorities are not sitting idle. It was proposed to take advantage of low prices, it was proposed to procure cheap oil for storage, but Congress refused to allocate energy the money. Then, the office went the other way: I decided to give oil companies tanks the Strategic petroleum reserve. However, now they are not so many free space was about 77 million barrels. Fill their local oil can for a week

But while the main your move in the oil market the US has done in Twitter. Donald trump has once again demonstrated its unique ability to manipulate the markets. On 2 April he wrote that Saudi Arabia and Russia have agreed to limit production.

“I just talked to a friend of mine MBS (crown Prince) of Saudi Arabia, who spoke with Russian President Putin, and I expect and hope that they will cut about 10 million barrels of production, and perhaps even a lot more. If this happens, this will be PERFECT for the oil and gas industry!” —

Later, he said that it could be about 15 million barrels.

On the news Brent has grown in price by $ 9 (from 26 to 35) for a few minutes, and then stabilized at around $ 30 per barrel. Similar dynamics happened with WTI

By the way, in Russia such arrangements as are usually rejected. However, further development shows that some progress in this direction is still conducted. A few hours after the Declaration of the trump Saudi Arabia has offered to hold an emergency meeting of the countries-participants of the OPEC deal+ to come to a fair agreement on the balancing market. It is alleged that the call is associated with the request of trump and the “friends in the United States.” The Wall Street Journal reported that the Saudis are willing to cut oil production up to 6 million barrels (!) a day.

The evening of April 2 it became known the details of the meeting Alexander Novak with the Americans. The representative of the authorities of Texas, chief oil region of the United States, Ryan Sitton reported that he talked with Russia’s energy Minister and discussed with him the reduction of daily oil production at 10 million barrels (!). According to him, further he intends to discuss the issue with crown Prince of Saudi Arabia.

Interestingly, the US itself to make concessions do not plan to.

“No, we did not discuss any concessions on our part. This deal is necessary for Russia and Saudi Arabia,”

— said the U.S. President during a press conference.

In preparing the article used materials finanz.ru The Bell and RBC