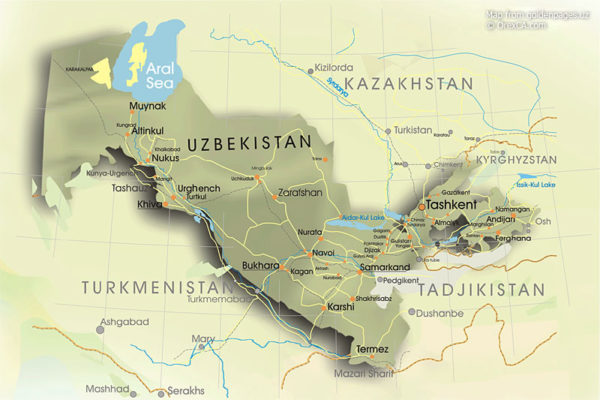 In an interview with Vloomberg mark Horton, Deputy Director of the Department of Middle East and Central Asia of the IMF, said the increased competition for regional leadership.

In particular, Horton said that the openness of Uzbekistan to foreign investment after years of isolation is a challenge for the leadership position of Kazakhstan.

“Uzbekistan will compete with Kazakhstan in the field of positive investment,” he said. – This will force both countries to work hard on improving the transparency policy and the business environment.”

Uzbekistan’s population is 33 million people, or one and a half times the population of Kazakhstan, but according to the IMF, its economy is three times less. However, said Horton, the country should seek ways to benefit from earlier experience of Kazakhstan in attracting foreign money. And both countries should be open to cooperation and mutual investment, he added.

Already not call, but the alarm

However, the fact that Kazakhstan is losing its position in the region, experts say at least since the autumn of 2018. Then only two weeks in Uzbekistan signed with foreign investors, contracts totaling approximately $2.5 billion With a significant portion focused on the development of the real sector.

Earlier, Uzbekistan became actively involved in the development of its energy, mainly due to Russian investment. And it’s not just about global modernization of existing thermal and hydro power plants, but building new. So, in the state concept of development of energy sector of Uzbekistan said that until 2024 it is planned to complete the construction of 4 large and 16 small hydroelectric power plants. The total investment in the framework of the concept exceeds $2.6 billion.

In addition, together with Russian “Rosatom” Uzbekistan started construction of the first in Central Asia of a nuclear power plant.

Actively country attracts investments and alternative energy. After a year of expected commissioning of several solar and wind power stations. Construction firms from France, Germany, Turkey and the UAE.

No less active is the development of the industry. So, in Tashkent, the Russians opened a plant for the production of tower cranes. The French company Fives and ExxonMobil formally announced its decision to open in Uzbekistan its production. The first will produce automotive glass, the second engine oil.

Uzbekistan is carrying out great work in the development of tourism. In Bukhara, the French erected tourist zone “Kadimi Bukhoro” totaling $100 million In Samarkand at the expense of investment Emirates is built up of large international hotel and tourist shopping center. At the stage of signing an agreement with the Chinese on the establishment of the concept of the General plan and organization of the urban space in the capital of Amir Temur.

In General, we can say that Uzbekistan pulled the main flow of foreign investment. So