The Ministry forecast further rise in prices for bakery products. The Minister claims that the harvested grain is enough to supply the domestic market. 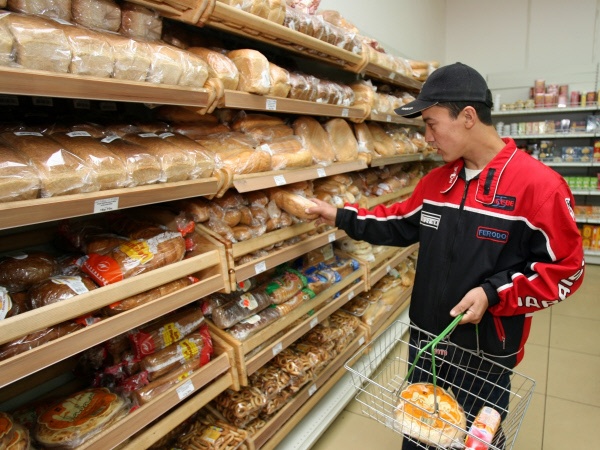 According to the statistics Committee, in the first week of October, the national average cost of bread rose by 0.9%, flour – by 1.5%. In both cases, the maximum weekly price increase since the beginning of April. For 9 months of 2019 the bread has risen by 10% — so fast it is not expensive for 4 years.

The growth of prices for flour and is on high for at least the past 7 years (16.5% in January-September). And apparently, this is not limited.

— said at a press conference the Minister of agriculture Saparkhan Omarov.

“We will work to avoid a sudden jump in prices. Now the Corporation buys grain to stabilize the domestic market”, — assured the Minister.

In addition, he recalled that each regional administration buys wheat and flour in the stabilization Fund.

However, traditional measures of the Ministry of agriculture to stabilize prices might pass out before the performance of the harvest company. The fact that 2019 was one of the most barren in recent years.

According to the latest data, and produced 19.1 million tons of grain. That’s about 2 million less than in 2018. Poor quality. As noted in the Ministry of agriculture, in 2018, 93% of the incoming grain elevators grain was wheat. Now this figure stands at 80%.

However, the Minister assured that the forecast growth of prices for bread and flour has nothing to do with negative yield. He recalled that

the cost of bread flour, the proportion is about 54%

The rest depends on other expenses — energy costs, other costs, and so on.

With regard to the stocks of food grains, their is more than enough. To cover the needs of the domestic market is 6 million tonnes. But export strategy will have to be revised.

Grains – one of the main export goods of Kazakhstan. At the end of 8 months of sales of wheat in real terms fell in comparison with the previous year by 10%. And this trend may continue trading in the previous volumes will have nothing.

According to the Ministry, the export potential in the 2019-2020 marketing year will be reduced by almost 3 million tonnes. Changed and the main task was not to search for new partners.

“The main objective this season is to maintain its position in the traditional markets for Kazakh grain. That is, in the countries of Central Asia (Uzbekistan, Tajikistan, Kyrgyzstan, Turkmenistan), Afghanistan and Iran. Due to the high harvest in these countries, demand from traditional importers is also reduced.

These data indicate that in these areas it is necessary to provide the average annual export of grain and flour by volume below 5 million tons. Also in the framework of agreements it is necessary to maintain the rate of exports of high quality wheat Hi-Pro and barley in the promising China — said Saparkhan Omarov.