In early February, “Almaty su” put consumers on notice that from now on the difference in the testimony obschedomovyh and indoor meters will be spread to all consumers.

“The analysis showed that in most homes there is discrepancy between the testimony obschedomovyh meters and the total charges billed to the owners of the premises,” — writes in his message a monopolist. — “However, the number of houses so there is a difference, and it is payable by owners of residential and non-residential premises. There are various reasons for the formation of difference.

This is the cost of water obschedomovye needs irrigation, technical costs (crimping networking, flushing of internal house networks, cleaning costs), and various leaks in intra house networks of a waterpipe

The introduction of this system of charges will reduce unaccounted water loss and will also encourage owners to be more responsible service of intrahouse engineering networks, which are commonly shared ownership of the residents themselves”.

Simply put, before Almaty residents in their receipts filled in the column “previous” and “current” readings of metering devices was multiplied by the fare paid.

The arguments are not convincing

Almaty resident Aleksandr Pak is at war with “Almaty su” is not the first year. He found several schemes of attaching a monopolist extra fees on consumers. Recently, at the reporting meeting of akim of Auezov district with the population of Pak accused holding of fraud in especially large sizes. The same day he held a dialogue with the leadership of “Almaty su”. 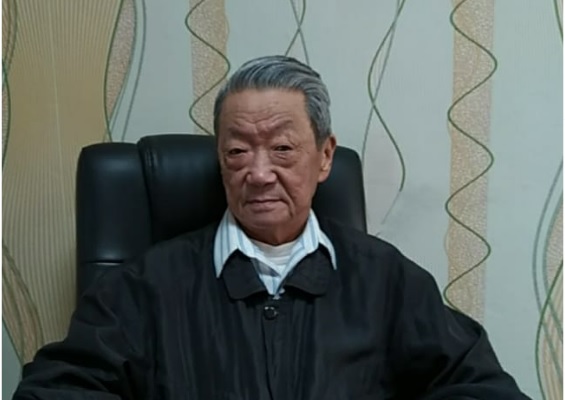 — Usually respond to accusations of serious crimes? says consumer. — Oh, he’s a scoundrel, we get sued, it’s slander! But no, “Almaty su” this will not work. I proved they documented how they were illegally hung on the consumers of unknown amount.

— Let’s start with the fact that

the utility to consumers, even their losses

That is, being punished for any violations or breaches of good-faith users of public services. Let’s see: where the logic of the holding may leak water past the counters?

We give an example in porches. Take as example a 3 apartment house. First, once a week for cleaning, it takes up to 6 buckets of water 2 buckets on the porch. It’s 60 liters — 0,06 Cuba. In a month — 0,24 Cuba. For the year it is a little over 2 cubes. If translated into money — a little over a hundred tenge.

those 2 buckets of water with which to wash their porches, pour cleaners tenants. That is, the water passes through someone’s counter

Therefore, to refer to the loss of porches — argument is untenable.

— Watering of gardens is also mentioned.

Even if someone is using the kitchen will stretch the hose to the garden to water the plants, and this water will pass through someone’s counter. Nobody cuts into pipe in the basement to bypass the counter, to the trees with flowers to water. Folly

— The flushing of the heating system.

— If it is done 2 times a year, in the water, spent for heating, consumers have overpaid by 100 times. At the current rates.

A monopoly in General is talking about obschedomovyh needs, which lead to the difference between the readings of common house metering and individual metering.

— So let specifically called what house needs we are discussing. There is no such. Blame it on the cleaners will not work.

If in any particular house there are large discrepancies in the readings of the meters, let the search for the cause along with KSK. Find the guilty, charge him with the expense. But you don’t need this difference to hang at all. By the way,

How can we be sure that readings are taken correctly and nothing is screwed? I am legally bound to pay at his counter in the apartment, no more.

Their subscription Department is always crowds of people on the same issues — on charges and debts.

And this new system payment actually since February started? Because often receipts the debt is loose, then the overpayment.

I’m sure the wording about February — response to my statement about the fraud and talks with the management of the holding. Because holding need something to tell me. So they generated the idea to legalize the spreading of discrepancies to all consumers. In order to avoid reproaches.

They say that these innovations entered into the standard contract No. 58. Are you familiar with this document?

— I it in eyes did not see and did not sign. I assume we are talking about the contract between “Almaty su” and KSK. Do not be surprised if it is.

500 tenge of the nose, the monopoly celebration

So, what to look for in the receipts, not to fall for the tricks of monopolists?

— 10 years ago in the receipts of tenants of some houses, depending on SCC appeared to increase to 500 tenge to the principal amount, which is paid for by meter reading. People were surprised and indignant. They were told that, say, water somewhere flowing, and because the loss is scattered equally at all. Isn’t that reminiscent of this February’s new?

But I repeat — 500 tenge is 10 cubic meters. There are families that in a month not so much consume, not to mention some leaks. Note that these 500 tenge was hanged not always, but from time to time. I then wrote a letter to the Prosecutor of the city, and the old woman from next door has put under it the signature.

Just in Gorvodokanal was checking, and after my statement this Supplement is 500 tenge from the receipts disappeared

Or here’s another scheme. I consume about 2 cubes of water per month. And suddenly I’m facing a debt of 6 cubes. I phoned the Call center. I was told that there was a disconnection in the records of the testimony due to the fact that I changed the counter. And that the correction data is required 2 weeks. However, the debt disappeared only a few months later. This is fundamental and I run out. And someone would wave a hand and will pay.

Some time ago in the receipts, the utility began to fill with the testimony. And with incorrect testimony, much lower than was recorded by the consumer last month. I remember your testimony, so the correct figure. But others do not remember, do not pay attention, they lost the receipt or it is not possible to see past readings. And pay as directed by the supplier.

That is, there is a monopolist relies on the inattention of the consumer who trusts what they write

So I ask — why a monopolist. looking at my receipt and something fills for me?

Not paid the debt — goodbye, water?

— The receipts go not only “Almaty su”, and other utility providers.

— Another way of cheating — holding introduced the concept of a daily average consumption. And now populates in the receipt of both the previous and current readings. And presents them to pay as untrue. After this practice many saw in the receipt the debt.

People are outraged again. And operators “Almaty su” I advise you not to pay attention. Meanwhile, “debt” hanging for months. And if you look closely at the numbers, imposed a monopoly payment, you will see that they coincide with the data that you have already made a payment earlier. That is, if I had to pay imposed by the monopoly of evidence, you will re-pay what is already paid.

At the meeting with the Governor’s office I asked what to write on our receipt of the results of someone else’s monitoring? Monitor, study in my office, we do not meddle. And especially not to impose for payment of your observations. What do you care, how much on average per day I consume water? The main thing that I cry for her. While he tried to convince me of their losses, agreed to the fact that even if you take extra then I will do a refund. Brilliant!

Any attempt to appeal to competent law enforcement authorities lead to nothing. I tried.

Due to the insignificance of the amount, about which I am talking about, they don’t even see in the actions of the monopolist no crime and corpus delicti

And absolutely do not want to multiply these 100-500 tenge on the number of consumers in the city.

As I see the situation. 100 tenge per one consumer is Rosa. Which condenseries in drops. Drop — in trickle, trickle in streams, and streams into a gigantic financial flows. And in these streams are involved and teplovik, and electricians, and so on. There’s billions at weaning which the consumer no one wants to pay attention.