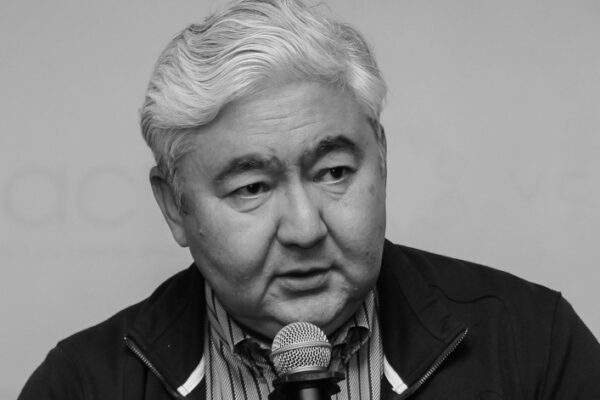 I must admit – it is obvious that the release from quarantine in General is wrong. And worst of all, the quarantine allowed us to save thousands of lives and provided a pause for preparation “the second stage of the quarantine.” As always, instead of the correct training has turned out as always.

Half hoping for a higher power, like suffered, that’s all, now life goes still. And the other half did what we could and wanted to. And it was necessary to prepare not “exit” from quarantine, and log in. The transition to a new phase of the quarantine. Ended “state of emergency” — and rightly so. But the quarantine was not supposed to end.

Live score can be estimated so: not terrible, but not good, or rather bad. And we are not alone. In the world there are many countries and many examples of “different quarantine”. But the easiest way to examine the situation on the USA, because there are 50 States, and each has his own policy. As a result, we see more or less within the same country, the consequences of a particular step or technique.

The worst situation was in the state of new York. She was just awful. And if new York with its 20 million people were a country, it would rank first in the world in the number of infected.

April 16, and if you remember we have a state of emergency imposed on March 16, in the state of new York 213 800 was infected. And on the same day in Kazakhstan, with its 18 million population – 1 318. Feel the difference!

There is not time to bury people, a couple of times even seen parked outside the morgue refrigerated trucks, which stored body. The expected deterioration of the situation before total disaster, but clearly the talented work of Governor Cuomo has helped to halt the epidemic and to turn the situation for the better.

Why the crisis hit harder in NY? It is a “gateway” in the United States, and America made a big mistake. Now genetic analysis of the virus it became clear that a mutation in the metropolis was brought from Europe, from Milan. In late February, America has closed the border with China, but in Europe no questions. And for two months through the airports of new York arrived 2 million visitors from the Old world, 2 thousand of them Americans, have returned after a long stay in Milan.

Therefore, the number of infections and rate of its distribution in NY was phenomenal. The virus almost a month quietly spread across the state and a little in other places of America.

And in Texas on April 16, was discovered only 16 500 infected, the user went there “heroes”. Talked and listened to the same stories about “flu-like virus” that is afraid of the heat and summer will melt away like a snowman, about liberals who want to increase the influence of the state and to limit the choices of a free man. And Governor Abbott began to open the state may 1, 25-50% of the capacity of the institutions and mid-may almost completely.

The result is a big problem – the hospitals of Texas and especially the major city of Houston on the edge, the number of infected 150 thousand, or 10 times more than before the abolition of quarantine. And in new York, the incidence continues to go down, the situation is under control.

Instead of a conclusion. Our main problem is a systemic weakness leading to inefficiency of the whole state apparatus. This potent crisis just showed everything clearly. It is not the Ministry of health and not Bartanova, which, by the way, as a reformer has done more reforms than any other Ministry. Although the Ministry of health was not given as many resources as received other. And in General, the problems of this crisis is not in medicine and not doctors. They do, and doing heroically what can and what can not. And Birtanov not a magician, and Choi is not a magician… but we’ll see.

The second phase of the quarantine requires huge and well-coordinated work of all ministries and local authorities. While they have shown themselves not with the best hand.

The question arises – why? First, they have not developed a clear plan and strategy “for tomorrow” below and above and below all knew what to do and what to prepare for. While it is clear – nobody in the world knows what tomorrow will bring. But this is a General truth. Since that time, the world has learned a lot about the habits of the virus, each day there is more and more information and methods of work. But only not at us.

The work of each and every

Therefore it was not necessary to run “ahead of locomotive”, you had better to follow the most effective practices and carefully adapted to our conditions. Overcoming this crisis, especially in the second phase of the quarantine, it is not about doctors. This is the work of the whole society and each individual.

It turns out that several years ago, the speciality “epidemiology” we do shut down unnecessary. By the way, epidemics, epidemiologists do not “virologists”, which is also a medical specialty in the Russian language does not appear – there is infectious disease…