“If the Islamists will not interfere in politics, then turn Kazakhstan into a Caliphate. We will turn into countries like Saudi Arabia, Afghanistan, Syria. Are you ready for this?” — asks the Mukhtar of Tijan. 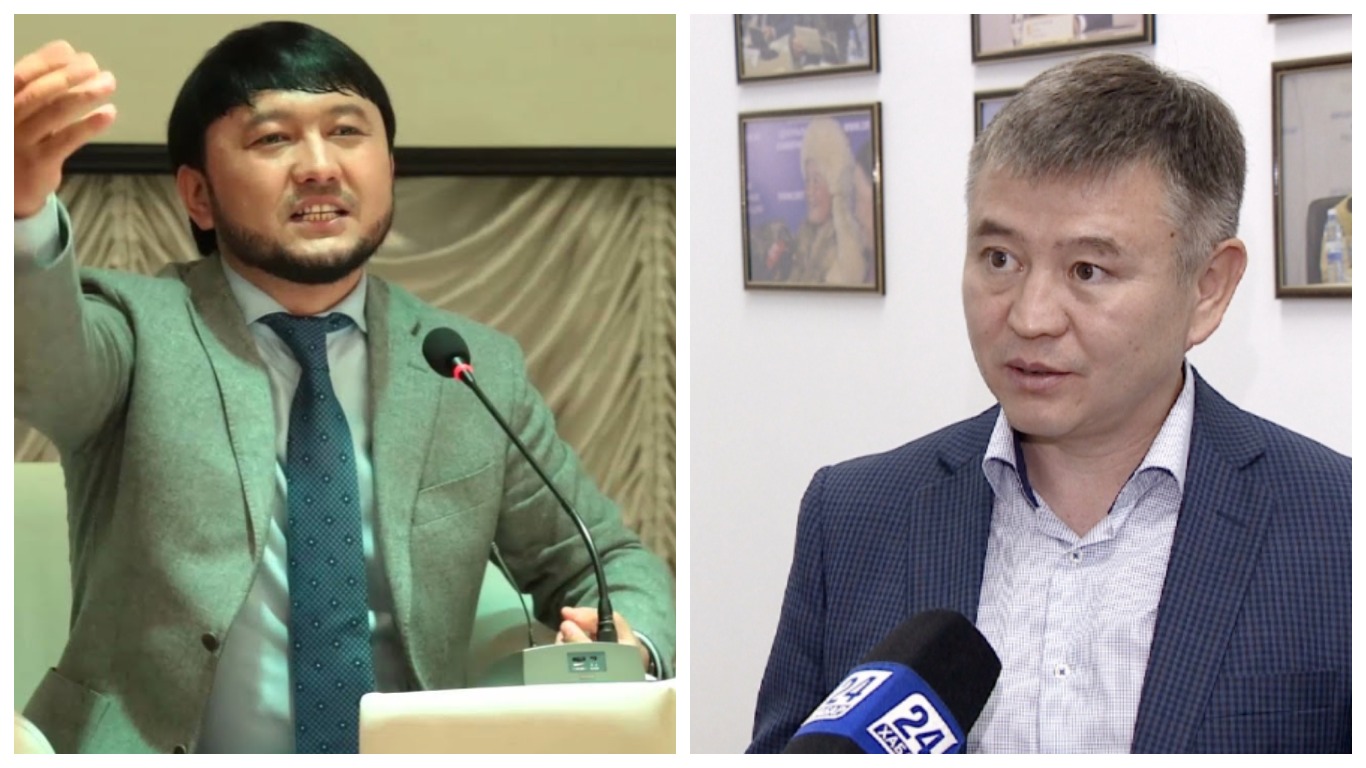 Mukhtar of Tijan resented the interference of religion in Affairs of state, writes the news portal Skifnews.kz, referring to the personal page public figure.

Who gave the right?

Mukhtar of Tigan notes that it is important for us to remain a secular state. He wonders why the Islamists, for example Mukhamedzhan Tazabek, are preaching in public bodies?

why Mukhamedzhan Tazabek, head of the religious channel, leads a sermon at the state authorities — the police, the army, schools and universities?

Who is he provides this capability? Why he incited the police against the people who came to protest? Who gave him that right? I consider such actions a real provocation. The police should not use force against the left on peaceful demonstrations. The peaceful rally is a constitutional right of the people”, — writes Taigan.

According to Mukhtar Tiana, if this continues, eventually the Islamists can turn Kazakhstan into a Caliphate. And it will end very badly with war.

“The end will definitely be bloody.

We need Sharia law or democracy? You need to make a choice because it is 100% contradictory phenomena

Now we are talking about the persecution, and then begin a reign of terror.

Cut off the heads and hands of people to score women with stones, etc. — so lives a Caliphate, under Sharia law

Our country will become a country of ignoramuses. Therefore, it is important to maintain a secular state,” he writes.

Mukhtar of Teigan wrote that we have now achieved what dreamed of figures of Alash Orda became a secular state. And always have to defend this position.

Public figure shared in his record screenshot record of another user, Zhandosov Demesin one of the main characters of the cartoon broadcast on channel Balapan, wears a beard without a mustache. So he alludes to the fact that the followers of non-traditional groups started their propaganda through the children’s minds. 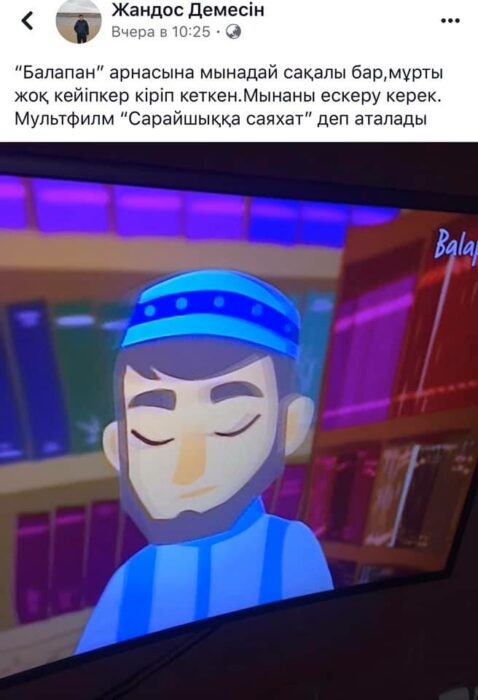 In this regard, the Director of the TV channel Balapan Makpal Zhumabai left a comment where it explains that this cartoon was broadcast on the state program.

“Balapan is the only platform that shows not only its products, but the work taken by other studios. Products separate studios are broadcast on a free basis. One of these projects — animated series “Journey to sarayshyk”. This animated series were released by order of the akimat of Atyrau region within the framework of the program “Rouhani gear”. The animated series tells the story of the city saraishyk XII-XVI centuries. Through interesting and exciting events the two friends are promoted historic sites, lifestyle of our ancestors,” wrote Makpal Zhumabai. 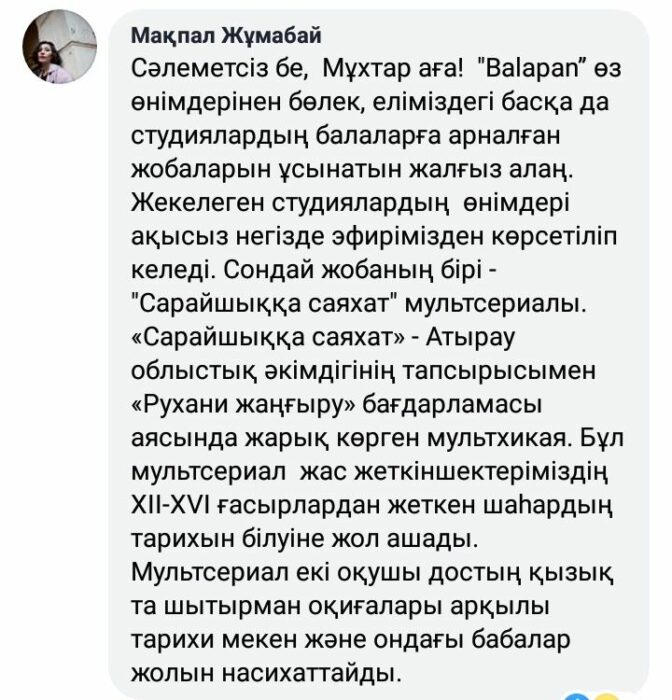 We will remind, recently the Network spread a video from various performances of the poet and the Islamist of Mukhamedzhan Tazabek.

We’ll see how Tazabek tells the police that rallies military must do its duty, that is, to detain offenders, and that this is not the place for pity. The video caused a storm of negativity from social media users.