However, the government begins to suspect what’s really going on. 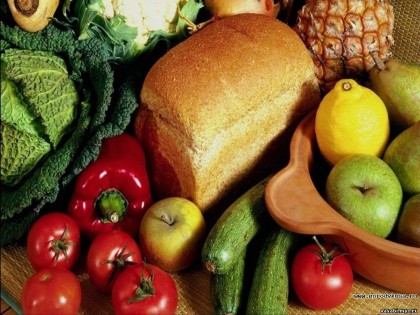 The Turkmen President believes that the country’s market is saturated with agricultural products. But the queue for the eggs, flour and sunflower oil tell a different story. About it writes portal Eurasianet.org.

It is time to do something

At a recent government meeting, Gurbanguly Berdimuhamedov said that the private sector is growing. And he not only helped “to satisfy the domestic market high quality agricultural products,” but also strengthened the country’s export potential. And then

demanded to seek new markets for the sale of surplus food. Of course, abroad

In the meantime continue to receive news about the food shortages in the country.

Why Turkmenistan will start to starve? — media review

However, the deficit was mainly in the state shops, private traders, the food is – but much more expensive.

However, some initiatives indicate that

the government understands can not last long

On 21 October, Azerbaijani news Agency Trend reported on attempts to slightly relax the rules for the use of agricultural land.

Farmland is available for long term rent. 70% of land should be reserved for wheat, cotton and other crops, sequestered under state production quotas. The rest of the land farmers may use for any other crops.

Saving private farmer: what will help the agricultural industry?

Any surplus state-approved crops, the producer may either sell to the government at fixed prices, or to keep.

This cautious transition to a market mechanism is carried out with the explicit intention to improve performance. A presidential decree, reported by the Trend, it was approved the allocation of land. This means that

At whose expense is the Banquet — is not yet clear

The implementation of the gas pipeline project Turkmenistan-Afghanistan-Pakistan-India (TAPI) seem to have moved from a dead point.

with the proposal of the Pakistani government guarantees for the project

Located in Karachi The News International, citing its sources reported that Turkmen has pledged to include provisions

News site notes that the Ashgabat also expressed its willingness to negotiate the order of gas pricing.

Will Kazakhstan and Uzbekistan to send its troops to resolve the Afghan problem?

Xinhua news Agency announced the formation of the Afghan military force which will provide security for the TAPI. Chinese state news Agency said that

a detachment of 700 people have already started performance of duty

Afghanistan was supposed to start construction of its section of TAPI in February 2018, but little progress, it seems, is not observed. The emergence of the armed forces may change the situation,

although it is not entirely clear who will pay for this