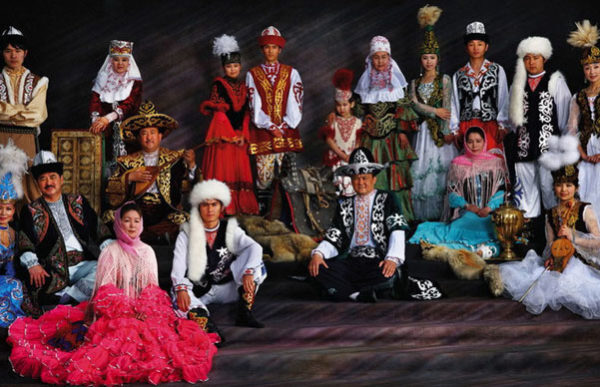 This opinion was expressed by the author Abil-Serik Aliakbar portal Abai.kzreferring to research by Professor, doctor of historical Sciences of EKSU. S. Amanzholov Oleksandr Aleksyeyenko.

According to the statistics Committee, in January-September 2019 34.2 thousand Kazakhstan citizens received citizenship of other countries. Of these, 90% moved to the CIS countries.

Towhich the ethnic composition will have our country thRES 10-15 years, what language will speak and what language will be considered foreign, about this no information. In General, in Kazakhstan the topic of etnoturistic taboo, the author writes.

Etnoturistic in our country aimed to find a new ethnic group as a needle in a haystack. And then to announce that we are a multiethnic country

The author cites data scientist-demographer Alexander Alekseenko. In the 50-60-ies of the last century, Kazakh people had experienced a huge population explosion. The total fertility rate among Kazakhs in the early 60-ies amounted to 7,4-7,5 children per mother, is currently a 2.8.

Kazakhstan as a monoethnic country

The author writes that after 10 years, the Kazakhs on their land will achieve increased times to the Stolypin land reform in the early 20th century and the number will rise to 80%. 15% will be Russian and 5% Uzbeks.

Now the average age of Russians living in Kazakhstan, mostly older than 40 years. In 20 years all these people will reach retirement age. There is reason to believe that 15% of ethnic Russians in the country 80-90% will be only pensioners.

For 30 years, the population of Kazakhstan increased by only 2 million people — a Review of kissme

Scientist Alekseenko shares a baby boom in Kazakhstan in three stages: the population explosion of the 50’s and 60’s, 80’s and 2000.

“The Kazakhs, not belittling and not oppressing others, naturally become the main nation

The Foundation for growth was laid 50 years ago.

If you take the census of 1959 and 1989, we can see that the number of Kazakhs increased by 2.5 times. And this is a huge growth of one generation for 30 years,” the scientist said in an interview.

While the authorities have does not exist anywhere in the world trilingualism and declare themselves “multinational country”, the scientist-researcher Alekseenko not afraid to say that

In the world there are more than 110 countries (that is, more than half of all countries in the world), which, along with the state officially recognized and other languages.

Mono-ethnic States is much smaller.

According to the head of state, has formed 400 universal mobile teams to provide complex health services to the population at home. Until the end of July, their number will be increased to 3.5 million. “Work has begun to increase in the hospitals. Since my instructions the number of beds for patients with coronavirus has increased by 70% and increased to 43 thousand. Actively involved in this work and military physicians,” said Kassym-Jomart Tokayev In…