On 2 October the mayor on his page on Instagram said that he intends to “revive” idle facilities — and more than 50. 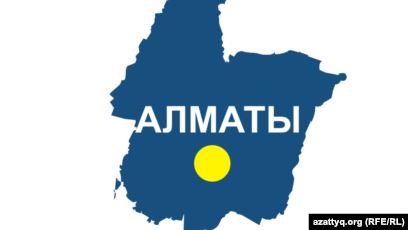 According to Bakhytzhan Sagintayev, they will be replaced by kindergartens, schools and clinics.

How realistic are these plans, we asked the experts.

The President of the Almaty Association of entrepreneurs Viktor yambaev was set up very critical. He urged to start with the answer to a simple question — why they were in such a state?

— If you blame the government, we need to find out why officials still sat like dogs in the manger — neither themselves do not use or people did not give.

in such a megalopolis as Almaty, ownerless property can not be

— All have long bought or sold. And these objects are also somehow has a boss. Why should he not use them to their advantage? He probably has too much real estate that there is no time to learn

On the other hand, Yambaeva interested in how the administration will dispose of the property:

— If it is a ransom from the owners, then at what price? Perhaps at the time picked up, but are unable to swallow and want to return. It is also possible that using the administrative resource, now they are pressuring city officials to have the property repurchased. And at what price — crazy?

AmBev believes that all the procedures should be public and transparent. But nevertheless notes that it can be done:

— In the conditions of market relations this is just a dream. There are concepts of commercial and banking secrecy. Money likes silence, and property — the same money. Therefore, most likely, the declarative we are going to hear, but the actual fate of these objects so no one will know.

“The curvature of the work state plus”

In turn, economist Aset Nauryzbaev said that problems with the initiative of the should arise.

— There are two ways of withdrawal of buildings. The first is to recognize the object is unattended if there is no owner. Second — to buy it for state needs, if the boss is there. However, these gosnuzhdy should be clearly stated. Appraisal company will assess and offer a price to the owner.

The economist believes that the initiative will be the beginning of illegal seizure of any objects.

— Already selected under some pretext of building in Shanyrak. You all know how that ended. I do not think that the left want to repeat those events. The theme of seizure of property is too sensitive, he added.

According to the expert, the procedure for the removal of objects for the state needs has long worked.

— If the owners will to resist,… We know our state. In this sense, authoritarianism helps. Against the owners will use all the mechanisms. Will put pressure on all the problems and “nightmare” until, until. This is a plus, so the curvature of our state will exempt the city from abandoned buildings.

Nauryzbayev said that when the target of privatization should be put encumbrances and properly recorded.

— When privatized without encumbrances, then the owner forced to have to anything impossible. If he did not deliver in time, the contract is cancelled and parties return to original position.