A company dealing with cyber security issues, found that Russia has successfully exported such business as lies. 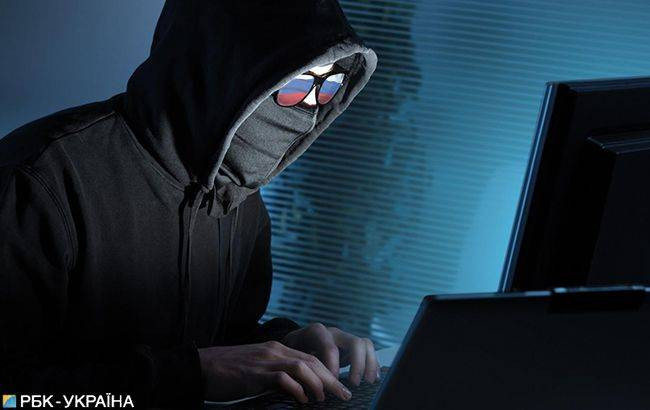 No company in the world, regardless of size, are not immune from attack “Russian hackers”. For a very small fee, you can hire Russian specialists to denigrate competitor. And it will be done at a high level. To such conclusion have come in Recorded Future, a small American company on cyber security.

No matter what you phantom

Exploring the problem of disinformation in the global network, employees of Recorded Future “created” a fake company Tyrell Corporation (the report says that the company name and forum nicknames of all the participants changed). Then, through discreet Russian forum addressed to the specialist under the name “Raskolnikov”. The goal is to promote his creation in the Internet space in the UK.

“The range of services offered by Russian PR-companies, amazing. They have a few thousand fake accounts on social networks such as Facebook and LinkedIn.

Moreover, I offer services in placement of news articles in English-language media

Thus they are not concerned that our company exists only in our imagination”, — the report says.

“Profiles are usually looked authentic. Used images and names of managers of the web site Tyrell Corporation. Currently, we are not sure how many profiles were trolls or bots. But mostly there were comments of real people asking questions about the company. In fact, we saw nothing suspicious in the accounts Tyrell Corporation in social networking, except that this is a new company.”

The next step was the publication of articles in the media. But almost any resource in the UK. And in any quantity.

“We decided to start with two articles. Raskolnikov wrote articles and sent them to us for review before publication. The articles were General, announced about our wonderful company Tyrell Corporation around the world. And quite convincingly reported, why we’re the best”.

Any whim for your money

As reported by Recorded Future, according to the price list PR, the cost of their services starts from $ 180 for the placement of the article on poorly popular portal. For $ 600 they are required to place an article in the regional newspaper, such as Love Belfast in Northern Ireland. But this is not the limit. In the price list are listed and prestigious publication:

In General, two weeks after signing the contract image articles appeared on news resources in the UK.

“We are convinced that the misinformation in the modern world has become not just a tool of politicians and business. Now anyone can raise a question – why work on the formation of public opinion, when it is possible to fabricate,” said the head of analytical Department Recorded Future novel Sannikov.

When positive information about a non-existent company spread in English on social media and was reprinted dozens of sites in the UK, Recorded Future on the same forum found the other PR. He was given the task to tarnish the Tyrell Corporation. A “Doctor Zhivago” reacted to the desire to eliminate a competitor with understanding.

“Doctor Zhivago estimates that for the full effect will take a month or two, because the successful operation of disinformation occurs in stages. It is necessary to spread lies in an organic way. “Proof” for disinformation was supposed to be “real people”. Therefore, Doctor Zhivago created them in the form of individual and group accounts in the same social networks that were used by the Schismatics.”

The report noted: Living will not be embarrassed that all information about Tyrell is limited to the web site and only two reprinted articles. And a month later at the request of Tyrell search engine gave out the negative. The article did not blame the company, but made it clear that in the Tyrell employees are treated as disposable objects, and this company is not worth dealing with.

“Doctor Zhivago adhered to the tiered approach to distribution of materials on social networks. First, were involved a group of old accounts, which houses links to articles that they published in the media.

Was then used a new group of accounts that repost these links to enhance the message. Doctor Zhivago explained to us that when they participate in such operations typically create in social networks, several thousand accounts, as in the early days of the spread of misinformation survival of a small percentage of profiles”.

The report also noted that the placement of negative information in the media, including in highly respected journals, valued at significantly more than the positive.

“One slandering article was posted on a rather questionable resource. However, the second appeared on the website of the newspaper with a century of history”.

The total cost of the campaigns of disinformation initiated by Recorded Future, made 6 050 dollars. Of these, about 4.5 million left on black PR.

“Today, the Tyrell Corporation lives on social media and search engine results. Search by domain name will represent unfavorable content created by Doctor Zhivago. In the direct search for the name of the company appears positive articles and social media accounts created his character”.

Disinformation services seems to be a growing problem.

In June, Wired magazine reported that the technical incubator of Jigsaw — a division of parent company Google Google — acquired Russian campaign employed trolls. The goal is to pursue he created a fictitious democratic activist group.

The disinformation campaign took place on Twitter. She was part of a larger study and cost only $ 250.

Three months before Facebook announced that have removed hundreds of fake accounts belonging to Israeli Archimedes Group. The group conducted a disinformation campaign that sought to affect political attitudes in dozens of countries in Africa, South America and Southeast Asia. Goal — profit.

And last week, researchers at Oxford University reported that the number of countries using political misinformation over the last two years has doubled to over 70.

Private business is under threat

Of course, the business that distributes the dirt about each other in the media, this phenomenon is not new. But Recorded Future believe that the services of Russian public relations firms highlighted the blatant disregard for media ethics.

So, for a single and a very large sum Doctor Zhivago

In turn, the Dissenters suggested that “service withdrawal”.

“If we ever need to substitute someone in his place of work, to destroy the reputation of a competitor. Also to resist the enemy in the event of a disinformation attack. Or even “sink the opponent in the election”.

In addition, according to Recorded Future, it seems that tech companies are waiting for new hardships.

“The launch of the disinformation campaign is frighteningly simple and inexpensive. It turns out that any restaurant can order the competitors and very quickly get a result. So by the end of next year, we forecast sharp growth of such misinformation. First and foremost, at the level of small and medium business. Then to search engines and social media platforms there are many claims in the area of cyber security,” said Roman Sannikov.