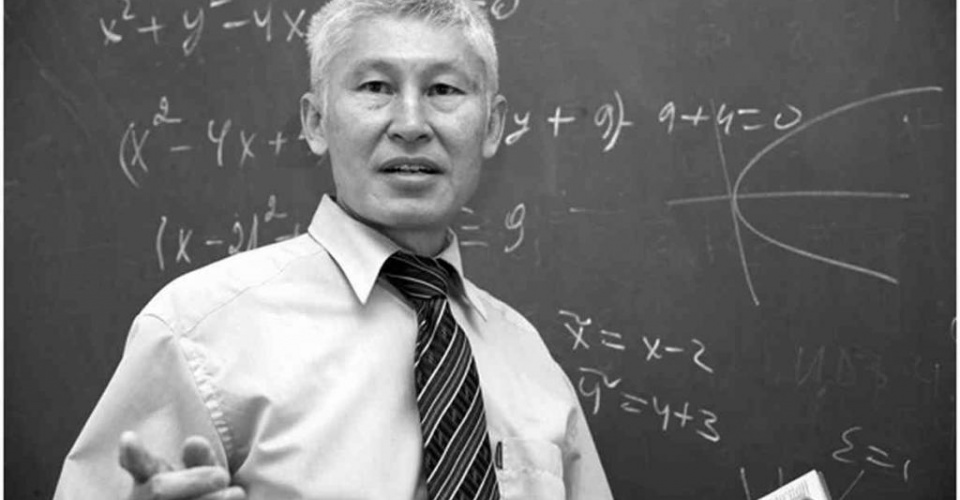 A famous mathematician gave an interview to the portal Stan.kzwhere the talks about books, today’s youth and the transition to the Latin alphabet.

“Alice (Olzhas Suleimenov — ed.) said that now smart becomes smaller. I think, on the contrary, now a smart young becomes larger. Young may not read books, but they are smart. To think that if people read a lot of books, so intelligent — nonsense.

At the time we were considered the most reading country. In fact, I read not so much. The rich filled the bookshelves for the prestige

The book has become a kind of props,” says Zhumadildaev.

He believes that the number of books read is no use. Important to read the right books.

“It’s not how many books you read, and that it is necessary to read the right books. Why read stupid? Wonder fool’s head.

The most important thing for a person is to read the right books, take the information from there and get the right profession

Aizhan Baizakova showed the intellectual level of the Kazakhstan — scientist-mathematician

I think that now young people do not spend time reading unnecessary books, especially fiction,” says Zhumadildaev. — “A 12-year-olds can’t read Dostoevsky, there is one pitch-black darkness, endless sadness and gloom. It is impossible to read famous Japanese writer Murakami — all of his characters commit suicide”.

Also, the scientist remembered the years he had to spend in Germany, and outlined the qualities that should learn from the Germans.

“First, it is the responsibility, dedication. For example, there is the concept of “German work”, that is a sign of quality. People without hesitation buy the item, if you see a “Made in Germany”. There is such a thing as “Japanese work.”

What is meant by “the Kazakh job”? Low quality trash

The concept of “Kazakh as” does not exist. And we need it to form, to reach this level,” says the mathematician.

Also Askar Zhumadildaev stopped at the main deficiency of the Kazakh people — love for lavish celebrations.

“Kazakhs have a big disadvantage, it is often mentioned leading toy dogs. They ask the question: “what Kazakh lives?” And the answer is: “to do Toi”. It is presented as some kind of heroism, a privilege. But it’s not the advantage of the people, and stupidity.

In the world take out loans to open and grow your business, and we are taking on Toi. This is nowhere in the world

I did not go to the Toi and rarely visit relatives and brothers. If you are offended — that’s their problem”, — said mathematician.