30% of income APARKING to direct the construction of multi-storey car parks in the centre of Almaty. 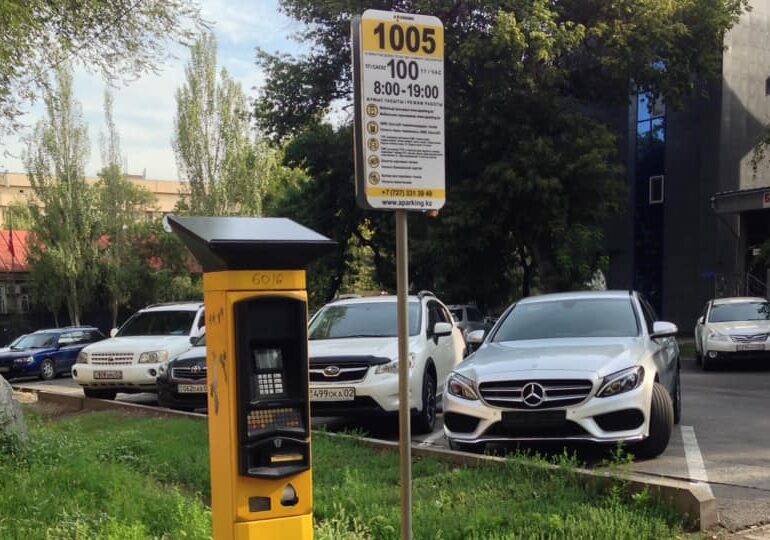 “What is unpleasant to prove that you did not commit the offense, feel like a petty crook, terasem small pockets. On September 12, was in a hurry to the Apple festival in Almaty. Put the car on a paid Parking lot just above the fountains of the Week on the street of Zhambyl. Really do not know how many there will be an hour or two. Came out three hours later. As it should be paid for through the app Kaspi KZ 3 hours and went about his business. Yesterday I received a chain letter with a photo and a fine in 7 575 Tg” — wrote on his page in Facebook the journalist of KTK TV channel Sergey Ponomarev.

The journalist had accumulated questions to APARKING: why do I have to pay in the beginning, but not after Parking, because people often do not know how long their meeting; where the program ID that reads the charges and the number of machines? Why law-abiding citizens have to waste your time fighting windmills?

In his address to the city administration Sergey Ponomarev suggested that the 30% of income that APARKING budget allocates earmarked to direct the construction of multi-storey Parking in the centre of Almaty, in places of a congestion of cars. According to the journalist, motorists are not so painful to part with hard-earned and nice to know that their money built the new Parking lot constructed.

“Aparking investigated. Although I paid for three hours Parking, it turns out I still have it for 55 minutes. The penalty paid, but the issue of targeted money transfer motorists, the part that goes into the city budget, payment, say on infrastructure, solve the system remain unconvinced that it should be” — added the journalist his post.