Altynai Ergeni is one of those believers, who appears on the street in a headscarf. She admitted that the public response brought it to depression — for example, it was difficult to look for work.

A hobby as a lifestyle

To get out of depression and doing things you love helped her psychology. How is the life of a girl in a headscarf, says Stan.kz.

“I thought that you had completely shut down and become invisible, I thought that it is impossible to upload photos to social networks and to look towards men. But this I have blocked many paths in life,”

The woman in the hijab told about the double life

The girl began to lose its vitality and fell into a depression. Contributed to this and the divorce from her husband, Altynai was left alone with two children.

— To develop and reveal themselves, I began to walk to the training of psychologists.

I realized that skillfully combine things, always heard compliments about his appearance. So I decided to seriously pursue a hobby and start charging for it.

Altynai went to work as an assistant stylist, and then she finished the courses became a style consultant.

“We in the family are all good at drawing. I painted since childhood. It seemed as if God himself is pushing me on this. So in search of myself I found my calling,” she says. 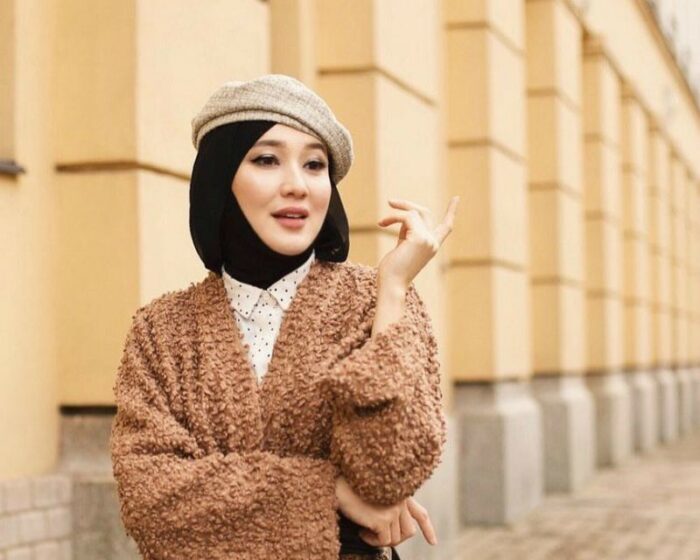 The girl told that in a scarf to stay stylish and sought-after expert.

— Because of the headscarf could not get a job. But I think that these difficulties made me stronger and helped me to find myself and my calling.

Initially thought that if you wear a headscarf, it is impossible to be a stylist. It seemed that Islam and the style is incompatible

Of course, these thoughts were too restrictive. With time I understood that correctly dressed and dressing others is an art. Sense of style — not a personal quality of the person in the first place is a specialty skill and a science. Everyone in this world your taste and your Outlook.

To dress a person, you need to know not only its parameters but also the soul, lifestyle, favorite colors, etc.

Altynai Ergeni also told about his attitude to the view that the spiritual man is important, not the appearance, and the soul.

“We have entrenched the notion that the most important is not appearance and beautiful soul. If the man starts to smarten up, it is directly related to the daffodils.

I think the appearance gives information about the soul

We need to get rid of the concept that the important thing is a good soul. It is no secret that every man looks at the appearance,” — shared the girl.