Is a big Almaty stanitsa historical part of the city. We, all the members of the initiative group had to be walked in the area. Organized tours of old town hobby we like. In this district are located the oldest buildings in the city. Most of them survived two earthquakes in 1887 and 1910.

When once again walked through the large village, understood even a little bit, and from this quarter nothing left. Historic buildings, extant, demolished, rebuilt, cased with Alucobond. So the idea was born to try to implement a project for the conservation of this area, turning it into a tourist area.

— That is, in fact, the idea was born from scratch?

— No, not empty. Once we arrived, everyone from his trip. Personally, I was in Georgia, in Mtskheta. This famous city, former capital of Georgia, which was renovated and opened for tourists. There are very nice. And I felt sorry. 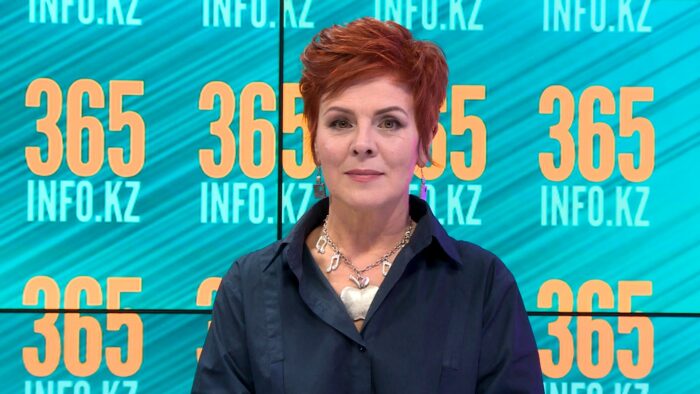 We can often hear: “Oh my God, Almaty, a grey city where there is nothing to show the tourists.” I absolutely disagree with this. Because the house, built in 1880, 1890, 1903 is the same age and witnesses of the ages. They are witnesses of how people aspired to the beauty of organizing your life. The door trims, Stavisky, wide streets, which is why some of our city disappeared somewhere in the order of some obscure seal.

And we thought that it should be retained. At least for

to our descendants, looking at old photographs, asked: “Lord, where are you all go, it’s all there!”

— So what do you propose to do?

— To start we offer the square street Rymbaeva and Arykova, as well as the surrounding streets, just to improve: clean the ditches, put out the garbage, and finally the street lighting where it is not. Then a lot of work with the locals. To accustom to the fact that the garbage you throw in certain places and not wherever they want. Do not, for example, half of the house painted in red and second in green, etc.

— My house is what you want, in such and color.

— Here it is in order to avoid such conversations, the surrounding area should be given special status and historical center. It was then already the master of the house, before doing the repair would need to contact the experts.

— He will curse you, how many approvals have to spend – I want to paint the fence purple paint… Oops, you can’t.

— There is a fence — the age of the 20th century. They are made from Tien Shan fir trees, and with them nothing happened during this period. Many house owners can themselves act as guides. For example, one woman grandfather along with Zenkov worked on the construction of the temple. And people who can tell a lot about the history of their ancestors who lived in these houses, very much.

And as they have

— So, you propose to make such a Museum under the open sky?

— I will say more, such places exist in the world: it is, for example, Mtskheta, Buenos Aires, Samara. In Samara there was generally quite a unique festival, “Tom Sawyer fest.” The idea is unique to our time: people from all over the world can come to this city in their holidays and free to help with the repair and restoration of old buildings. And as strange as it may sound, but the festival has become very popular, providing an impressive flow of tourists.

And if the area of the village at least a little bit tidy, it would be happy to visit foreigners. They still do it -find us through any chat rooms and forums and ask for a tour of the old town. That is, the demand is there.

As the public accept this idea?

— Surprisingly very good. We presented our project to understand how interesting the city. It is a huge number of people all would not fit in the hall, stood. Write down our phone, expressing willingness to become volunteers. Including young people. I have done a presentation of this project at KSU, girls, boys fit down my phone.

There is support chief architect of the city. He came to the presentation, listened to us, and then said, “You know, I’m very grateful I lived for 30 years in the area, I grew up here”. Then we supported the “master Plan”, “Arcod” and “Qlab“.

— But local people reacted to the idea?

— First negatively. To the extent that some wrote: “Hands off our area, nothing we are here should not be changed, we want to preserve”. Well, if you want to save, so this idea had to come from you, not from us, from strangers in the first place. Secondly, we also want to keep it, let us unite.

We just want him to improve and that life appeared in the area. We were invited to walk on it professionals from Medeu akimat. Came a young man and was very active — instantly fixed. I really don’t know why he no we did not, but nevertheless… “here it is necessary to remove the garbage, have the light bulb screwed”. That is,

it turns out, just need the master’s opinion

We have indicated where this is the master’s opinion it is necessary to pay. I think anyway we do it in the first place with the support of the townspeople.

— Where the money will take?

We thought it would be very interesting to those who are there now in business. Currently negotiating with one company, it just positions itself as a company that advocates for the preservation of traditions and of the city. On the order negotiations with construction companies and suppliers of building materials. In General, now operate on the principle “every little helps — bare shirt”. A lot of work.

But most importantly, it is the local people. I hope when they realize the attractiveness of this area for themselves, then organized. Start to create your own tourist infrastructure. I communicate with foreigners and I can say that now

they want to pay money not for the hotels, and to live in an old house

— Approximately so. Now there is no cafe where people can just tea to drink. That was the samovar that stood in the Cup, from which drinking once our great-grandfathers that were there mats knitted.

After the presentation we asked the students of one of our universities, they are just in the hospitality industry getting professions. And they say, “We could help to organize”. Guys, we could, we still not enough for all. And for some it will be small, but business. And it’s great.

There are places where you can organize small fairs, small shops — for example, the same jewelry in the national style. You can put a tent and show how was organized the everyday life of people at that time. Yurt in the 19th century was not only the Kazakh housing, she was absolutely universal, and to our Faithful you can see a house with carved shutters and then a Yurt, then even something like a pagoda.

Well, ideally, we of course (this is the dream) really want to see these old homes deserve to be valued, was right there all assembled.

— That is, all the old houses of Almaty to gather on one street?

Yes, as in Irkutsk. And most interesting, Almaty also have this experience. At the intersection of Gogol and Nazarbayev in Soviet times was the house of a merchant who wanted to demolish the construction of the store “Moscow”. And then Kuhn said that it is impossible for such a house to tear down, it was postponed and now this house is on the street Zheltoksan.

— Yes, we are called “the Historic quarter of Almaty”. We’d ask that we all accept. I am very grateful to those people who have already started we reset the different addresses, pictures and ideas. It is also very important. We plan to invite and employees of akimat and representatives of business, and so on. Active work in the area planned to start in the spring. We are open to all suggestions and any help.