Video with new black daughter-in-law in Kazakh family has caused a wide resonance. The choice of the groom, many reacted negatively: “Kazakh Mixed blood.” 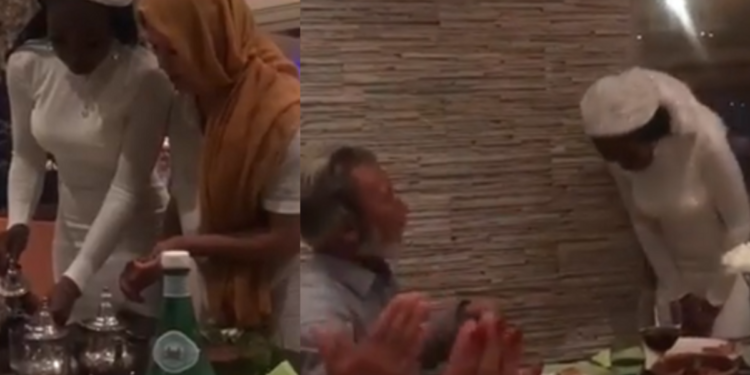 The portal Zamana.kz quoted a resident of the Maktaaral district, psychologist Aizhan Adebiyeti. The expert believes that such cases must be eradicated. In schools of national education.

According to Aizhan Adebiyeti, the current head of the family is not able to control their wives and daughters — women are no longer afraid of men’s anger.

The echo of the meeting: what were you able to tell the feminists in Almaty

“Who offended in this case? All of this is the fault of men who are unable to prevent such things in my family. Earlier our mothers and grandmothers used to shy from the terrible men. And women today neglect them, because some of them have missing male character. Diminished role and family education: wife goes out without a headscarf, shorts, and a pregnant daughter-in-law — in jeans with an open belly.

Even embarrassing to watch. And women do “Salem” (bow) father-in-law and brother-in-law. Who will respect a man if he did not Express their discontent in such cases?” — she is indignant.

“The immorality of women of Kazakhstan, we blame the men” singer

In her opinion, the Kazakhs should have their dignity and not to inter-marry.

“Why do we accept the black bride, why give blacks their girls? Our Kazakhs no self-esteem? We are already rotting. Where are our elders and men who brought to life one glance?

Fearing her father’s rage, we did not wear makeup and not wear short dresses

I myself, afraid to offend her husband, always carry a handkerchief. And their children are also raised with the words: “Father will be angry” “Father will be unhappy.” Thank God, nothing left out. In my family upbringing strict. Where a man of hard will and discipline, and education” — says Adebiyeti.

Take responsibility for the family

Aizhan Edebiyati strongly against inter-ethnic marriages. She believes that the nation needs to save through special organizations, raising the national spirit.

“Blood cannot be mixed. If everybody in our country sought to defend the honor of the nation and raise its culture, we would not stalkivalis with such cases. I’d like to have for the education of youth was created to the specific groups. We will save the nation if every family will be right to guide their children and give them proper upbringing.

To ensure that such situations are not repeated, the Kazakhs must not only the father’s education, the school of national education

If there will be support and monitoring from the state, this issue could be resolved in a short time,” she said.

The editorial also asks the competent authorities to give a legal evaluation of original publications in Kazakh language in accordance with the laws of the Republic:

The Criminal Code Of The Republic Of Kazakhstan
Article 174. The incitement of social, national, tribal, racial, class or religious hatred.

shall be punishable by restriction of liberty for a term from two to seven years, or imprisonment for the same term.