The Network spread the video from various performances of the poet and the Islamist of Mukhamedzhan Tazabek. 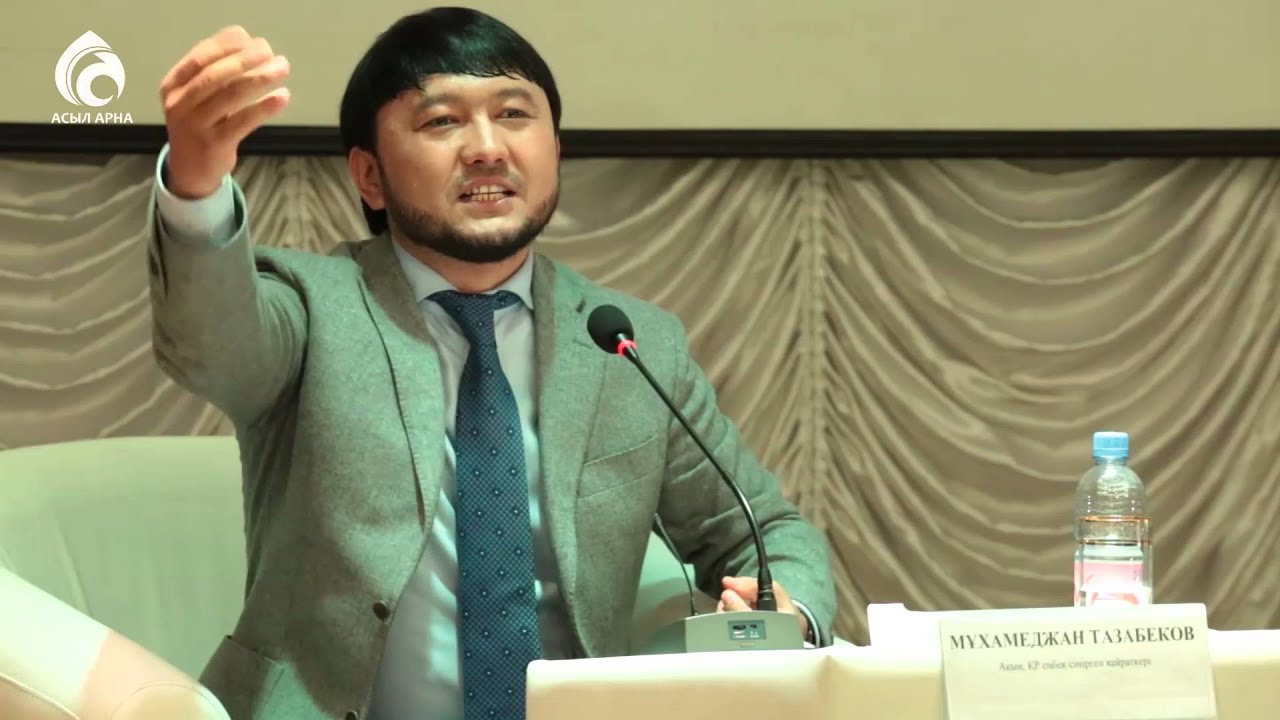 “Not to succumb to provocations”

Video public figure deals with the themes of recent meetings, which were attended by mothers with children, Ablyazov criticizes and praises of the Nation.

“We have compatriots who every day sit around and talk on the Internet. He (Ablyazov — approx. ed.) proposes to make a revolution in the country, calls for rallies, hungry for blood. The person who in their native land, even the toilet is not built at the expense of our and your tears of blood and wants to avenge their personal grievances,” he says.

Tazabek also criticized men who admit participation in the meetings of wives and sisters.

“When Kazakhs solved problems on squares, and with the help of women? Where are the brothers? Where uncles and nephews? I think the Kazakhs never had any problems? Of course, they were. Many were orphaned children and widowed women. The problem then trying to solve them brothers, uncles and even neighbors.

Sacrificing children for politics is disgusting. Come to the square with children and forced to give flowers to the police that those awoke a feeling of pity and dropped his hands. Why Kazakhs forbid women and children to ten years to visit the grave during the funeral? Because I care about their heart.

Lead women and children to the square, where panic and er, to cheat with flowers — it’s despicable!”

According to him, should not expect any changes from the “top” nor “bottom”, everyone should start with yourself. In the world there is no country which wished us prosperity. We have to do to save themselves.

Also Tazabek encouraged to appreciate of the Nation, many people dream of such a ruler.

“God gave us such a wise ruler. We need to value it. To rule the state with a well-functioning system is easy. And take to lead the country, where there’s nothing, re-build and ensure her safety — this is the dream of every ruler of the people,” he said.

But the words of Mukhamedzhan Tazabek was criticized by journalists and public figures.

“Where was Mukhamedzhan, when the same Kazakh horsemen came under the influence of radical Islam and did the “talaq” to his sisters?! “When men of other countries engaged in their development, our shortened pants, recited prayers, listened to sermons, which they shared, and went to Syria. If you then talked about the problems people brought up would be credible information, maybe today’s women are not out on the square.”

“It seems they intend to use this unstable time. I would not be surprised if before the parliamentary elections they create a party. They have enough strength and Finance. Where will this lead, you can guess for yourself”.

Religion Kairat Zholdybaiuly has advised the Mukhametzhan the Tazabek not to involve religion in politics and sycophancy.

The Mukhamedzhan Tazabek today left a record on his page on Facebook, where it explains that the video is completely assembled and many of his quotes are taken out of context. But insisted that the rallies are contrary to Kazakh mentality.

“I’m not jealous of the Kazakhs to the area, just afraid that in the end it to anything good will not result.

A not that square, even at home can not establish good relations and avoid problems. Statistics on divorce example of that,”