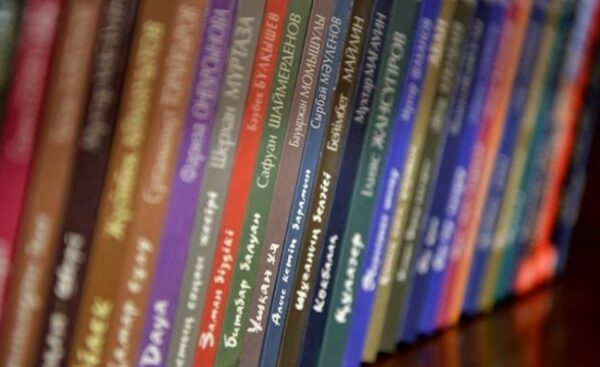 The Professor believes that you cannot blame the young people that she does not read books — young is simply nothing to read. The Professor publishes the portal Alashainasy.kz.

“In Turkey you can find books in Turkish, in Russia, in Russian, in Mongolia, in Mongolian, in Japan, in Japanese. And only on our bookstore shelves are filled with Russian literature. Books in the Kazakh occupy almost half of one shelf, and it is the works of Soviet writers,” writes Samakhiali.

There are also the works of contemporary writers. But after reading the names of books and authors, involuntarily malicious smile, he writes.

What you read in the Kazakh language and why the state order will not solve all the problems? — publisher

“Translated materials on the psychology, which are memorized to the holes in Russian, a synthetic record of some persons, allegedly learning how to get rich quick. Nonsense one whether the actress, or the producer… But it’s probably not appropriate to grin and tears,” he writes.

Kuandyk Samakhiali believes that the book world we have opened a literary, linguistic, and informational expansion. And then blame the young ones dislike of reading.

“Of course, will not read. What to read if native language is not a normal literature?!” — wrote the Professor.