Muhammad Alim — a Turkish citizen, but 22 years in the Netherlands. Not only is he the head of Kazakh cultural center, but also a great cook. 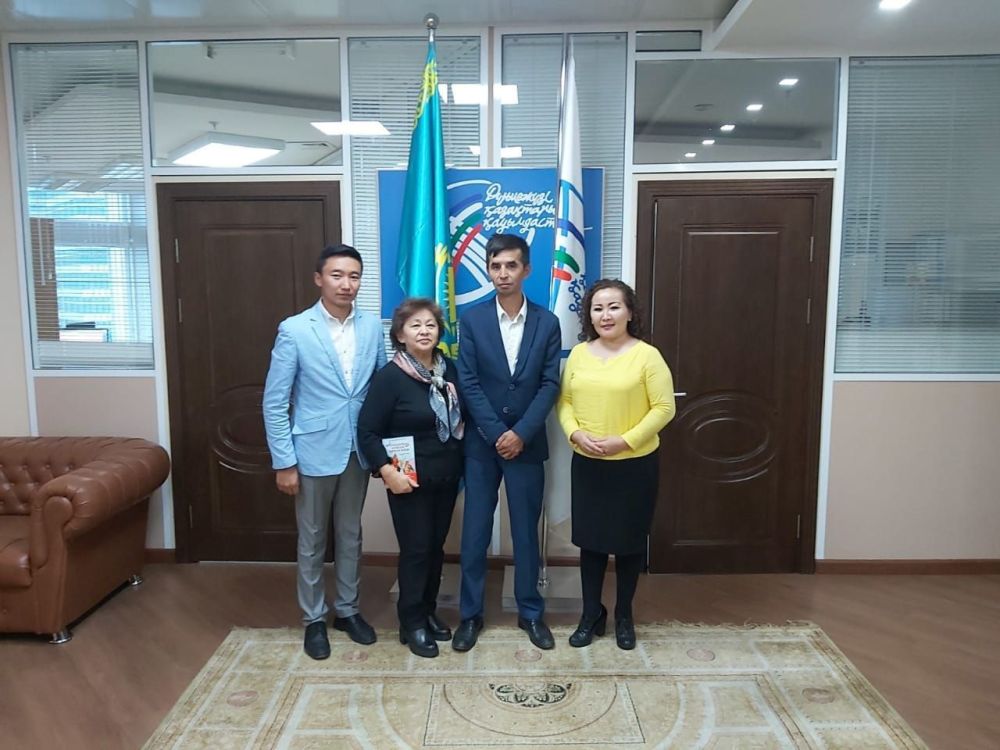 In the Turkish city of Konya today live about twenty Kazakh families. Far away from the homeland they preserved the language, religion, customs and traditions. Mohammed Alim told Sputnik Kazakhstan about the life of Kazakhs in Turkey.

A chef from Holland

53-year-old Mohammad Alim, the head of Kazakh cultural center in Konya. The father is Kazakh, the mother is a Pakistani. In the family of five children. Turkey also settled relatives and friends.

“My husband says in a very expensive” — Kazakh from Istanbul

“Now in our area, six Kazakh families. Fifteen — in the heart of Konya. In the suburbs there is a small village of Altai. There are about thirty Kazakh families I visit them at least 3-4 times a year. Try not to miss the event counterparts. We are always connected,” he says.

Most interesting is that 22 years of his life Mohammed spent in the Netherlands, in Amsterdam and worked there as a cook. According to him, it can cook virtually any dish.

“In Amsterdam 55 of the Kazakh homes. In addition, about six hundred thousand Turks. There is also a well maintained family ties. We all talked and visited each other,” he recalls.

Nevertheless, Alim didn’t want to stay in this country. The reason is the attitude towards Muslims of the local population.

“They do not like Muslims, everyone thinks they are terrorists. Nobody will extend a hand if you got into trouble. In Amsterdam, even if you die on the street, nobody will help.”

“I got married in 45 years. Wife was a Kazakh from China. We met in Germany, but not together and two years later divorced. The reason for the return to Turkey and served as a personal problem,” he added.

Young people and the Kazakh language

According to Alim, in Konya there are no Kazakh schools.

Children now Kazakhs do not speak the native language. It is known only to those who are older than thirty years

In childhood, we were constantly sent to help neighbors. We grew up listening to the stories of elders, and preserved the language. My mother, though, and Pakistani have forgot their language and spoke only in Kazakh,” he says.

However, it does not agree that the Kazakhs living in Turkey now, totally forget your native language.

“Growing up, we parents are told that we will forget Kazakh, become Turks

But, thank God, this did not happen. From generation to generation we continue to develop the language and our traditions,” said Alim.

In this regard, he expressed his opinion about the transition of Kazakh language to Latin.

“I thought that in Kazakhstan, people are friendly” — the history of repatriates

“It is very difficult to read books written in the Cyrillic alphabet. When a long read, a headache, don’t understand. Therefore, I expressly welcome that the Kazakh language goes Latin. This is especially useful for Kazakhs living abroad”, — says head of the Centre.

According to him, in order to preserve the Kazakh traditions and culture of Konya hosts a variety of events and widely celebrated national holidays. In addition, youth attending the lessons of dombra, a magazine in the Kazakh language.

The problem of mixed marriages

Ethnic Kazakhs care about mixed marriages, which at the present time become commonplace. According to him,

fifteen or twenty years ago the Kazakh girl to marry a Turk, ran away from home,

“Turkish matchmakers come in and ask permission of marriage. You would not mind if the daughter agrees. Bless and escorted,” says Turkish-Kazakh.

Speaking about the engagement, it did not avoid the theme of the toys.

Why Kazakhstan will never be a Norway — Overview of Kissme

“You probably know that the Turks call a wedding little guests. Because they don’t like us don’t particularly communicate well with in-laws and distant relatives. Kazakh wedding the coming of 300-400 people. The last time was at the wedding of brother-in-law.

Guests came not only from the cities of Kazakhstan, but also from France, Holland, Germany,” says Alim.

This is his sixth visit to their historic homeland. But despite the love for her, to return Mohammed Alim is not ready. And there are reasons.

“When I first arrived in Kazakhstan, I asked, “Like it?”.

I said, “In this country I love”

Kazakhstan is the homeland of my ancestors, so in my heart occupies a special place. But I’m not ready to move here. During the years of independence the law was not adjusted. I often hear that there are problems with the documents, we have to overcome many difficulties”, — said Mohammed Alim.