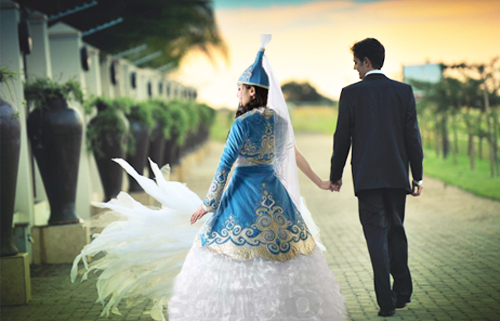 The portal Abai.kz publishes a story Tohiba Normuratova about the plight of the girl who married an African.

— Anel studied well at school, then enrolled at the University in Almaty at the faculty of foreign languages. Mother and father were happy, were proud of their daughter and said that she would make a great specialist. But after a few years suddenly all talk of it ceased. Parents at the mention of the daughter tried to change the subject.

Showing off on the Toi women — review of kissme

Only many years later the author found out what happened. It turns out that contrary to parents ‘ will, she married Africans and went to live in a foreign country.

Mother and father could not accept the result and soon one after the other died. Somehow, over the years, the author met the very anel, much matured, in Kazakhstan at one of the Toi. There she told her family the wrong choice in life and his plight.

I was told that love knows no boundaries. I believed it. When I was a student, three of my classmates married African Americans. We didn’t even grieve as those of our parents. Married to a foreigner, I have also deprived his father and mother happiness Kazakh matchmaking.

The Kazakhs need school national education — a Review of Kissme

Parents have hopes on me, especially my father, he loved me and believed that I will glorify his name…

Next, anel told that having lived in France for about two years, her husband took her home — to Guinea-Bissau. There she learned that according to local tradition, if the husband decides to marry a second time, the first wife he could give to his father. It turned out, men have two and three wives. So did the husband anel. Without thinking, she decided to run away.

I came back and worked here, in the market, because you need to raise two children. About the fate of their her fellow students do not know, — has finished the story the heroine.