The faith of the Kazakhs in “tylsym KS” (unknown force) has generated a lot of traditions. And one of them is a recourse to Tengri. 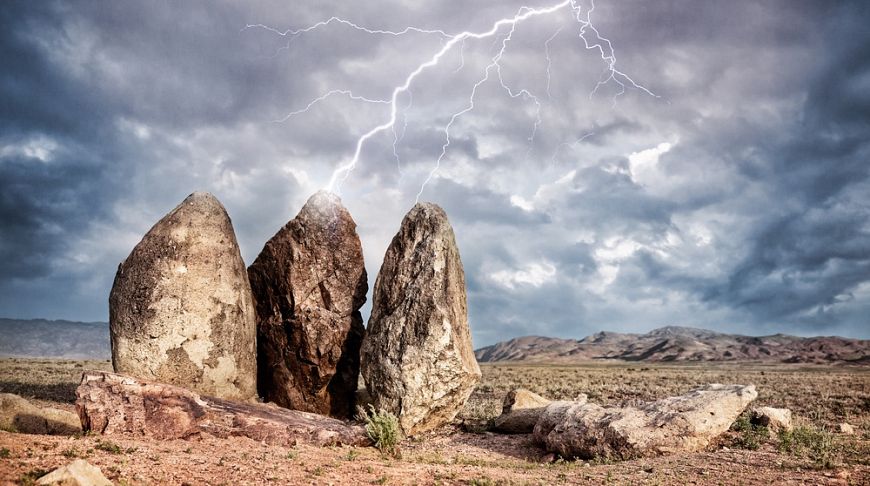 Kazakhs have a lot of traditions associated with the belief in otherworldly forces. For example, “Molina bra fat” (hang on the neck of the plant of grain), “attama” (to cross through the patient) and others. Were the Kazakhs and their God — Tr is the Almighty Creator and master of the Universe. To which, of course, appealed for help in difficult situations. About the ancient beliefs of his people Chokan Valikhanov wrote an article “Tengri” (God). It refers to such a tradition, as Inala.

“There is a circular victim – inala. Caught pwith TICA three times tracing around the patient’s head and then let go. TAK trying to help him overcome the illness. It is believed that in this way the bird takes and carries away all unhappiness and disease.

The one who does the same, takes the sickness and misery, making sacrifices for your sake.

For love expression Kazakhs say “Ainalaiyn” (double around). Mother fondly tells his son: “Ainalaiyn aragam, seragam” (will Pass around the pupil, my light).

Origins of the tradition

Tradition Inala is, in fact, a direct appeal to Heaven. According to the beliefs of the Kazakhs, the location Tr is very high. To theroot of the word “Ainalaiyn” – “ay” (moon), and he has a very broad meaning: “amazing high, giving light, shows the way in darkness, bright, beautiful, kind, strong, healing…”

By far the most favorite treatment the older to the younger Kazakhs is the word “Ainalaiyn”, in which the meaning “I really care”.

Odin of the most famous poems of the great Kazakh poet Olzhas Suleimenov called “ainalayin”. Here is an excerpt.

Wander over the black-and-white light,

In new—York with the epos speakers,

Will be back in the pocket again a spear;

The latest Horde – to the last sea!

For a map of the Straits, savanna and mountains!

All thy diseases have been assuming

And wander, whirl along the roads of yours…”

Tradition Ajnala not disappeared in the 20 century. This can be found from the book “Reichstage that tcken Batyr. Estelar” (Hero, hoisted the victory banner on the Reichstag. Memories).

Olzhabay Temirkhanov wrote about Rakhimzhan Koshkarbayev — Halyk Kaharmany of the Republic of Kazakhstan, hero of the great Patriotic war, hoisted the victory banner on the Reichstag.

“During the conversation with the daughter-in-law of her friend I asked her to tell me about Rakhimzhan.

– He was one of the parents. Well, returned from the war unharmed. Unfortunately, his parents did not see how he was. After the war he lived with his mother’s sister. Then he was not married. Once he heard that the Rakhimzhan got sick, I went to see him. You may seem untrue, but for me it’s the truth. When I entered the room, he saw that aunt Rakhimzhan swirled around him with two small sons on his hands. In tears, she wailed in a voice appealing to God: “take me, Take me, just don’t hurt my Rakhimzhan!”. I was moved, seeing this, could not resist and began to cry.

Having finished his story, the woman wet handkerchief on the point of making a tear”.

(Translation of the author)

Did this tradition is unknown, but soon Rakhimzhan Koshkarbayev recovered.