He ceased to be the language predominantly rural population, although still not was the main. 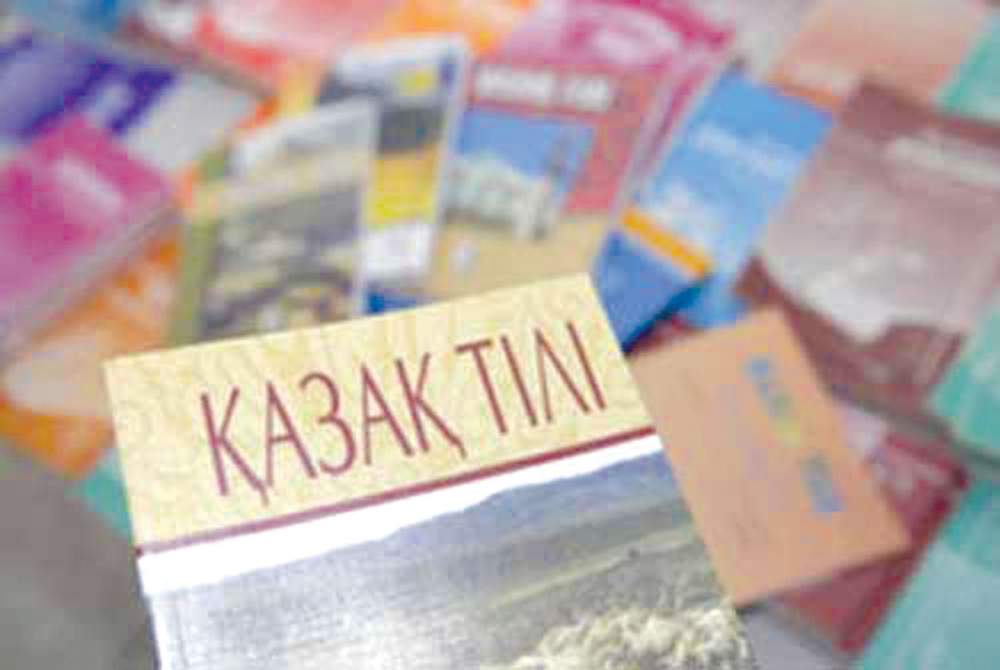 The role of the dominant language is still in Russian. However, the status and role of Kazakh is gradually increasing. In particular, he entered into the everyday life of urban families with middle and high incomes and education. But the professional vocabulary has at least a quarter of the population.

So say the authors of the study “Values of the Kazakhstan society in sociological dimension”.

Why is leaving the Russian population?

The authors noted the important trend

a growing number of young people speaking the Kazakh language

39.2% of respondents aged 18 to 29 years of age at home mostly communicate in Kazakh. This figure is the highest among all age groups. Old people (61 and more) in the Kazakh speaking of only 25.9%.

— It can be argued that among young people there is a positive shift in the attitudes of the Kazakh language proficiency. On it talk and communicate more and more young people.

This indicates the change of status of the Kazakh language in Kazakhstan society,

Russian says 27% of youth and 43% of the older generation. The percentage of those who communicate within the family in both languages is particularly high among citizens at the age from 41 to 50 years to 31.4%. Among older people the figure is the lowest.

Kazakh language comes: how to respond to the business?

The highest proportion of bilingual Kazakhs (35,7%), and lowest among Russians (5.7 per cent). This trend has continued since the Soviet era. Though the share of Kazakhs speak Russian, was much higher than it is now.

— It can be argued that the proportion of ethnic Russian, knowledge of Kazakh, was still negligible. As a rule, the Russian population prefers to leave the country than to focus on studying Kazakh. However

It is necessary to consider other causes of socio-economic nature, the authors write.

Among representatives of other ethnic groups Kazakh and Russian owned 8.5% of the respondents. There is also a regional dependence.

Among the holders of higher education the highest percentage of competence in the two languages (32,5%). The lowest rate of people with secondary education (16.1 per cent).

More in the family in the Kazakh say people with high incomes than with low. Also wealthy citizens often speak two languages.

— This is an interesting results because they show that

and entered into the everyday life of families with middle and high incomes and education. Knowledge of several languages in modern Kazakhstan is a sign of affluent and educated people — the authors.

In addition, an increasing proportion of the bilingual population.

The dominant Kazakh did not

39% of Kazakhstan’s population is fluent, reads and writes in Kazakh language. But possess a professional vocabulary of only 21.4%.

Residents of the southern, Western and Eastern regions speak Kazakh better than living in the North and in the center. 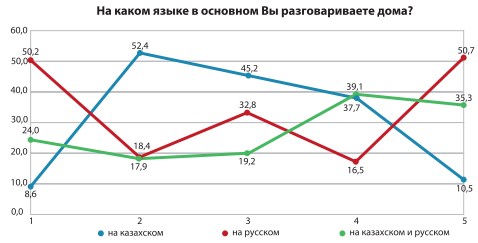 The state language was not dominant, but this role still belongs to the Russian. Fluently speak, read and write, 51.4% of the respondents.

Slightly less than a quarter of respondents are fluent in Russian, including professional vocabulary. Among them 17.5% of Kazakhs, 23.5% of members of other ethnic groups and 38.3% of Russians. In regional terms, the greatest number were in the Western areas (67.2 per cent). Although the share of Russian population is highest in the North and East. But the Eastern region took the second place (58,8%), followed by Northern (52,9%), Central (51,7%) and South (39,7%).

67% of respondents supported requirements for the study of the Kazakh language and 25.5% do not agree with them

The highest share of dissenters in the age group from 41 to 50 years (31,4%), as well as among representatives of other ethnic groups (37.9 per cent) and Russian (38.6 per cent). Among the Kazakhs, there are 19%. The share of citizens with secondary and post-secondary education in this group is 29.4% and 28.3% respectively.

Fluently speak read and write English, unable to 3.8% of the population.

— English is spoken by less than 10% of those who took part in the survey population. Despite the fact that a small percentage of the citizens of Kazakhstan fluent in English, positive dynamics is observed among the younger generation. This trend is likely to be developed in the future, the authors say.

A small number of respondents also understand and speak some French and German – 0.9% and 0.6% respectively. Most do not speak Chinese, but a 2.7% understand certain phrases.