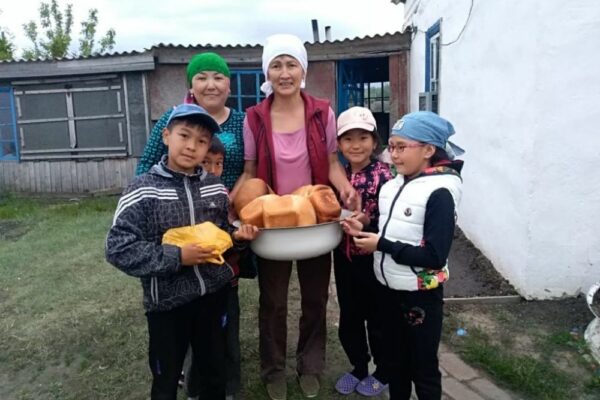 In Omsk the Kazakh language is preserved only at the household level, science can not yet speak in their native language. In the early XX century in the Omsk region were about six hundred Kazakh villages, now there are about forty.

Kazakh community in Omsk — the third largest in Russia. The Chairman of the Board of the public organization “the Kazakhs of Omsk” Kuanish Eleoted gave an interview to Sputnik Kazakhstan, told about the language, traditions and problems.

Kazakh is spoken mostly in the villages

According to Kuanysh Leucaena, Russia number of Kazakhs in the first place Astrakhan, it is home to 180-190 thousand people. In second place — Orenburg, 120 thousand. In Omsk there are about a hundred thousand ethnic Kazakhs.

Data have not been updated for about ten years. The next national population census is scheduled for 2020.

According to him, Omsk Kazakh traditions are well preserved.

“We follow all the customs related to marriage, burial, we are Muslims. However, there are some problems concerning the preservation of the language.

Because Kazakh language is preserved mostly in villages

Now in the Omsk region there are about forty,” — says Kuanysh Eleoted.

Club of lovers of the Kazakh language

But social organization is trying to solve the problem together with fellow countrymen. First, open the language courses.

Initially we had only 10 students, and we now have six courses

and 70 students, we plan to open and the seventh course. We call it Club lovers of the Kazakh language. Participation is not free, 1 200 rubles per month (7 200 tenge). However, it does not bring profit, the money goes to the rent of the building and the salary of teachers,” he says.

Under Russian law, every people living in this country, has the right to learn their mother tongue.

“For example, the Kazakh class was opened in school in Tyumen region. This system we want to implement in all regions. In the seven schools in our region of the Kazakh language is taught as a second foreign language, and we want it studied as native”, — said Eleutian.