The following year, Russia decided to invest 6 trillion rubles extra-budgetary. The primary candidates to receive them are large companies. 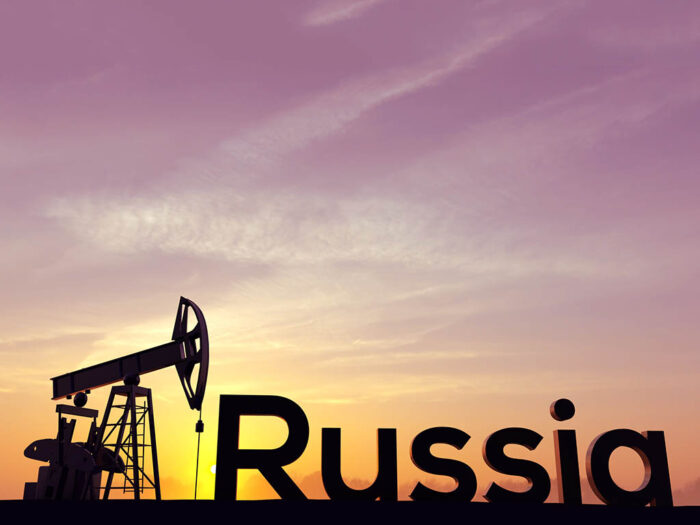 Oil pump against sunset sky with the word russia

One of the most important elements of Russian economy is the so-called “budget rule”. According to him, all the surplus from the sale of oil more than $41,6 per barrel go into the national welfare Fund (NWF). On 1 September the size of the Russian “potbelly” reached 8.2 trillion.

To spend the money as long as the size of the fnd does not reach 7% of GDP. And this is supposed to happen in the coming months. Therefore, the authorities started to think how to spend the funds.

The “extra” money will be a lot: it is expected that

in 2020 from the Fund will invest 1.8 trillion rubles (the current exchange rate is about 10.8 trillion tenge),

in 2021 4.2 trillion rubles (25,2 trillion tenge). For comparison: the cost of Republican budget of Kazakhstan in the next three years are estimated at 38.5 trillion tenge.

The discussion boils down to two key points. First – what, in fact, spend. And second — whether to raise the cut-off price? By law, it is indexed annually by 2%. If you raise it higher, and increase the revenues. If the rule is to mitigate, increase revenues to the NWF.

September 12, Deputy Prime Minister of the Russian Federation Anton Siluanov said that the government agreed on the principles of investing money NWF. According to him, the accumulated oil and gas revenues will be invested in major high-margin projects domestically. So as “not to invest money in our economy is impossible.” In Russia there are “interesting chic designs” that without government support at the initial stage “run tight”.

“They need help. It is necessary to invest in and due to the return of national welfare Fund money, in two or three years to go, and this project will be further developed on the part of traders and foreigners, and our”, — said Siluanov.

Among these projects is the creation of industrial cluster in Ust-Luga, a port village in Leningrad region. Here Gazprom is constructing a gas chemical complex worth 2.3 trillion rubles.

Another potential project Arctic LNG, involves extraction and liquefaction of gas in the Yamalo-Nenets Autonomous district. It implements NOVATEK, 23.5% owned by Gennady Timchenko.

“If necessary the state participation, to stimulate the interest of private investors, we can do it <…> Why not use the NWF funds for this purpose? This brand of high-margin commercial projects on which we [can] go to 15-20%,” explained Siluanov.

The part of means will go on financing of foreign projects, namely the provision of loans to foreign buyers of Russian export products. It will support Russian producers on international markets. Maybe SWF will replace the government loans, which will be used for investments of Russian companies: now according to this scheme, building a nuclear power plant “Rosatom”.

The Position Of The Central Bank

The next day, the statement Siluanov said the head of the Central Bank Elvira Nabiullina. Previously, her position was to ensure that investment in the Russian economy could lead to inflation. And lending to buyers of Russian exports, in fact, is no different from investing in Russia. However, she spoke against high prices cut, but now suddenly changed my mind.

“… Now we have accumulated a certain pillow. And if you have to change the SWF, it is better to do a more transparent way — perhaps in a cut-off system,” — said Nabiullina at the Sochi forum.

Talking about transparency came with an ulterior motive. The procedure of investing surplus NWF is not described anywhere. So there’s a good chance that the future of the trillion will be addressed in closed meetings. Increasing the cut-off price will reduce supply in fnd, but will increase the inflow of funds in the budget the allocation of which is much clearer.

It should be noted that earlier, a proposal to raise the price cut was made by the Chairman of the accounts chamber Alexey Kudrin. But there was no support. And now the Ministry of Finance opposes.

“It is strange such to hear proposals from the Central Bank. <…> Of course, undermine the credibility of economic policy, we will not — change [budget] rules is not planned”, — commented on the words Nabiullina, Deputy Finance Minister Vladimir Kolychev.

What else can you spend?

The overall investment vector does not look very logical. The removal of part of the oil revenues for investments in gas projects is unlikely to help reduce the economy’s dependence on world prices for raw materials.

“The concept of saving oil revenues is to reduce risks and less dependent on the volatility of oil prices. When the NWF funds invested in oil and gas projects, the General meaning is lost. The airbag is wasted and the risks increase. If oil prices fall, these companies will be the first to fall in price”, — said the head of the economic Department of the Institute for energy and Finance Marcel Salikhov.

Alternatively, some experts have suggested that infrastructure and social projects. The construction of roads, ports, equipping hospitals with modern equipment, etc. Perhaps some initiatives will actually be implemented. But it is unlikely it will go a significant part of the national welfare Fund.

In preparing the text materials used The Bell and RBC