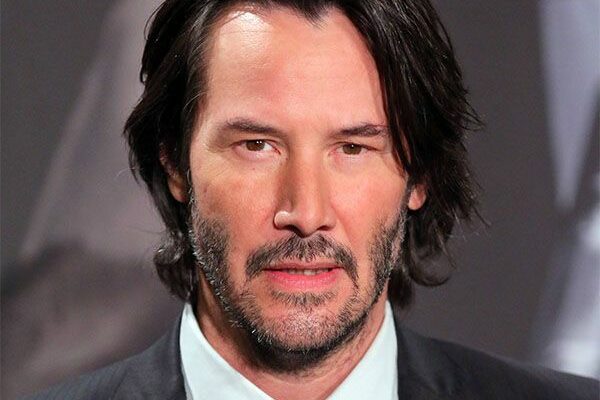 Kazakhstan and Russian authors wrote about the American actor biographical book. It covers the period of the character’s life from birth to the release of the film “Little Buddha”. The publication in mid-November in London. “Keanu Reeves. The unfinished portrait. Part 1” no analogues in the world. Presentation of the project to journalists took place on 3 December.

This project is from the same series. Every self-respecting man should have in his personal library a book about Keanu Rivza. And here’s why.

– I was under the impression that

about this person on the Internet a lot of conflicting information

noted co-author of the publication, the entrepreneur Yevgeny Sihimbaev.

According to her, she often did not understand what you have read is true and what is a shameless lie. Eugene and decided to dot the “i”.

– I wanted to understand and make known his true biography.

Why the author of the book “a 100% Success: practical advice for overclocking” suddenly came to mind the idea to publish in Kazakhstan biography of Keanu Reeves? In such cases, the writers usually say: nothing personal. But everything came out opposite.

In 2014 I became interested in the identity of this person for personal reasons. For what it is – I will not say intrigued Sihimbaev.

And in 2016, the American actor and Almaty entrepreneur met twice in Los Angeles. Had a nice chat. Sihimbaev and Eugene made the difficult decision to help a good man. So was conceived the idea of the autobiographical books in the genre of the novel essay.

But I don’t have all the knowledge to write a book. However, the Network I was lucky to meet the author, who knows very well Keanu Reeves.

He lives in St. Petersburg and bears the pseudonym of Arkady Novikov. Keanu Reeves, it turns out, has a great influence on a huge number of people. And the Russian author has decided to support Kazakhstan’s collaborator in his good undertaking.

We will know the truth

In the words of Sihimbaev out that Reeves is often credited with the words that he spoke.

– Then these words are repeatedly modified by unknown authors – she complained. But each time attributed to Keanu Reeves. Whether these invented words are valuable? Whether they have the truth?

To answer these and many other philosophical questions, the author investigated about 200 sources. It took three years. The result was an event which, no doubt, was eagerly awaited.

– In Brussels at the international literary festival has published a book in English, proudly announced the organizers of the meeting.

Many unusual printed Rives will find readers. For example, this is the cover I was working on the American painter Russell Powell. He creates paintings in a unique way. It is called hand stamping. First, the picture or its part is applied on the arm of Russell. And then transferred to the canvas.

the book depicts the proposed interior of the house Keanu Reeves

Here are paintings by various artists. Thus, the authors wanted to achieve with readers the feeling of walking around the house of the actor as a guest.

And this is only the beginning

Already written the second part, the authors started to work on the third part of the book. And in front of them will be up to six or more. In short, just as much will to live and good health main character.

Next year the first part will translate into Russian language. In the meantime, it is available for purchase on the Internet in the native language of the actor.

It is unknown how many languages we translate. In Chinese, Japanese. I think it will be very interesting – sure Eugene Sihimbaev.

Not left without a gift

As for the hero of the occasion, the first part of wine sent to your home address.

The actor had to get a gift for thanksgiving as a token of deep gratitude for the contribution to the aesthetics and the goodness of this world.